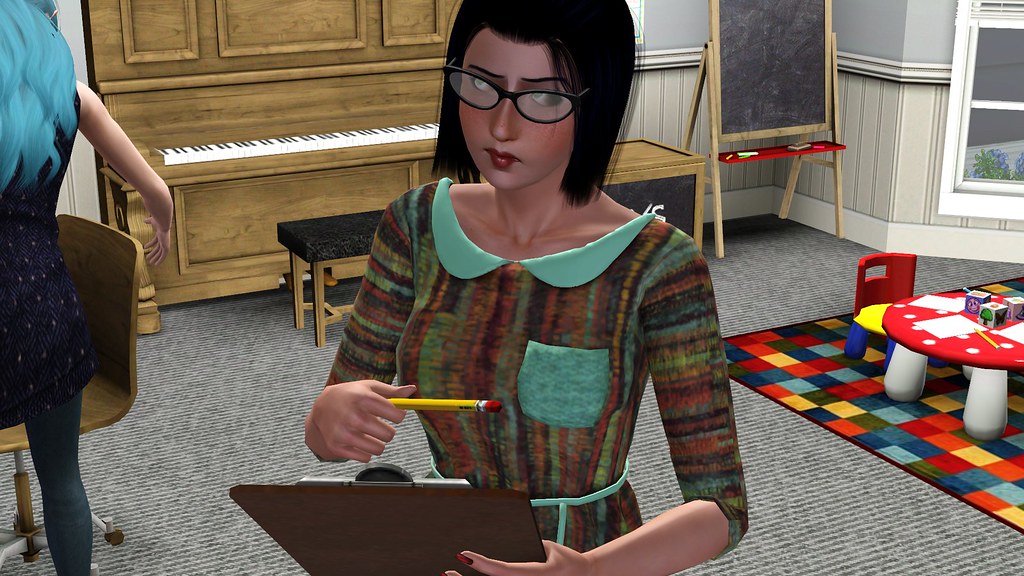 Even though I knew I was going to Simbrook University, I still had to pass my entrance exams for my class placement and scholarship money.  I’d decided to major in Communications.  I had no real plans for what I wanted to be when I grew up and Communications sounded pretty easy.  I was bummed to find out I didn’t have enough credits from high school to graduate early but I was sure I could find a way to enjoy the extra time. 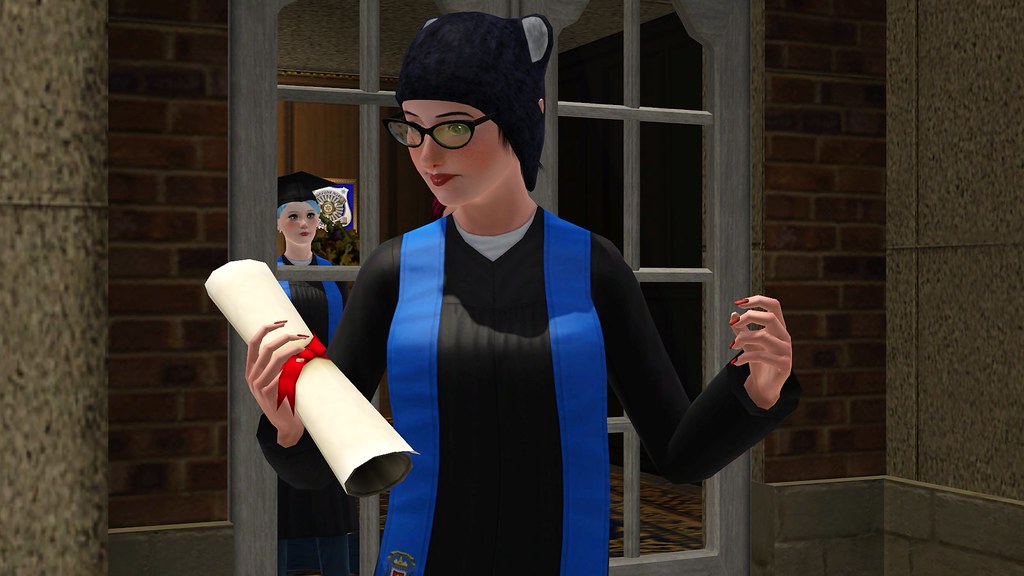 The only thing left to do was to actual graduate!  Yes, I did decide to forego the tradition cap and gown affair.  I felt the gown was enough.  I didn’t even want to go to graduation because I was leaving for Simbrook the same day.  Mom and Dad made me go but it’s whatever. 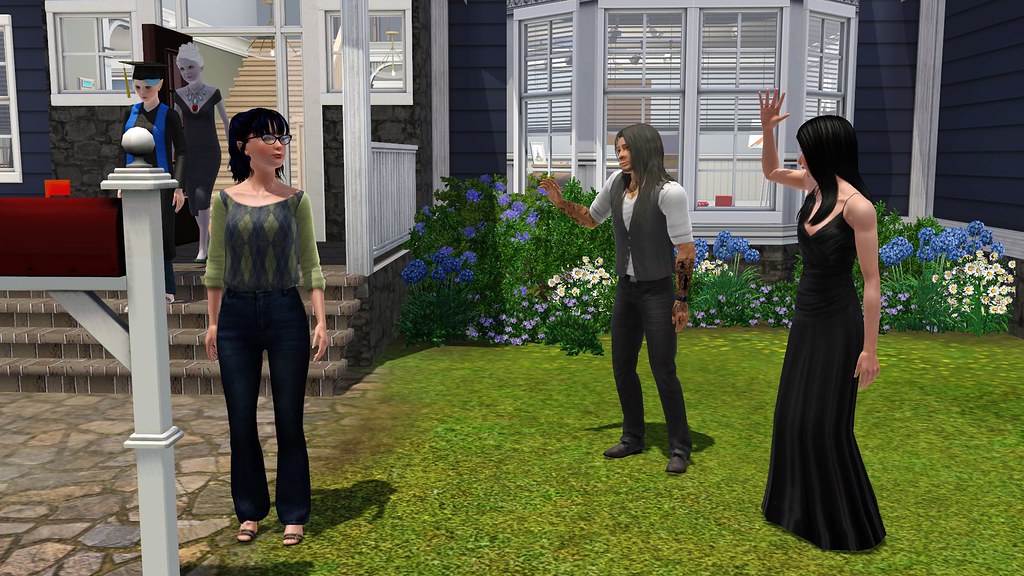 We got home and I changed super quickly.  I still had to finish packing!  Of course nobody else changed so they all looked like weirdos waving me off in their fancy gowns and suits. 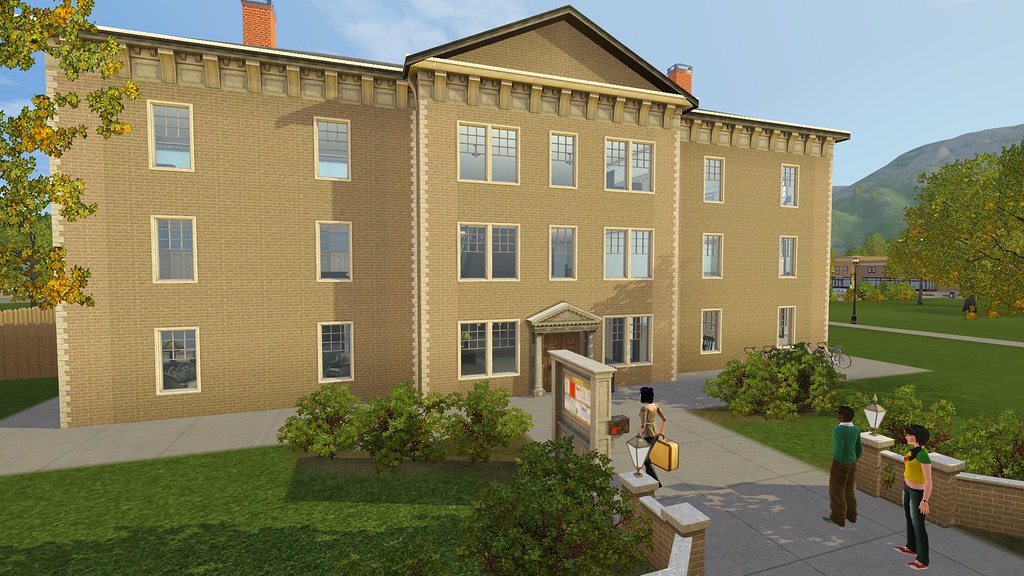 After 2 days of driving, I finally made it to Simbrook University.  I was assigned to Worthington Hall, a prestigious name for a rather lame building.  More on that later. 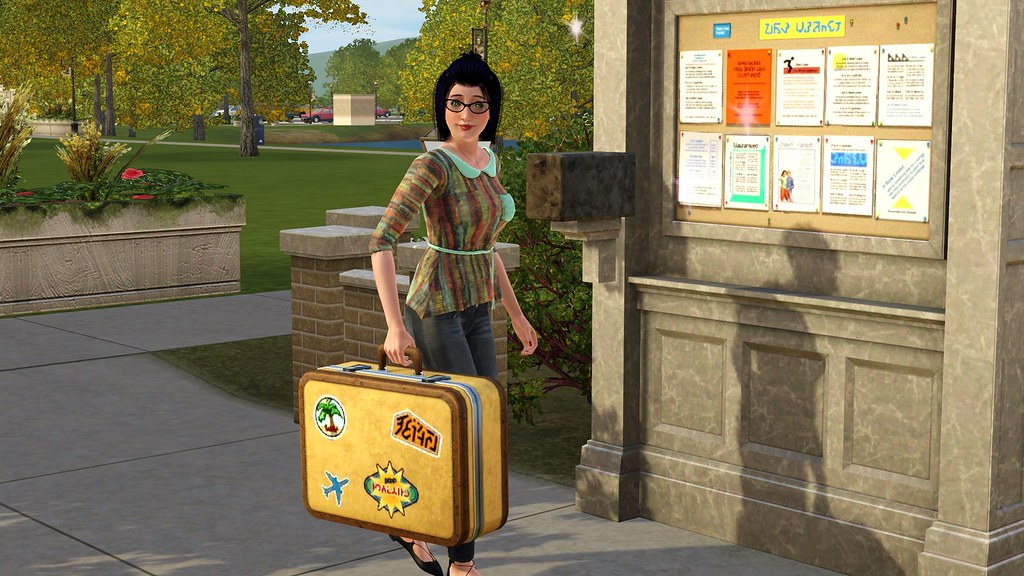 Aw, I looked so hopeful as I walked into the building for the first time.  If only I knew what a hot mess that would turn out to be. 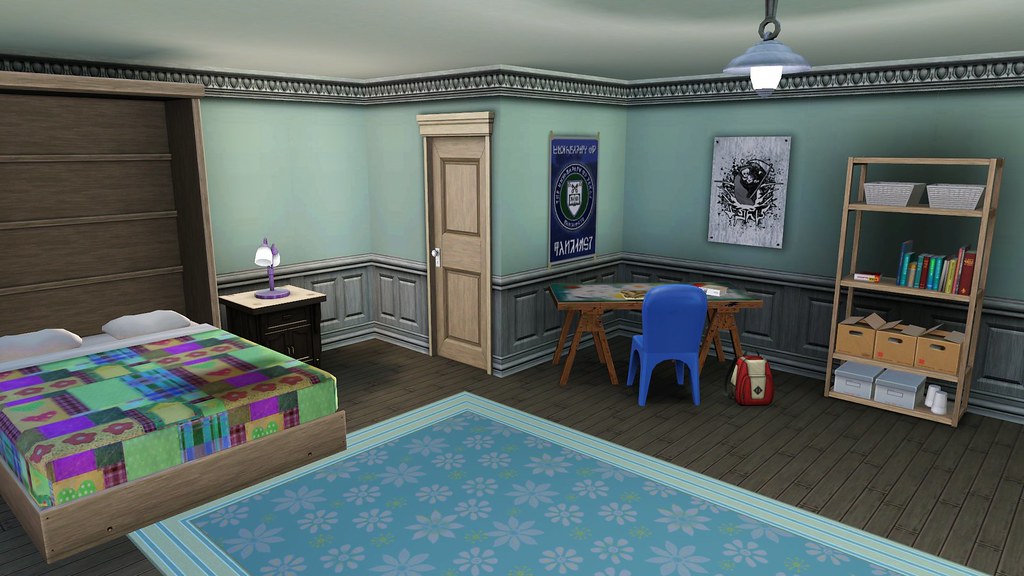 I arrived before my new roomie, she was coming later in the week.  I got to setup my side of the room however I wanted.  It wasn’t much, but it was mine. 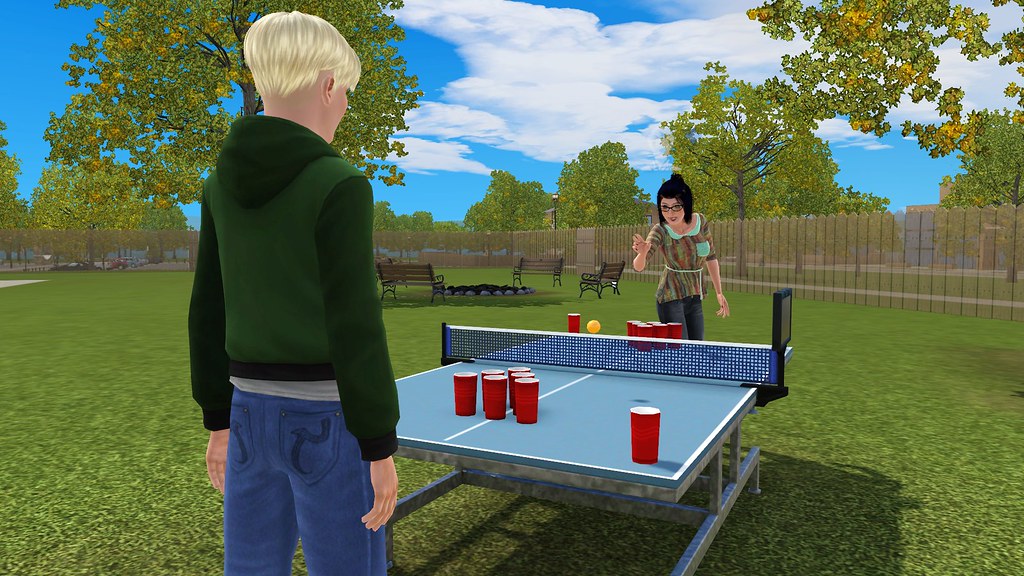 Worthington is a co-ed dorm so I had male and female roommates.  I got right down to business and started making friends.  A lot of this involved drinking games!  That in and of itself was a huge adventure for me! 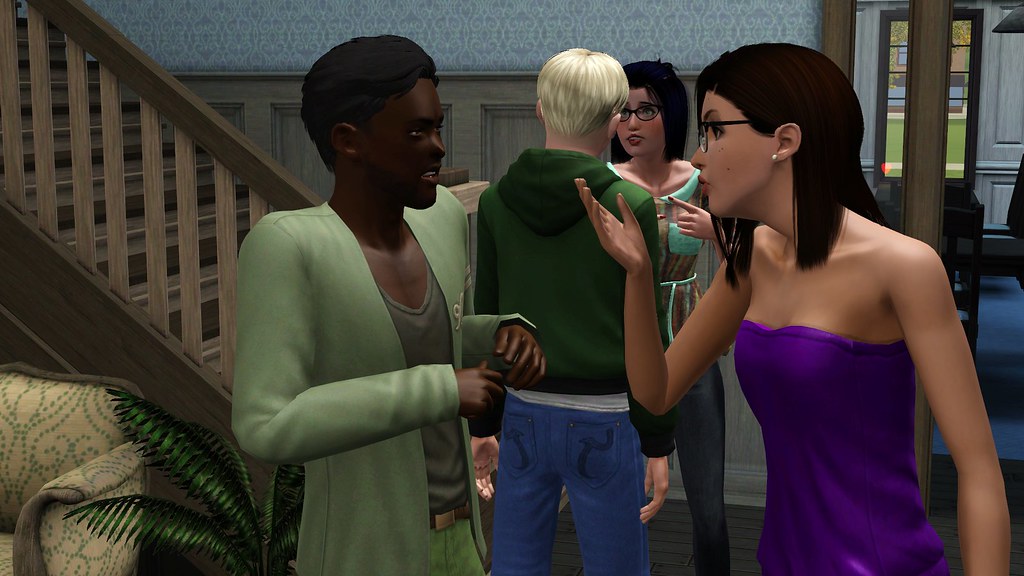 It did get a bit awkward because of my new roommates decided to make their attractions known immediately.  Unfortunately, the feelings weren’t always mutual. 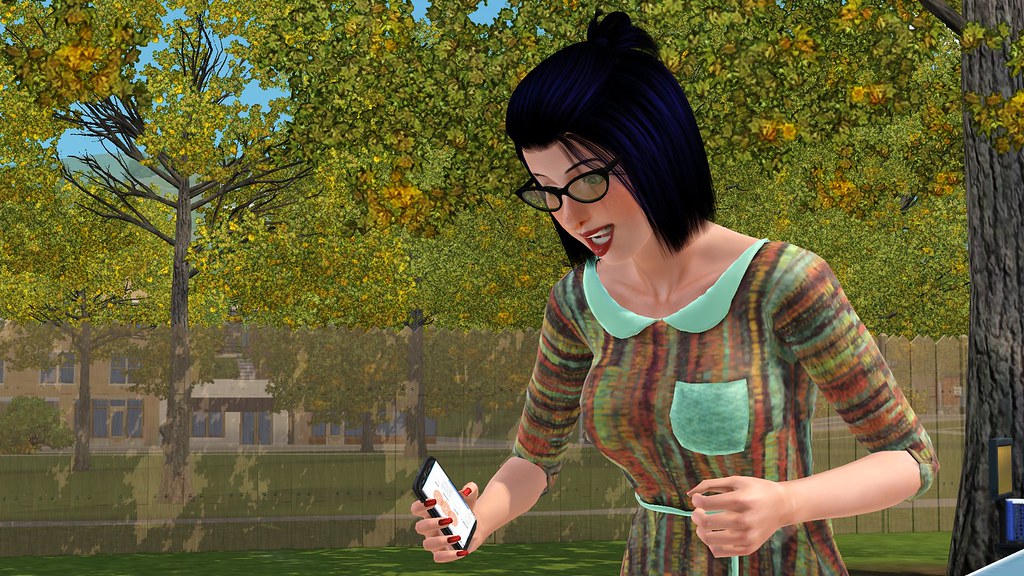 Almost right away I started getting invites to parties!  I actually had to pick and choose what parties to attend! 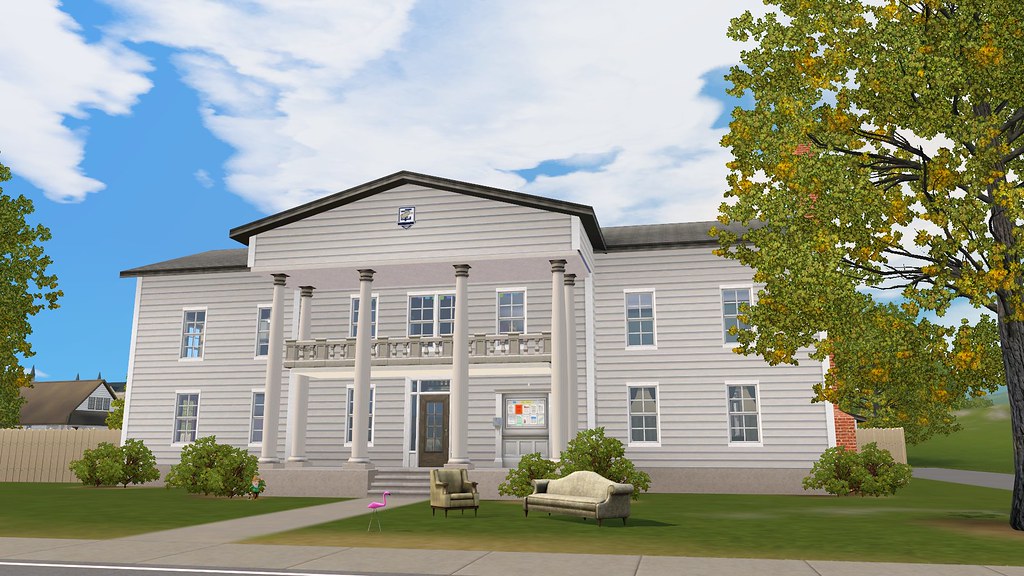 I decided to go to a party at Boddington House, the biggest frat house on campus.  It was sure to be a hoppin’ gig.  The couch on the lawn and the pink flamingo really made me question my plans. 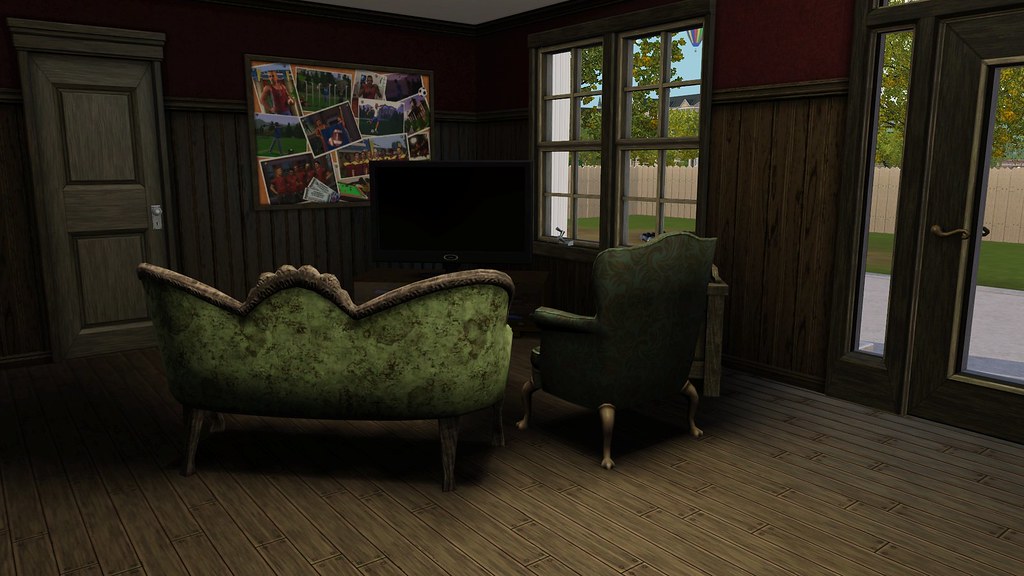 I started realized that I made the wrong choice by staying the dorms.  They had a dedicated TV room.  With a big screen TV.  Worthington only had a dinky black and white TV in the dining area! 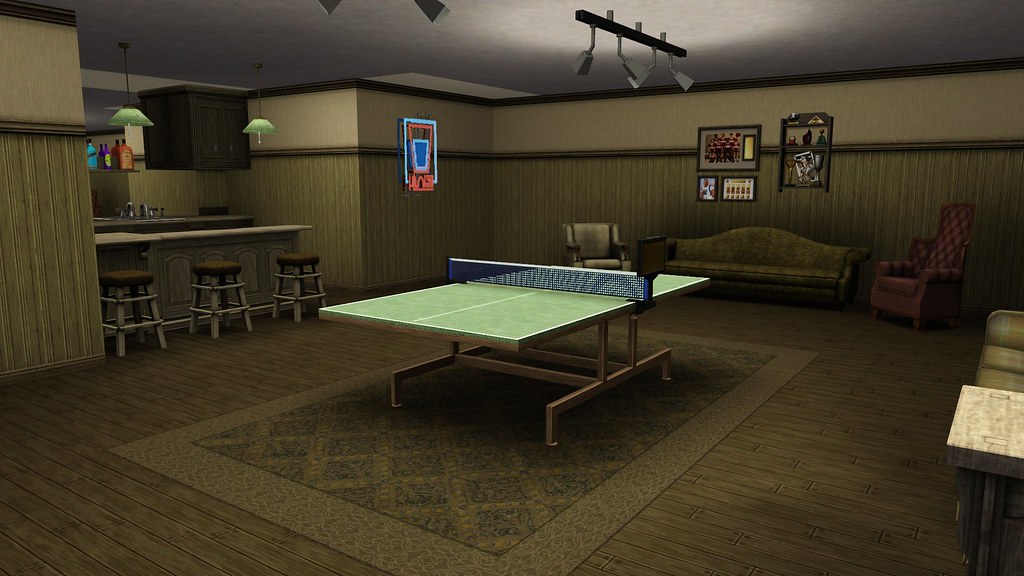 AND THEY HAD A BAR AREA IN THE BASEMENT!  I know, I know.  I didn’t come to university to drink but still. 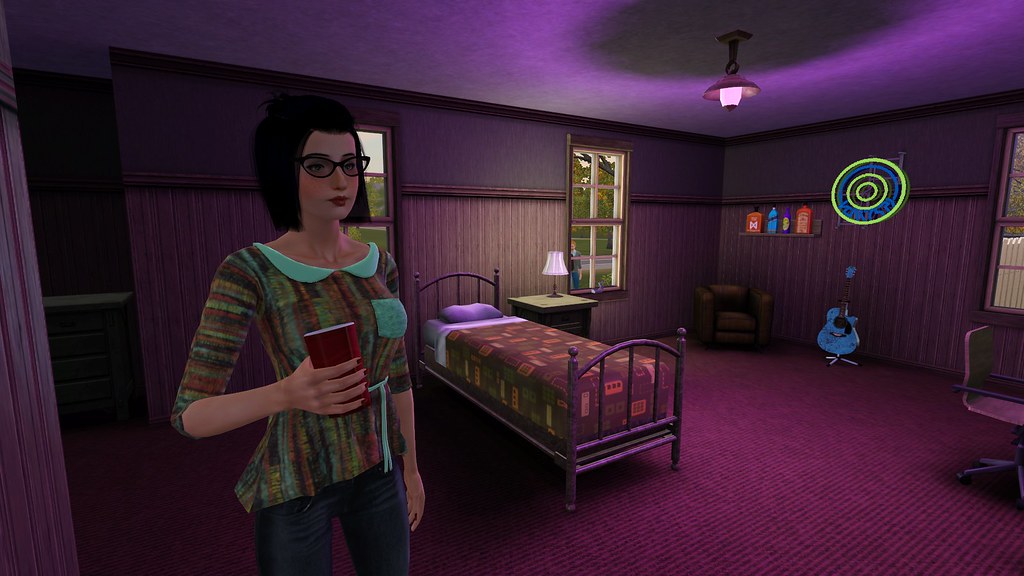 And the fact that everyone gets their own huge bedroom?  Ugh. 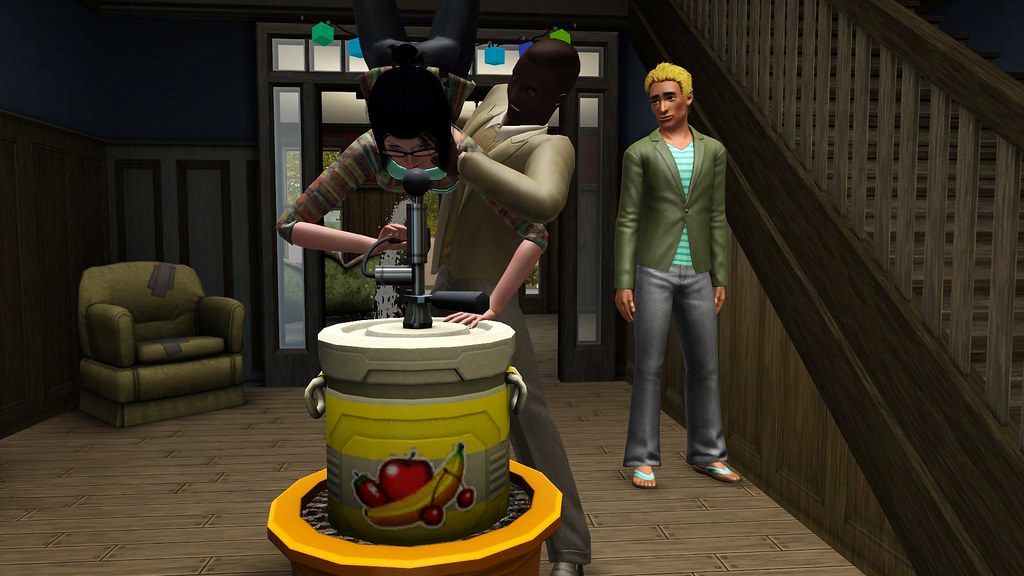 The only way to get over my mopey-ness was to start to party.  Kegstands.  Seemed like a great idea at the time.  The following morning though?  Yuck. 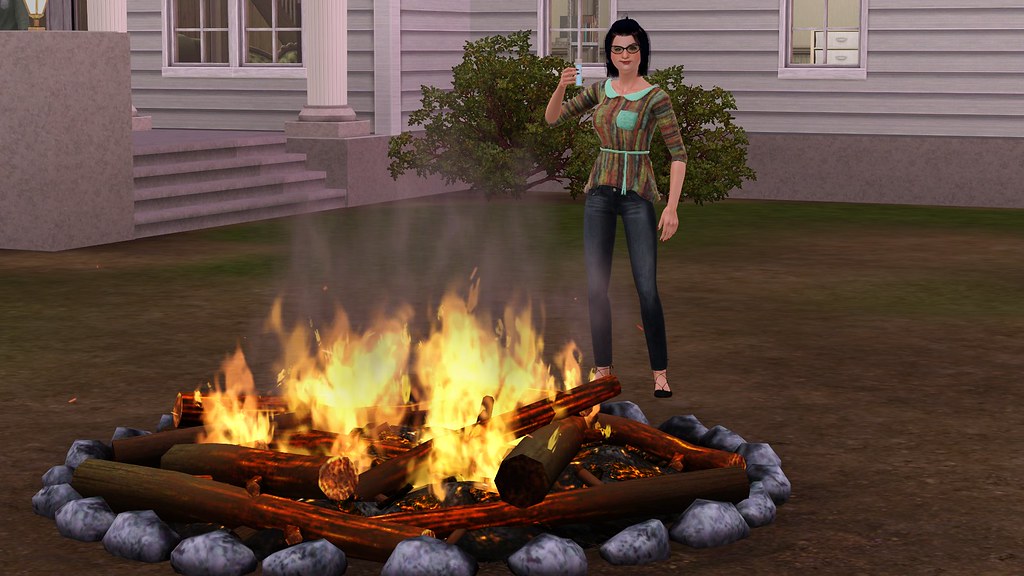 Then the bonfire started.  I decided to be a rebel and throw herbs into the fire.  Nana would be proud I think.  Mom…not so much. 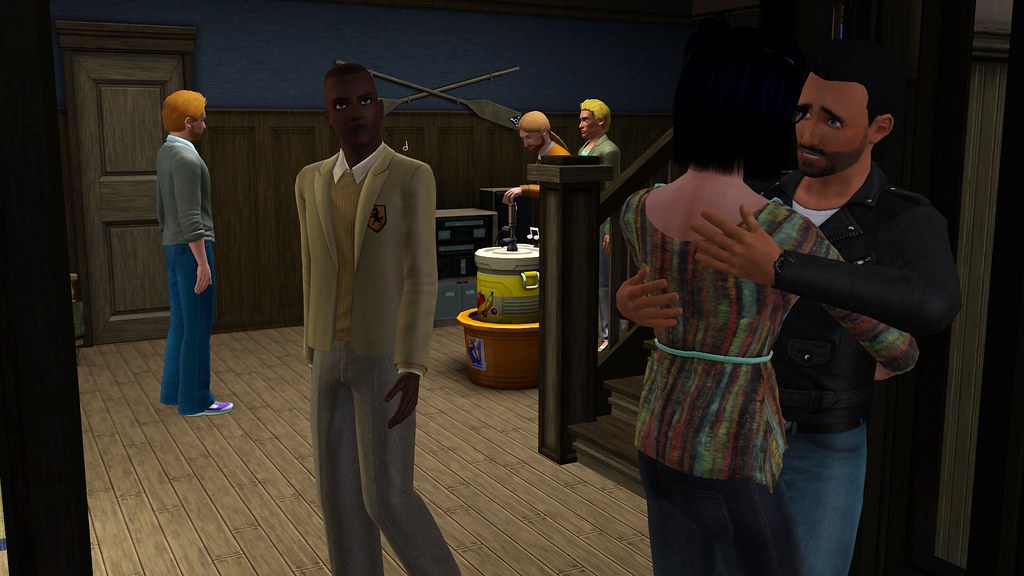 And then I started to get a little frisky with the frat boys.  We’ll leave it at that. 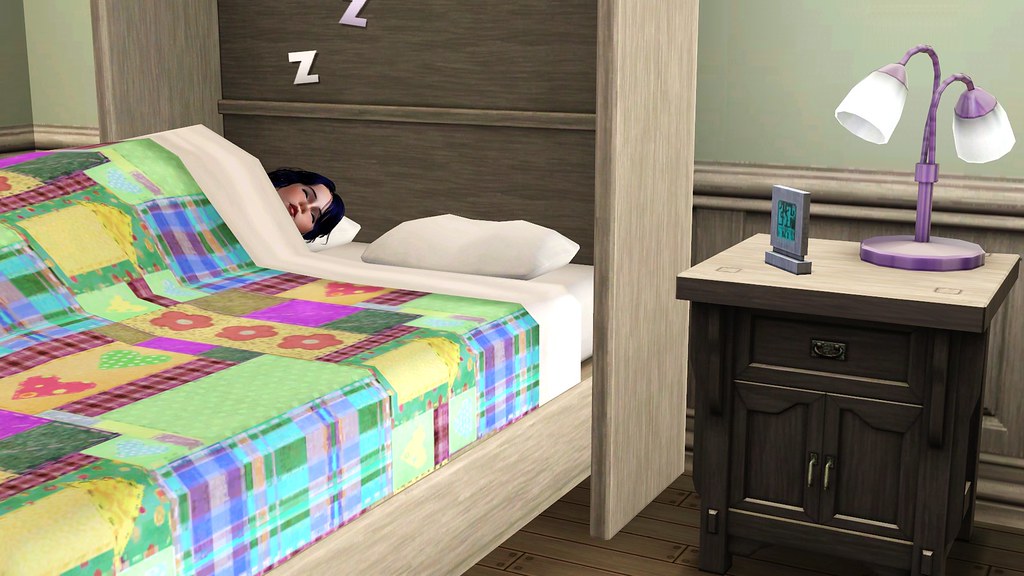 I ended up back in my room around 4 in the morning.  Sadly, my roommate had to be up and at work by 5 a.m.  Normally, this wouldn’t have been a problem but this morning… 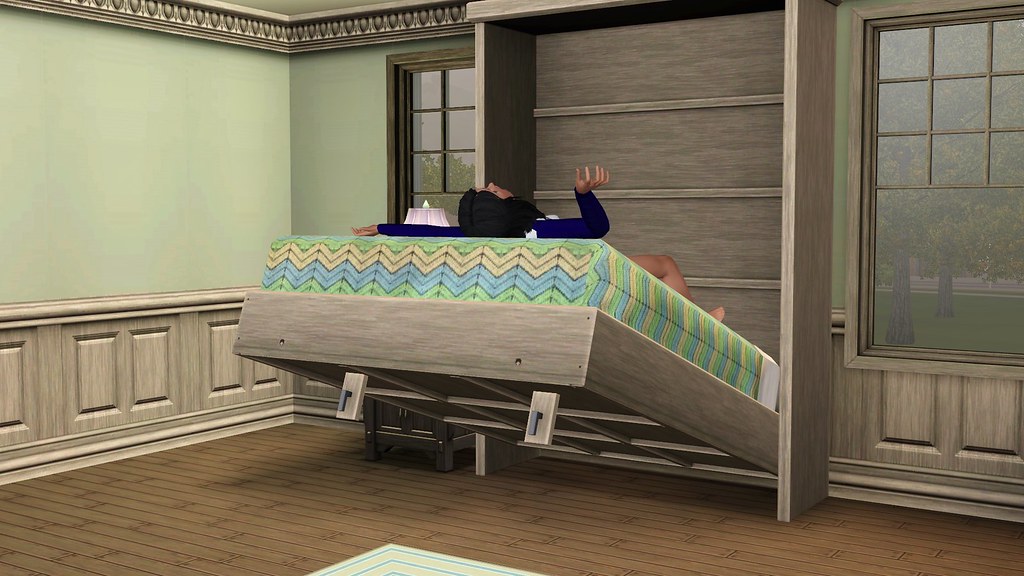 …her bed decided to eat her. 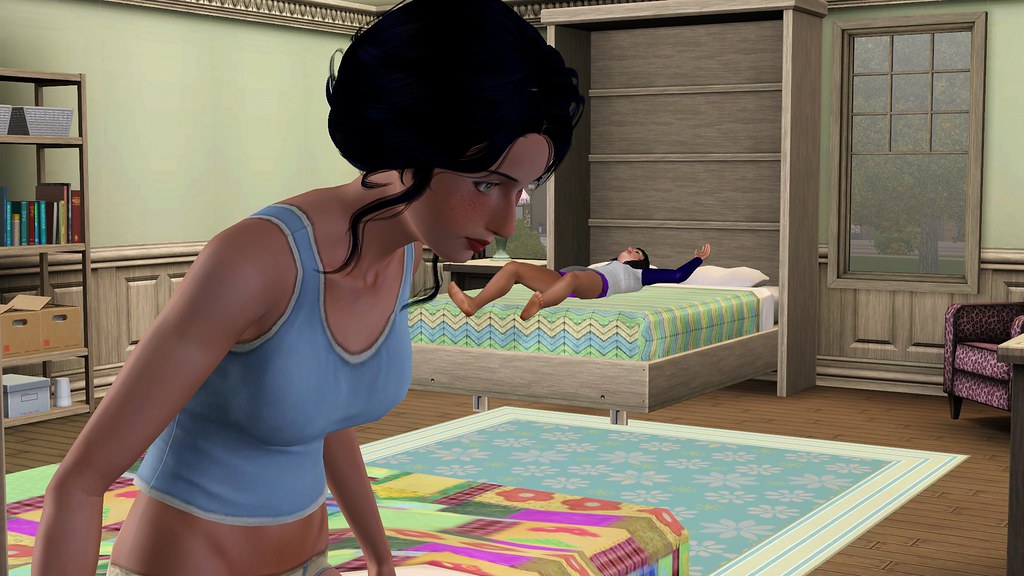 After much screaming and flailing, the bed released her.  Of course by that time I was wide awake and hungover.  I decided to go downstairs for some eggs and coffee. 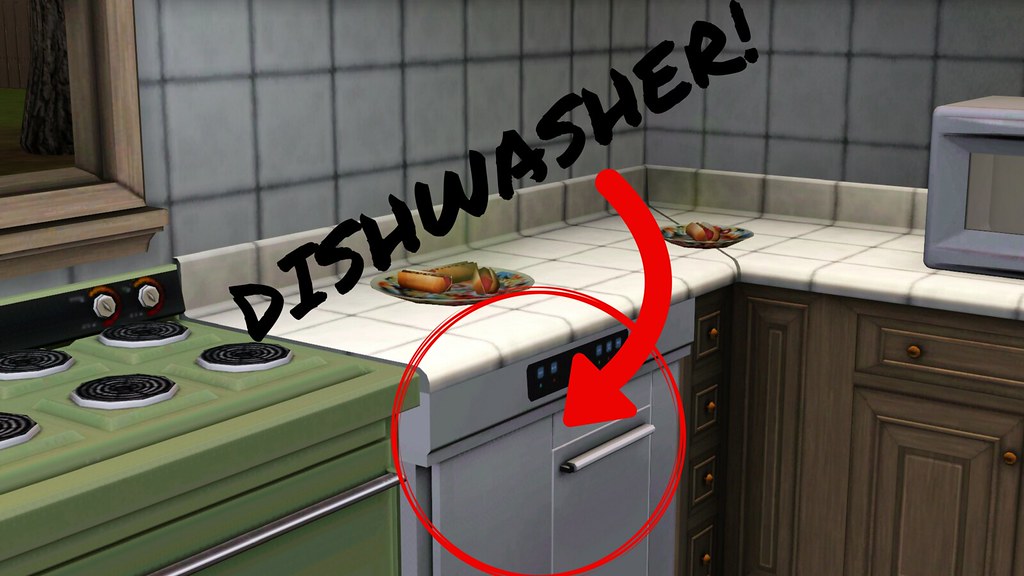 But my roommates had left their rotten food everywhere rather than put it in the dishwasher.  Note the location of that godforsaken dishwasher. 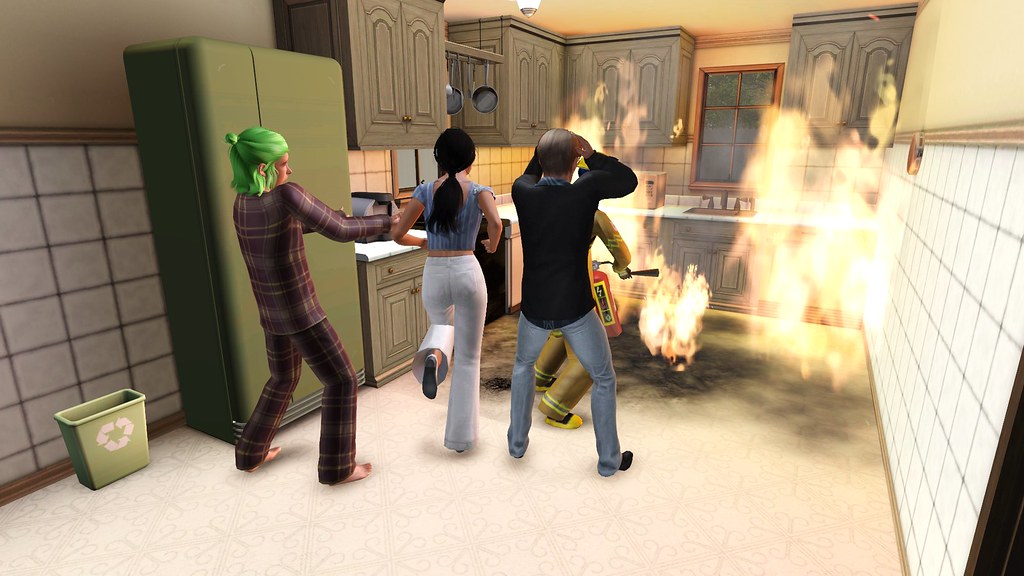 I went down to the local coffeeshop to get a latte and I came back to lots of firetrucks.  Yep, they set the whole damn kitchen on fire.  I’m only a week into the semester.  I’m gonna need to look for on-campus apartments.