Our final chapter of Generation 4 has arrived. 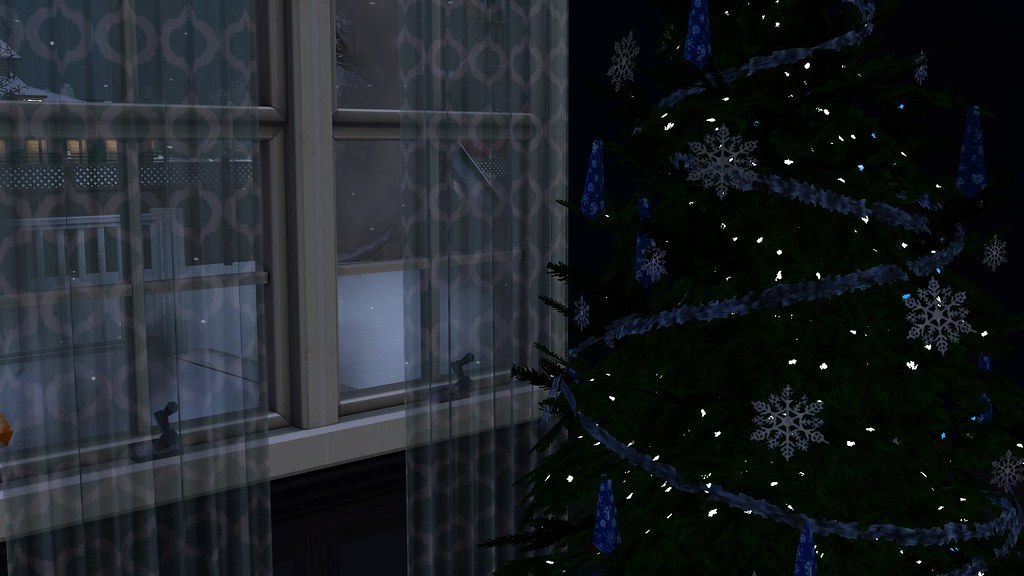 Whoever wrote the song Silent Night did not have teenagers.  How do I know?  Because it’s Christmas Eve and my house is anything but silent and holy thanks to my teenagers.  Well, just one teenager really. 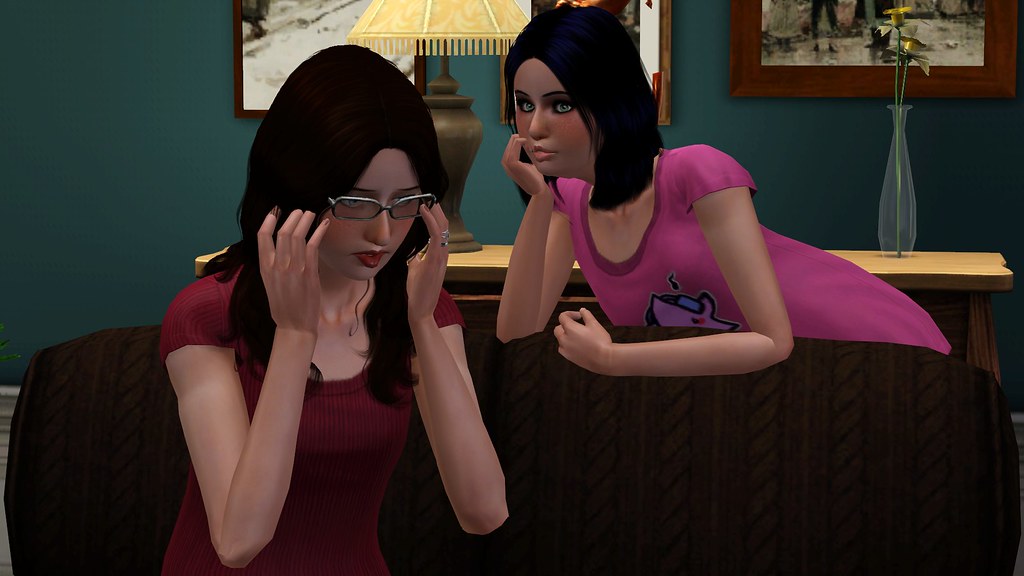 “What do you mean you don’t know where my father is?  I really don’t understand it, Mother.”  Violet had been in spectacular form lately.  If she wasn’t harping about being heir she was complaining about her lack of biological father.

“Are you kidding me, Violet?  It’s Christmas Eve.  Now is not the best time for this conversation.”

“Yes, it’s totally the best time, Mom.  Imagine how happy I will be tomorrow if you just tell me where my dad is!” 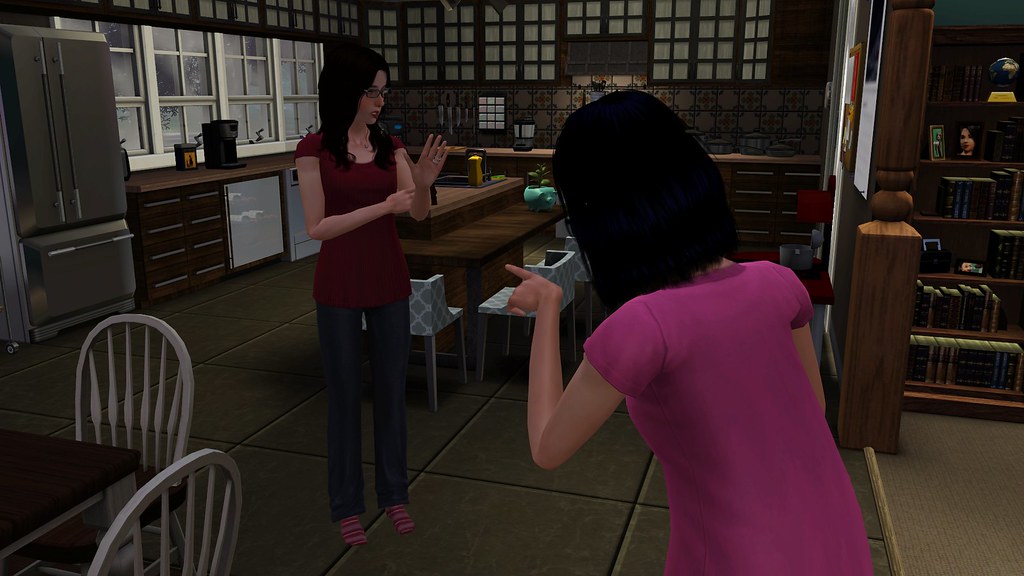 “I will not drop it, Mother.  You’re being unfair by keeping him from me!  Tell me where my Dad lives!  I know you know!”

I probably would have been able to keep my cool but her finger pointing was too much.

“STOP!  I really don’t know where he is.  Yes, he was an imaginary friend but it’s not like I put him in a fucking box in the attic, Violet. ” 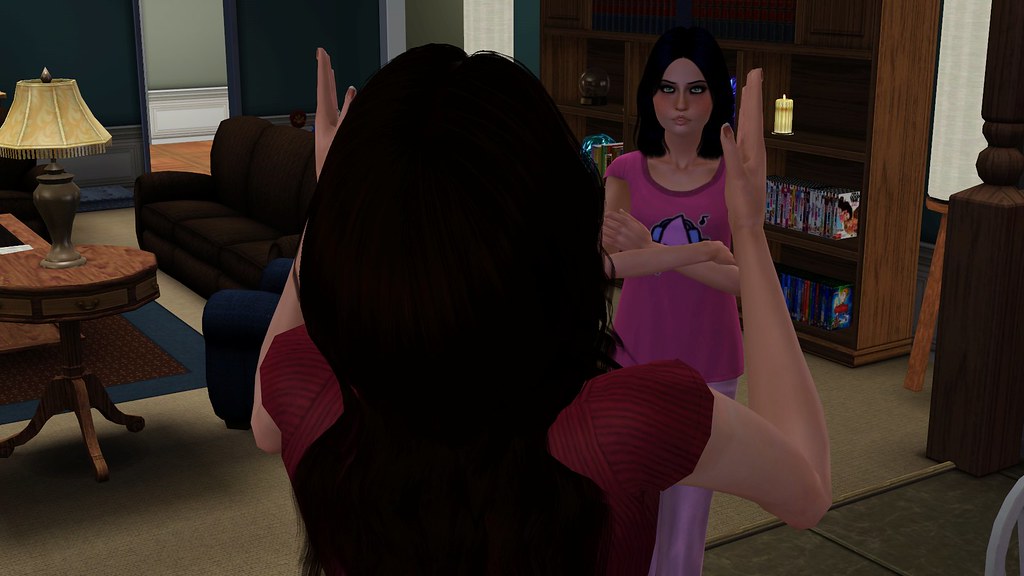 Violet crossed her arms and stared me down.  She looked like she was going to open her smart mouth again so I kept right on going.

“Your father was also a real person.  He saw you as a baby and then he vanished.  Literally.  He turned into his toy form and walked off and I’ve never heard from him again.  If you want to find him be my guest.  His name is Oscar Friend.  Go ahead and try.  See if I care what you do.”

“FINE!  But you’ll be sorry when I find him and I leave!  I HATE IT HERE!  I HATE ALL OF YOU!”  Vi turned around so fast I could barely see her as she stomped off and slammed her bedroom door. 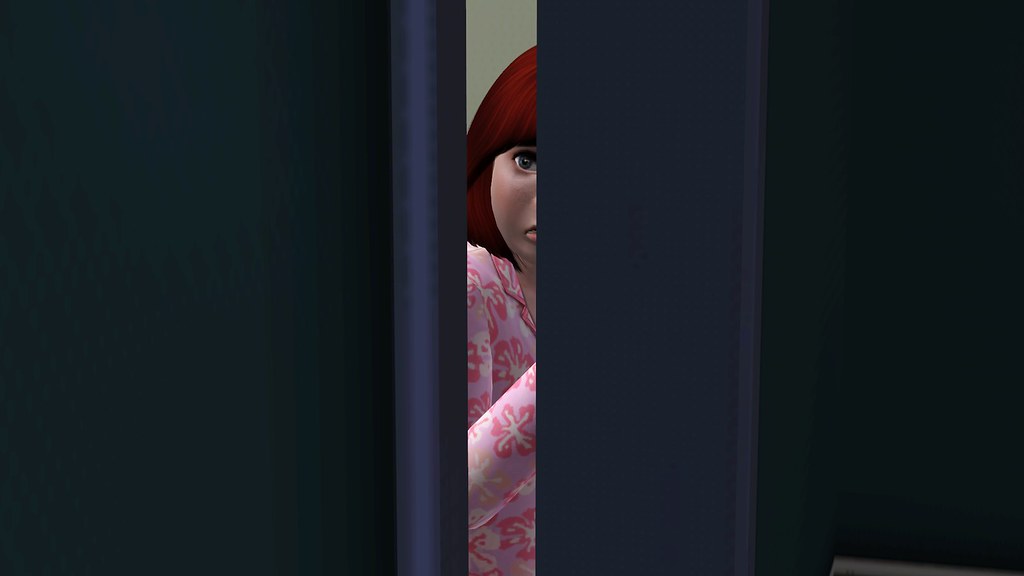 “Mama?”  A tiny voice whispered from around the hall door.

“Hadley!  What are you doing down here so late?” 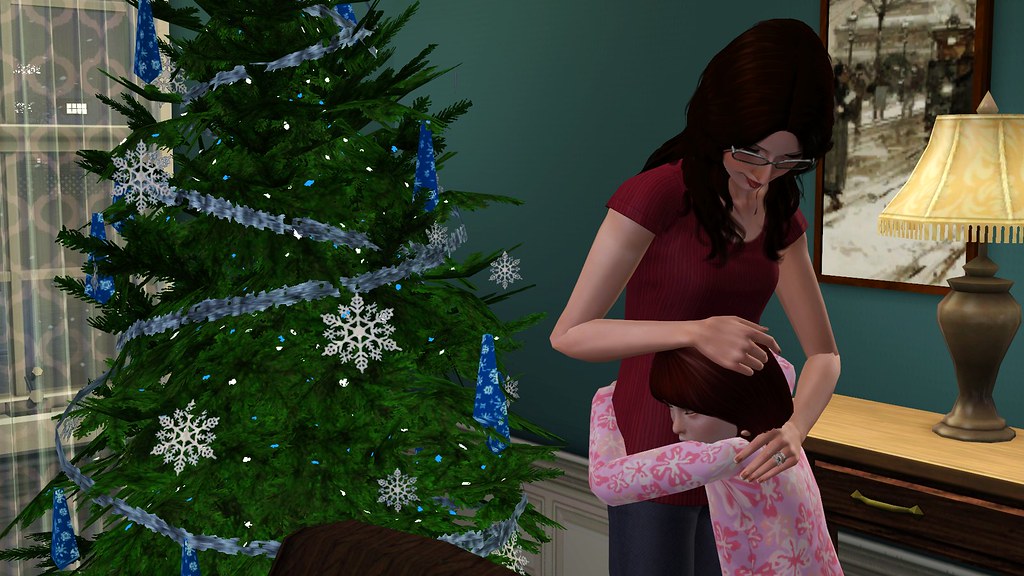 She rushed out and hugged me so hard she almost crushed me while knocking me down.

“I heard noises and I thought it was Santa so I came to see him but then I heard you and Vi fighting and does she hate me and is she really gonna leave?  Will Santa leave her any presents?  She was really mean but she didn’t mean it.  Please, please don’t let Santa forget her!” 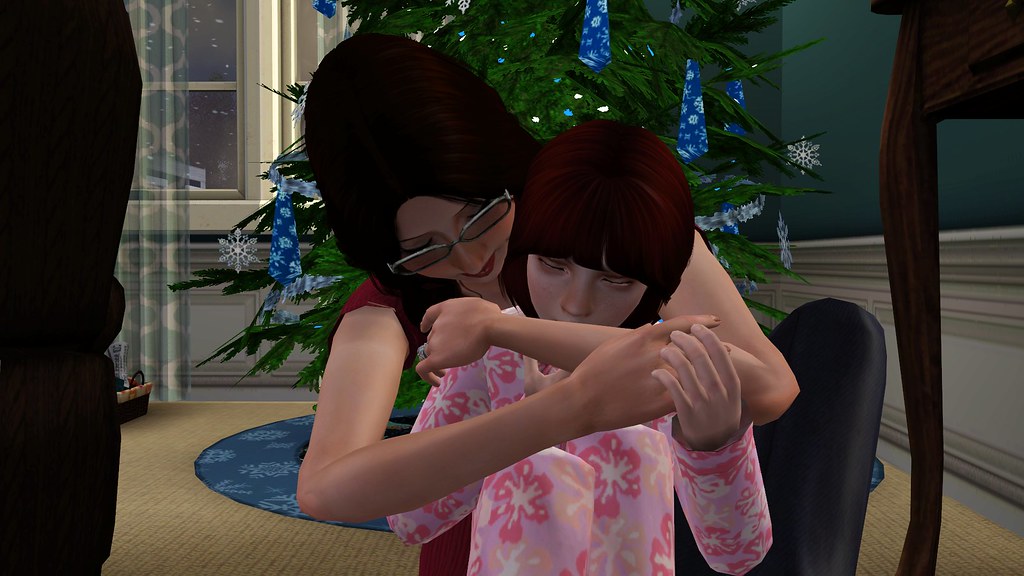 “Come here, honey.  Shhhhhh.  Santa’s not going to forget anyone in this family.”  I snuggled Hadley under the Christmas tree.  “Vi’s just mad.  She’s a teenager and they get weird.  She doesn’t hate anyone.  Especially not you.  Okay?” 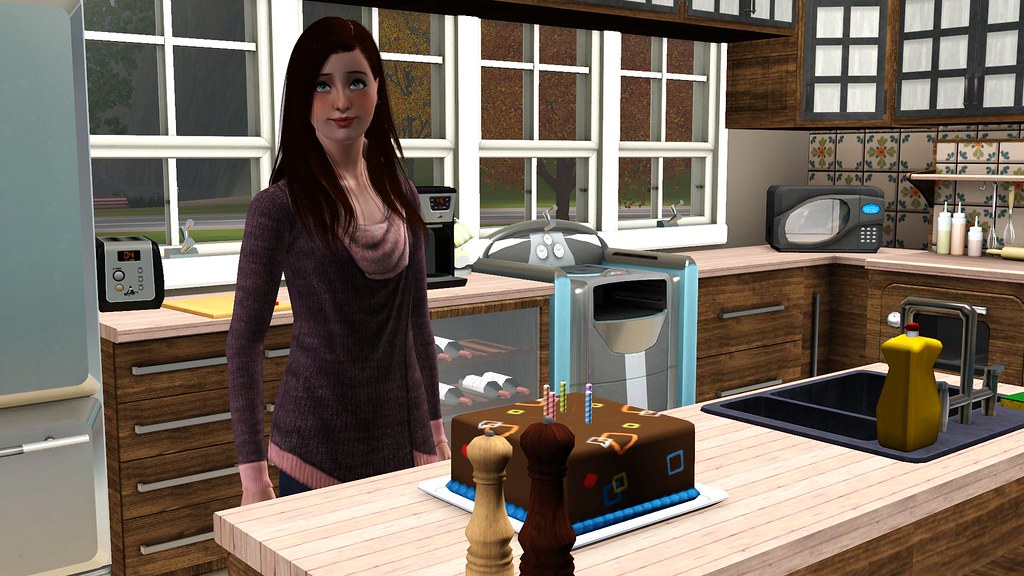 Time has this habit of plodding along even when you aren’t ready for it to move on.  Before I knew it, my birthday arrived.  It was a big one.  40.  I kinda thought I would have more of my life together but whatever.  Can’t have it all I guess.  I have most of it so that’s better than nothing. 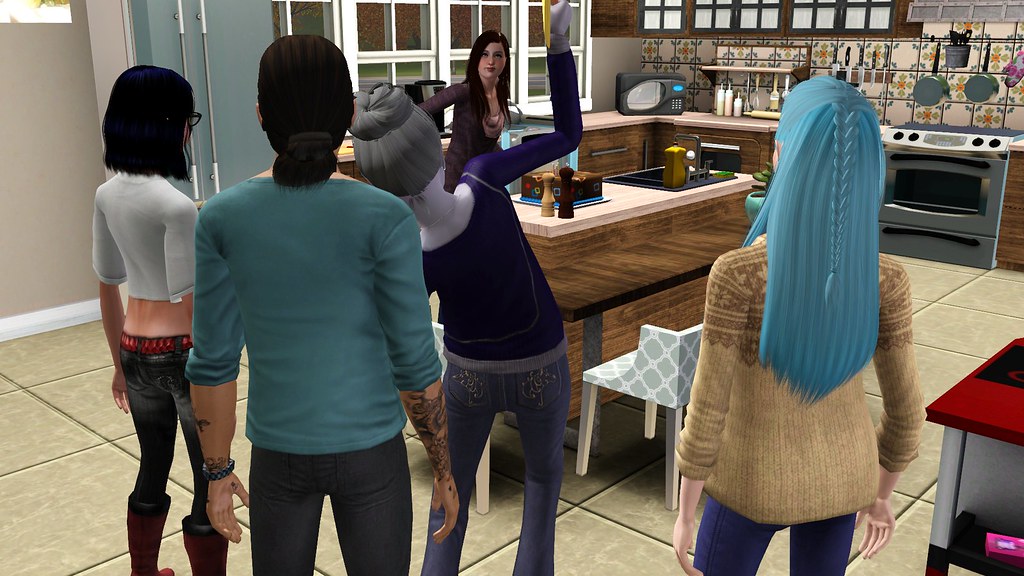 I didn’t want anything extravagant.  Just the family.  Not even my siblings or aunt and uncle.  A quiet passing of time.  Let’s be honest, I just have too much going on with Violet to deal with more people. 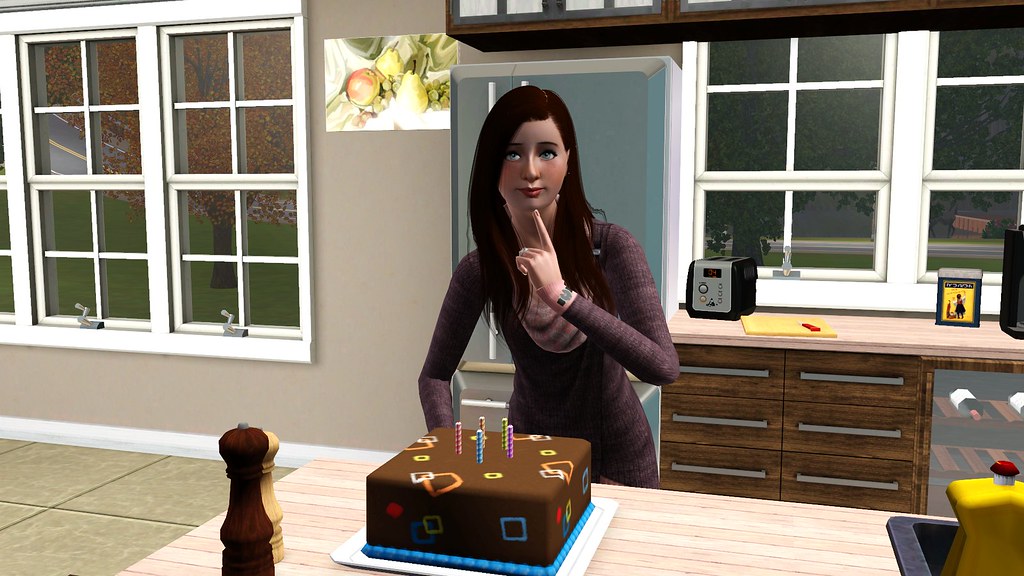 I had to come up with a birthday wish on the spot.  It wasn’t difficult.  I’d tell you but then it wouldn’t come true.  Yes, it probably involved Violet. 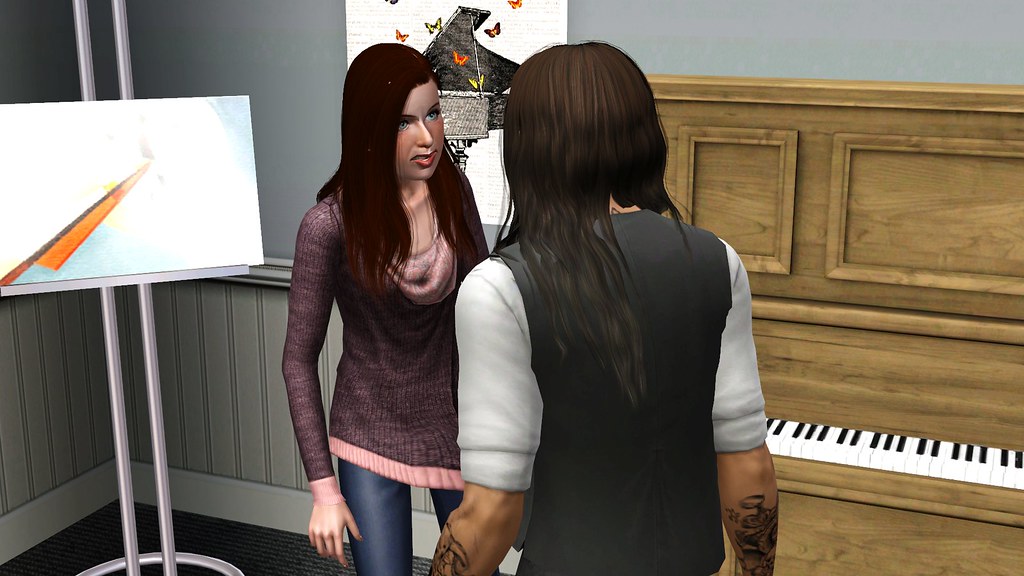 “What do you mean you sold my bug?  I’ve had that car for 20 years, Lucian!  How could you sell it without asking me!?”

“Just stop and listen to me for a minute, Dani!  I’m trying to tell you –”

Violet ran in the door from work and interrupted our argument.

“I just didn’t recognize the car in the drive way.  Is it for me?  It totally is, isn’t it.  Where are the keys?”  She ran out the door still babbling in excitement. 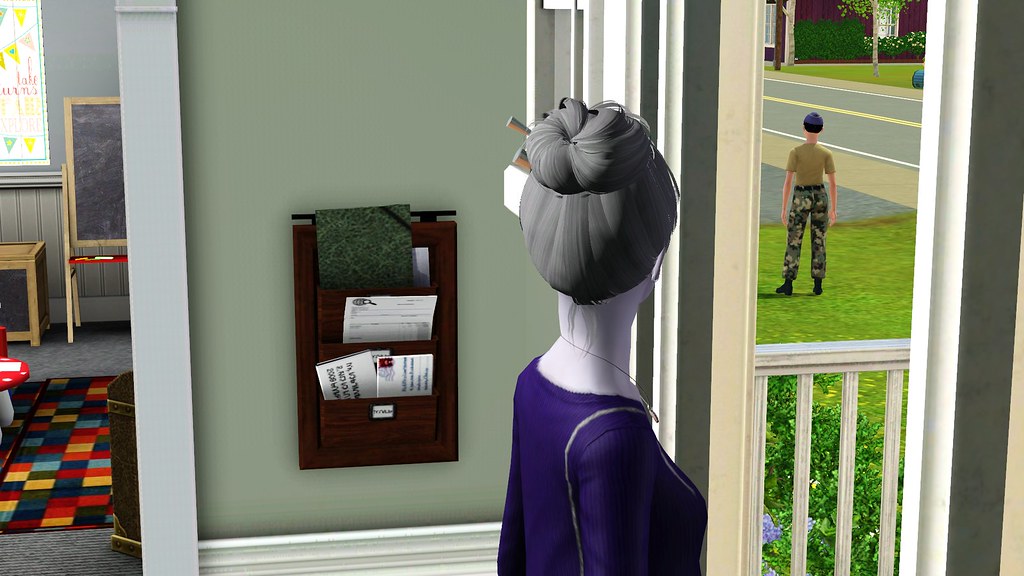 “I’m pretty sure it’s for me, Violet!  Get away!”  Mom was out the door next also still chattering away.

“You better get out there, babe, before someone steals your birthday present.  I was trying to tell you your bug got upgraded.” 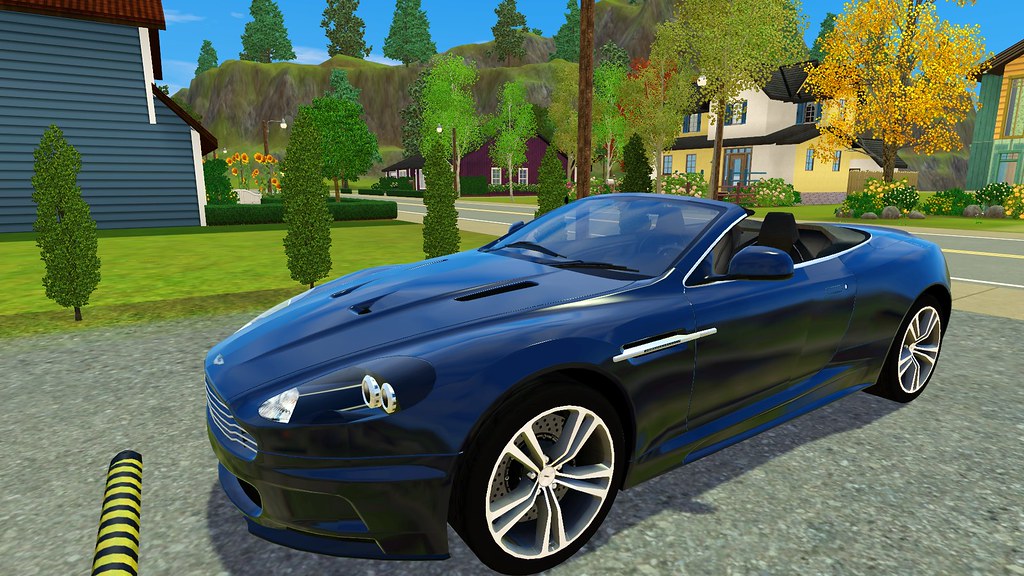 Oh boy did it.  My very old, very loved bug got traded in for a very expensive, very shiny Aston Martin.  I have no idea how Lucian was able to afford this beautiful little creature but, you know, I think I can learn to love a new car. 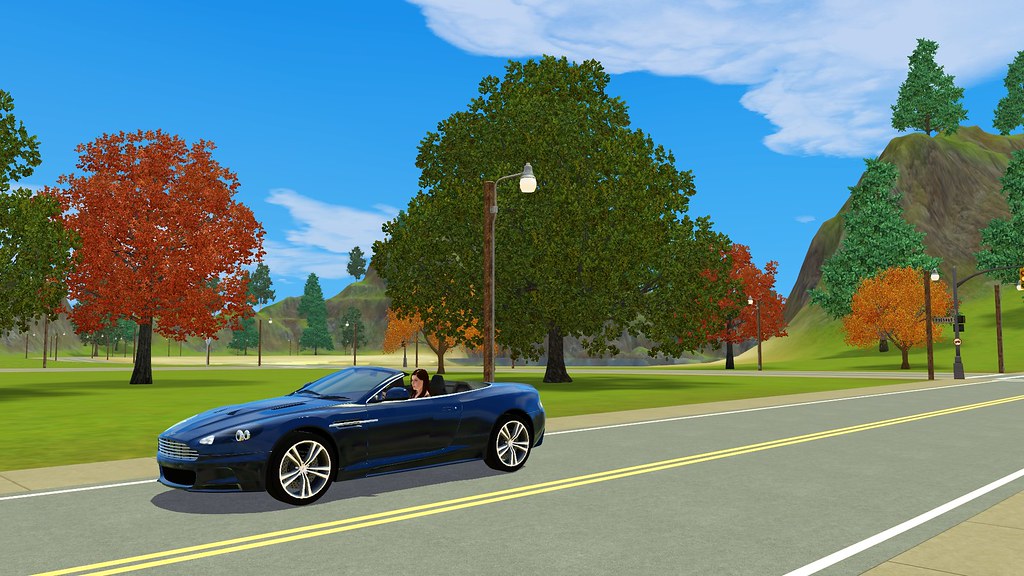 I hopped in the driver’s seat and cranked up the radio.  I needed a break.  I started the engine and headed off to parts unknown.  Or the library.  It’s a small town.  You gotta take what you can get.

Author’s Note: This is the official end of Generation Four!  What lie’s ahead?  Who knows.  Ok, well I know and before long you will, too.

For those readers who use Chrome, you can now download an extension that will allow you to view all images linked through Photobucket.