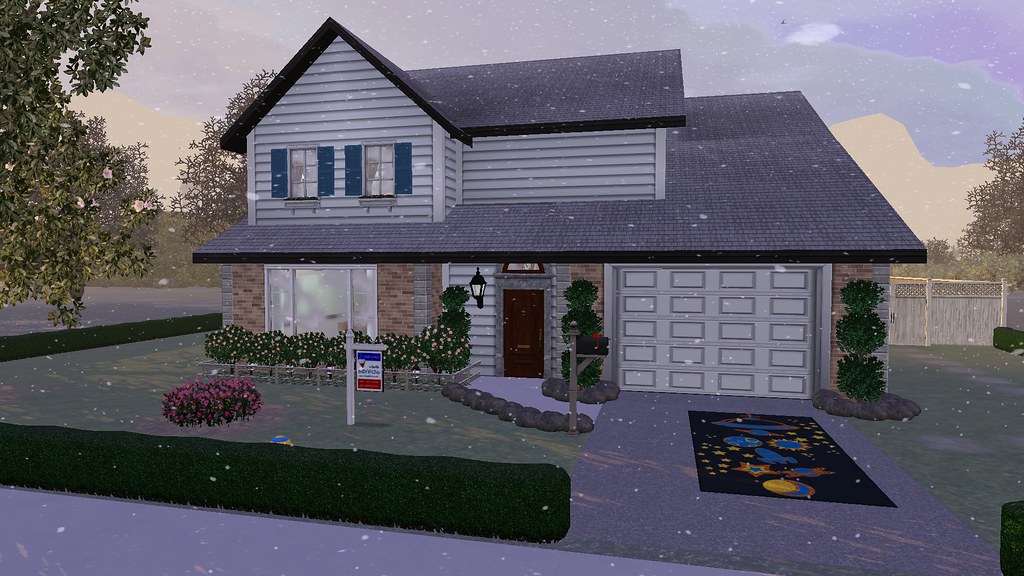 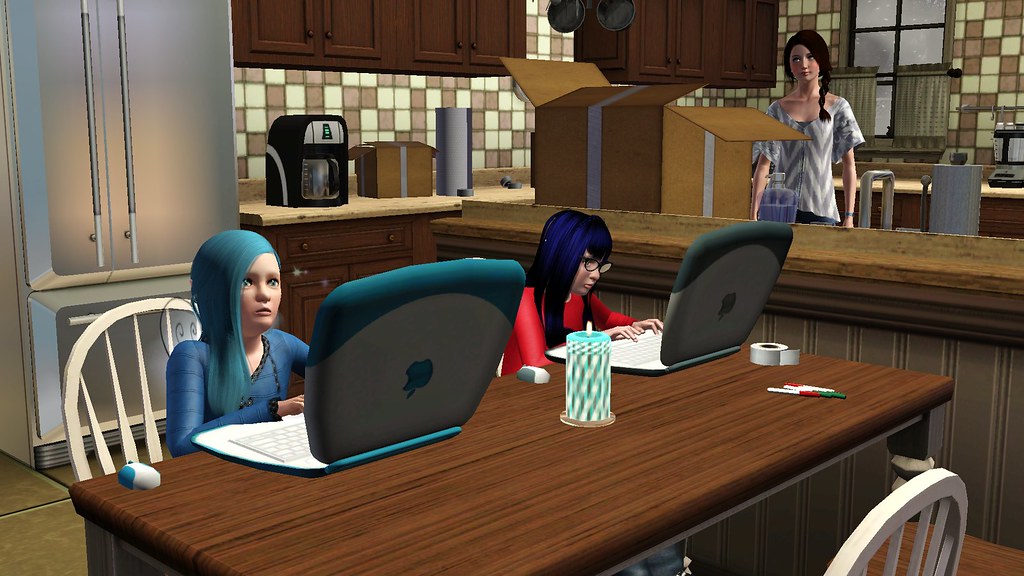 On moving day the girls did their best to be helpful by staying out of the way.  We had enrolled them in an online elementary school to finish out the semester.  We just didn’t see any reason to move them to a new school right smack in the middle of things.

The girls were initially excited to hear they would be home-schooled.  I’m pretty sure they thought they would get to run around and play all day.  Ha!  They were sorely disappointed by the reality. 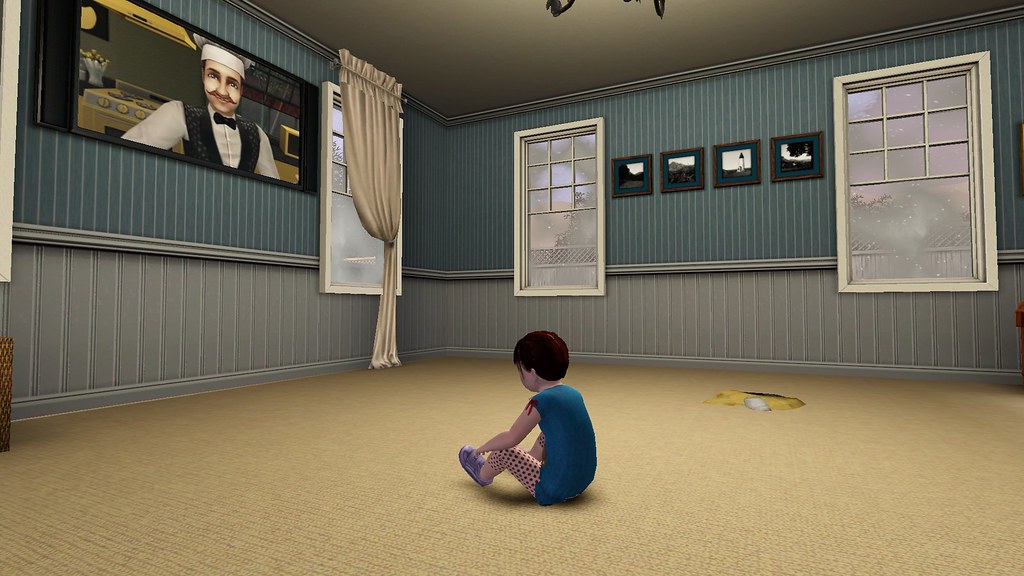 The saddest part about moving is looking at all the empty rooms where we made so many memories.  I was a little heartbroken when I noticed Hadley sitting on the living room floor watching TV.  She’ll never get to know this lovely house! 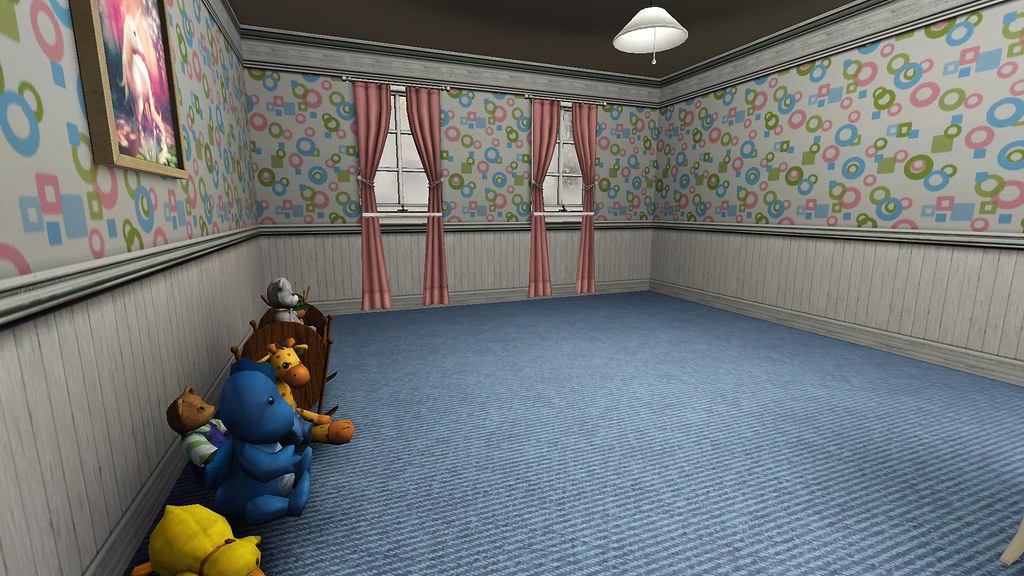 The tears really came when I wandered into Vi’s old room.  She had grown up in that room and now she was just a year from being a teen!  I don’t even know how that happened.  She’d been pushing us to send her to Military School for the next couple of years.  How was I supposed to let her go away for two years?! 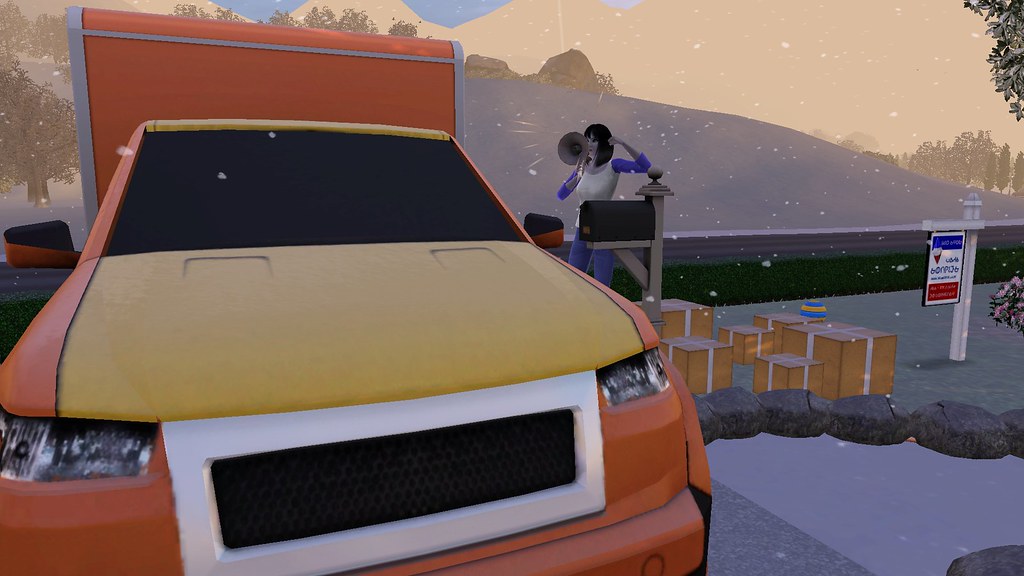 Since I was so lost in my thoughts, I was glad mom was around.  She was outside with her loud speaker (in the falling snow!) ordering the movers around.  Before noon all our boxes were stuffed in the truck and we piled in our cars to head to our new town. 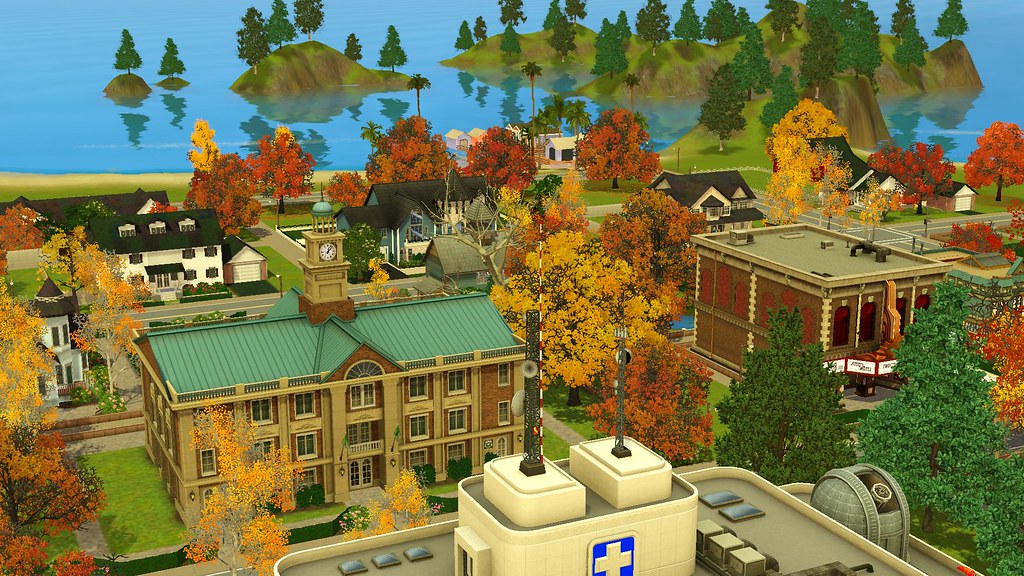 Van Crest is a quiet town nestled between mountains and oceans.  It has an old fashioned town square, good schools, and a great hospital.  It was perfect for our family. 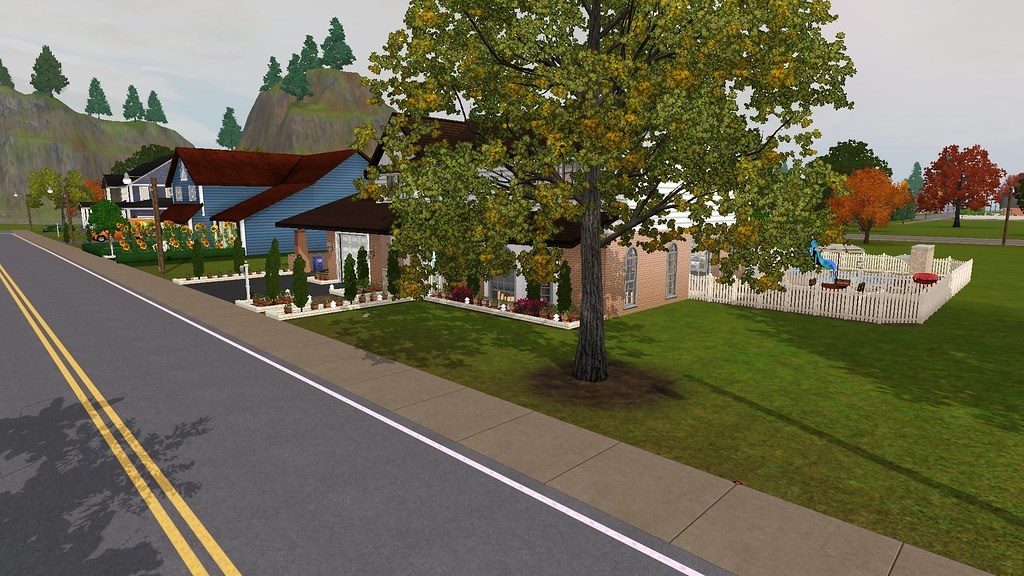 Lucian had found us a house at the end of a cul-de-sac in a newer neighborhood.  Most of the houses on the street were still empty so I was hoping any new neighbors would be family-friendly and not criminals.  Only time would tell. 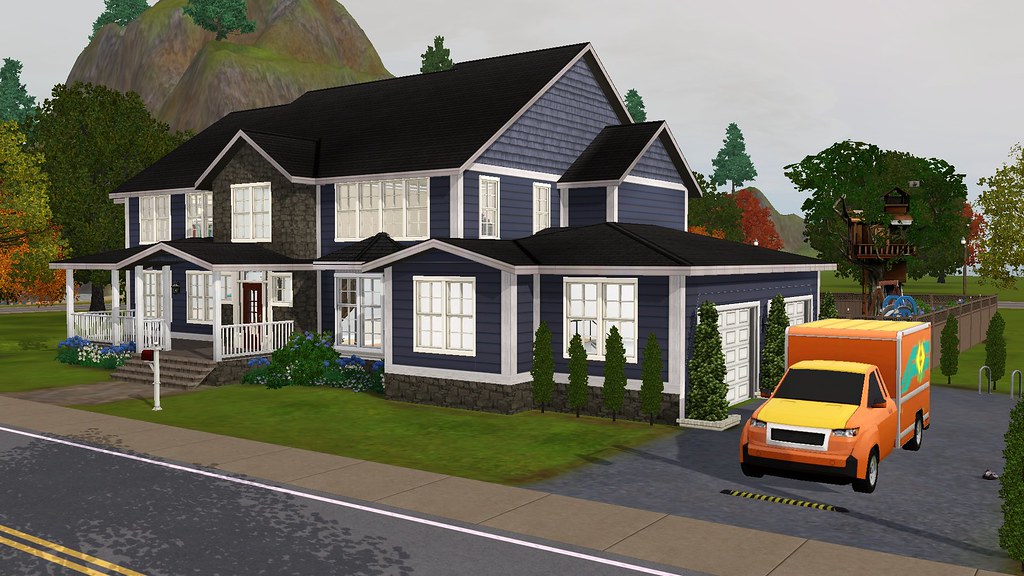 Our house was a beautiful five-bedroom house with enough room for the kids to roam.  Mom even had her own private section of the house on the main floor.  Lucian outdid himself with this find. 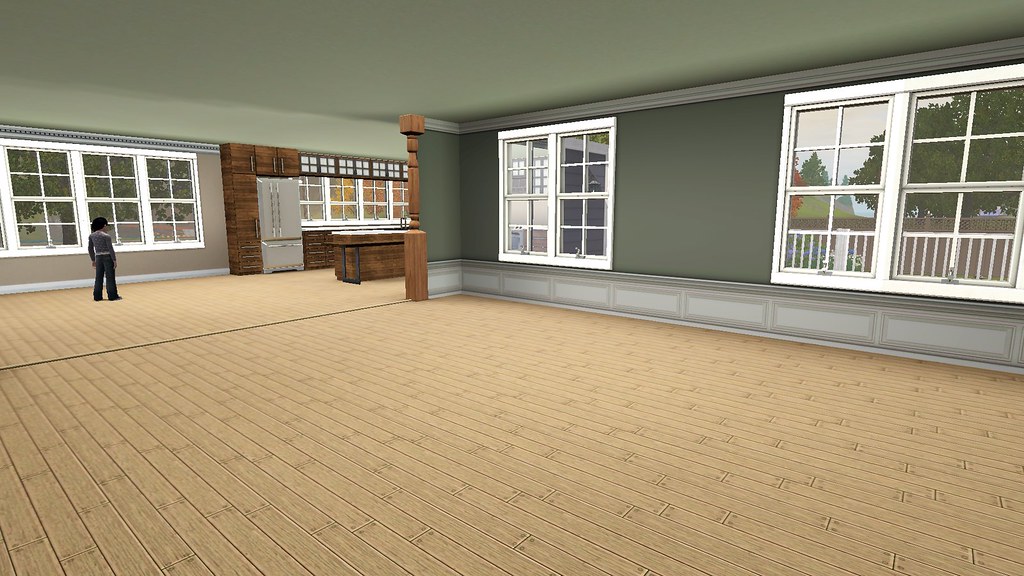 The living area was wonderful!  It was so spacious and roomy.  It was going to take us a few months to get the walls repainted and the floors redone but I knew we could make it our home — if we didn’t kill each other during the remodel. 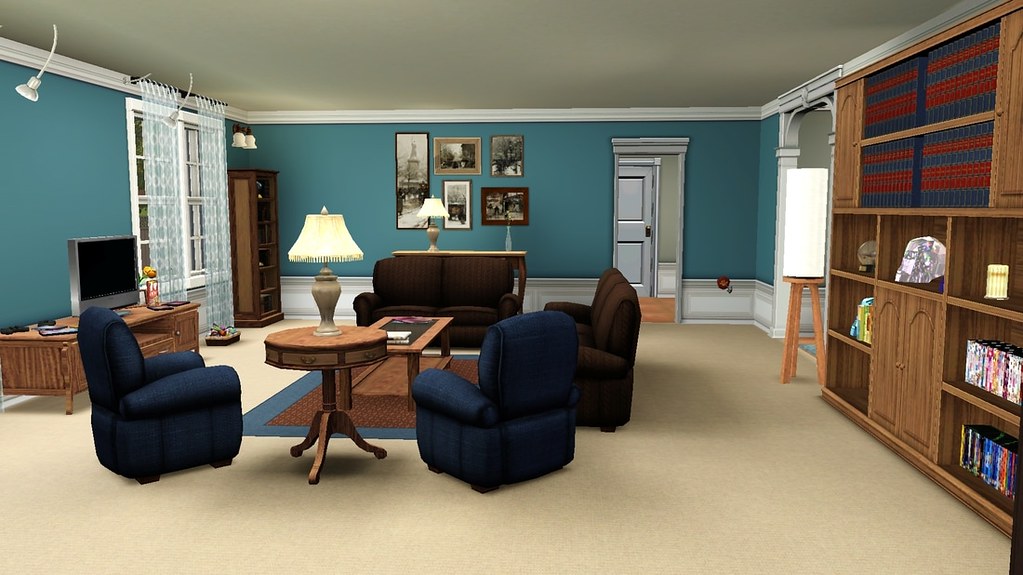 We did survive the upgrades I’m happy to report!  It took us through Christmas and the New Year but by spring we were set! 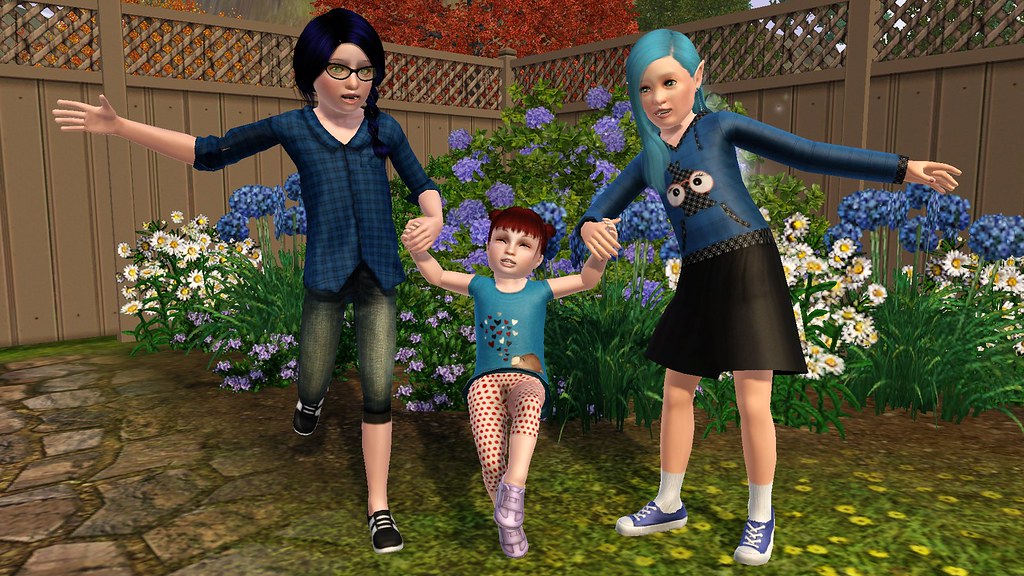 One of my first tasks was to get the girls to pose for a family portrait. 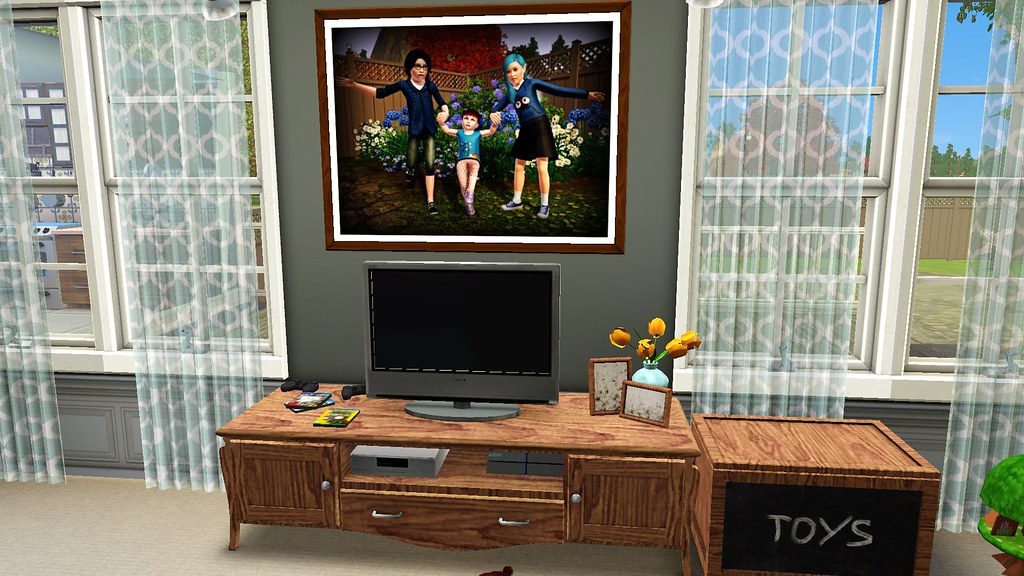 I knew exactly where I wanted to hang a picture of my three daughters. 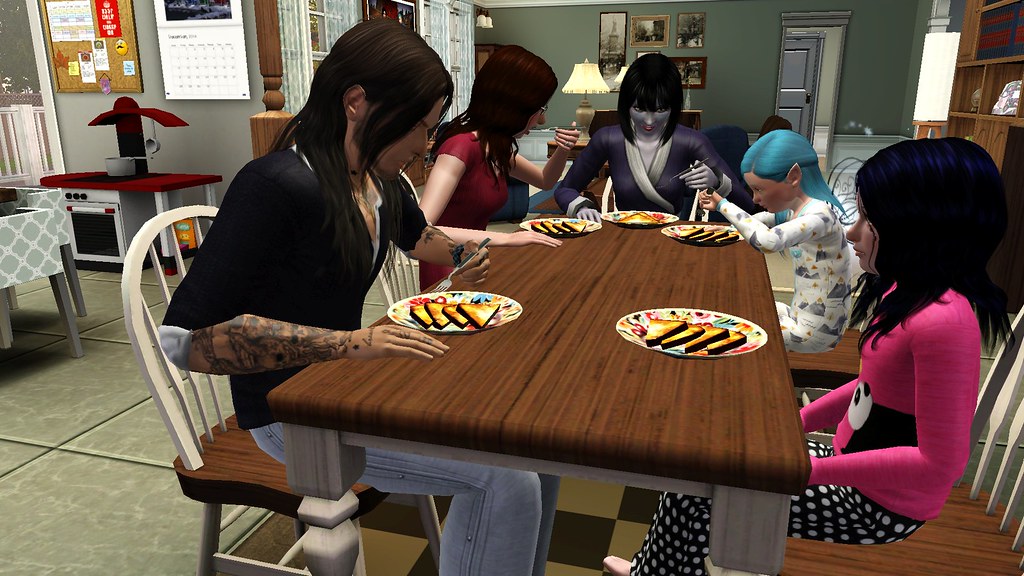 Once we were settled, we finally had a chance to mesh as a family.  Mom was still the best cook I’ve ever met and she often threw together Sunday breakfast for everyone.  She decided to get a job as a chef at the local tavern.  It was nice that she was able to get out.  I liked the hours to be honest.  She works nights which means free babysitting for Hadley during the day! 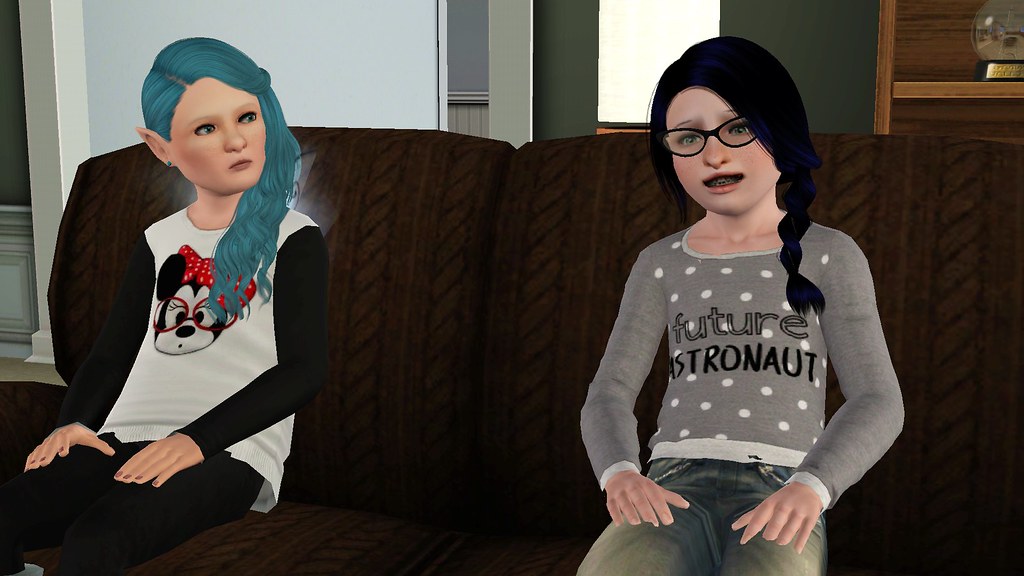 We did get into some sibling rivalry issues as well.  Bee was forever trying to keep up with Vi academically and Violet was constantly trying to beat Bee in dance contests.  Pretty sure the look on Bee’s face speaks volumes. 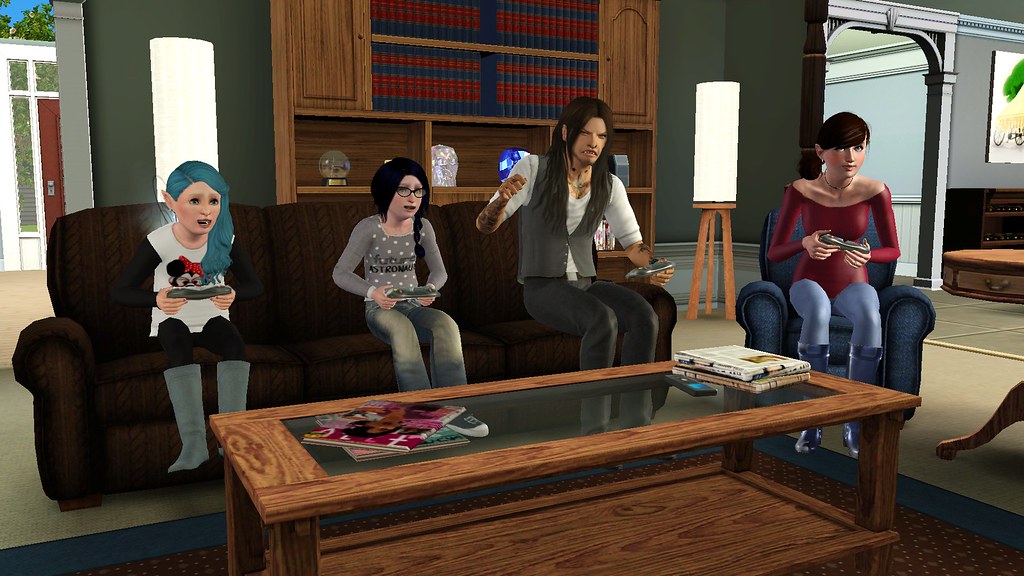 Everyone’s favorite day was Saturday.  We made it a priority to spend every Saturday together.  We took turns picking the activity each time.

Lucian always picked video game contests.  I think it’s because the girls always beat him.  He pretended to be mad every time they won just so Bee and Vi could poke fun at him. 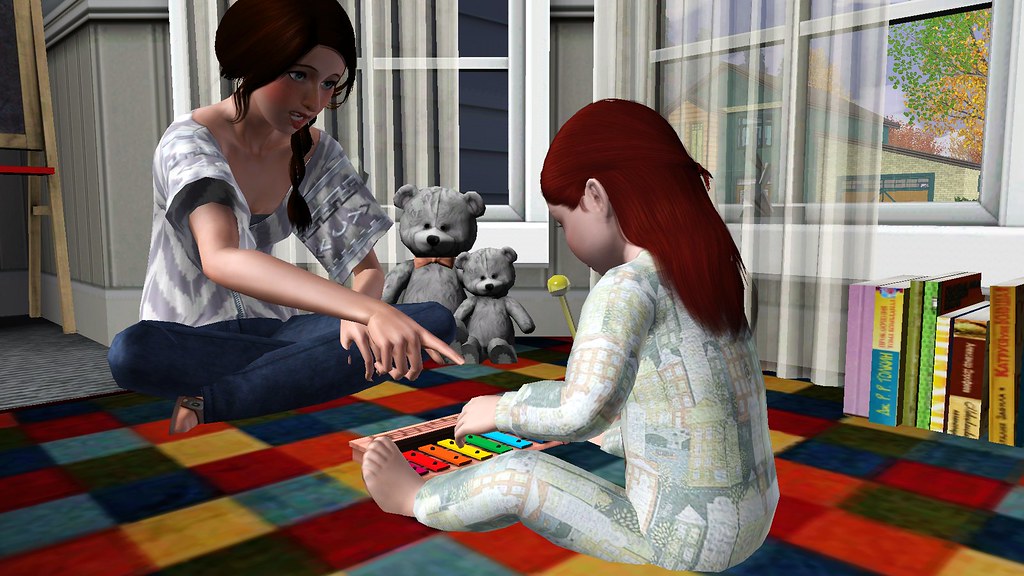 I loved having a toddler again.  It was so much fun to watch her experience things for the first time.  She fits in with our family so perfectly, it’s like she was meant to be my daughter. 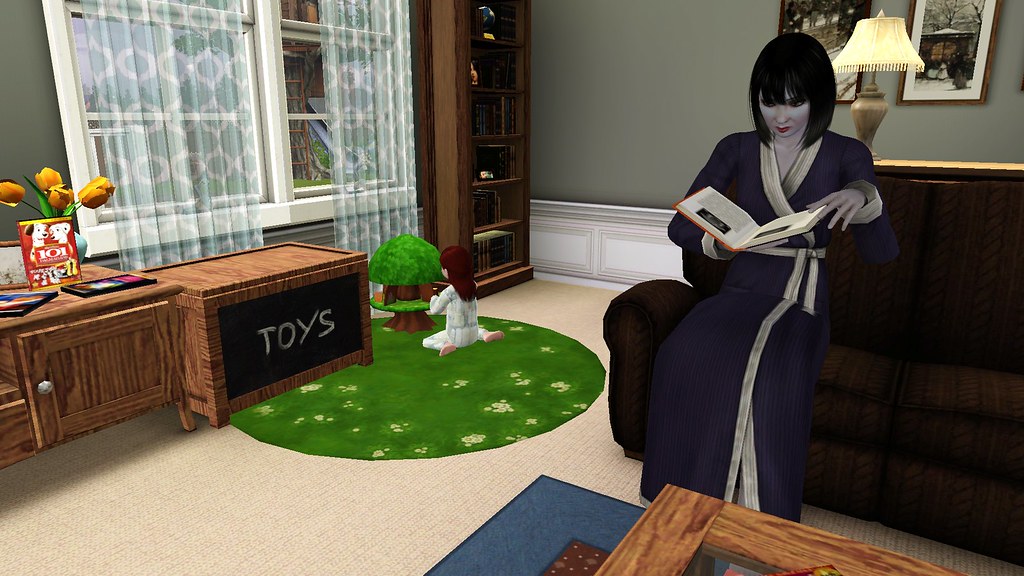 And I’m enjoying having Mom around more than I thought.  She can annoy the hell out of me but the kids love her.  Yeah, I also love the food and babysitting, too.  Sometimes though, it’s just really nice to have mommy around.

I think things are gonna be ok.