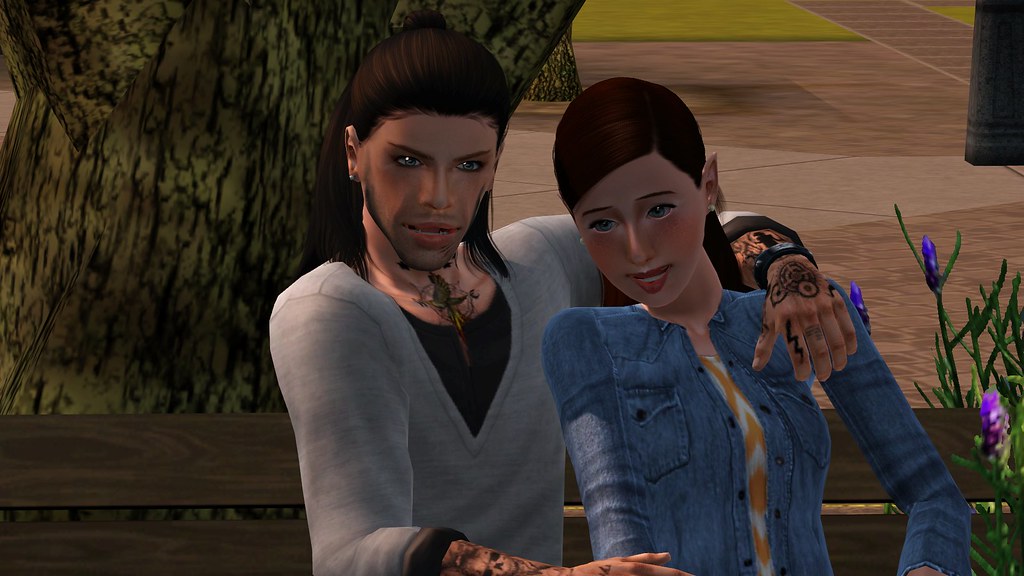 “Can you believe we have to go back in a couple of days?  I’m just not ready to return to the real world.”

Lucian and I were sitting in the village square early one morning, just enjoying the quiet small town life.  We so often miss out on this since we live in the big city and have busy, busy, busy lives. 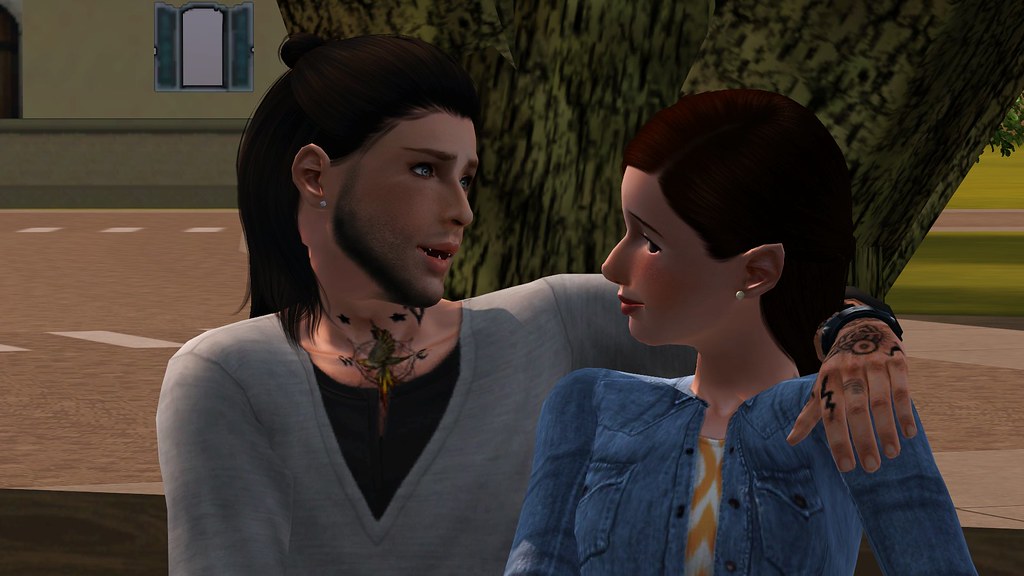 “Oh, don’t be silly, Dani.  You know you are more than ready to return.”

“Ugh.  You’re not wrong.  I miss Violet so so much.  We’ve never been apart for more than a day since she was born.  TWELVE YEARS of always seeing my baby.”

“About that, Dani.  We should talk about Violet and the future.” 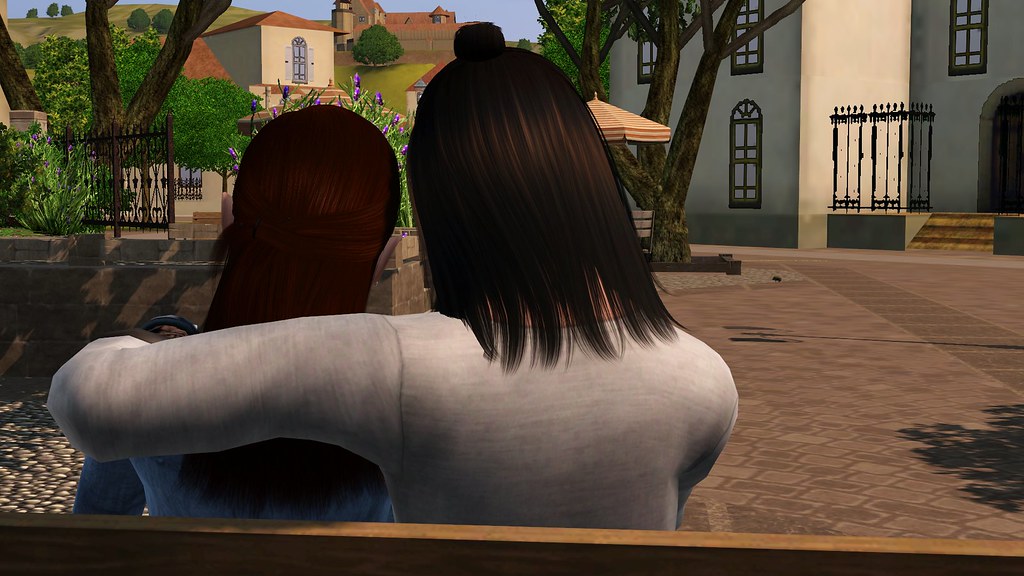 “Hold that thought, Lucian.  What’s that thing over there?” 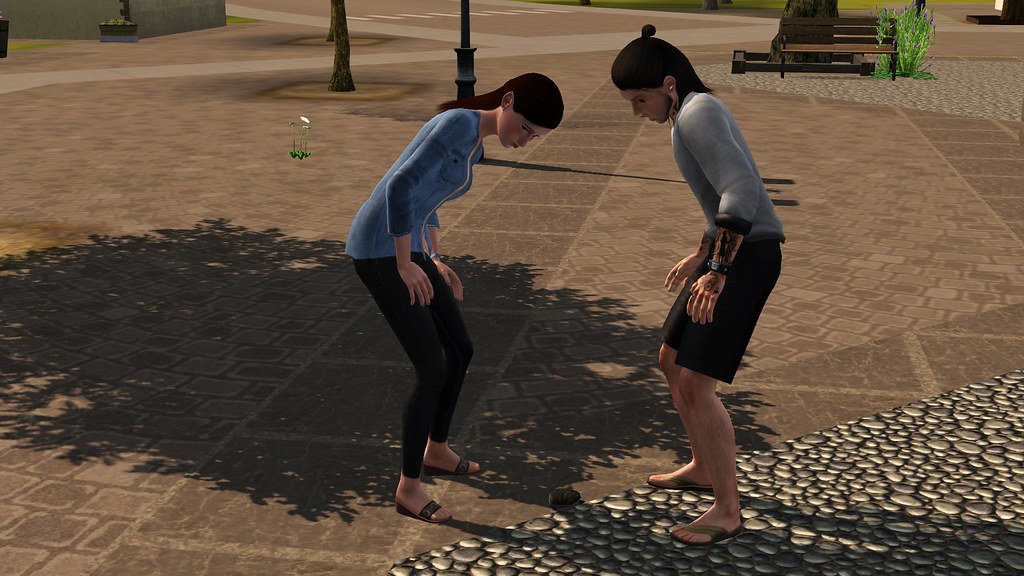 I ran over to the little blob.  “What is this spiky critter?”

“It’s a hedgehog, Babe.  Have you never seen one?”

“Why the hell not?  Let’s bring it back to Violet.  She wanted something cool.” 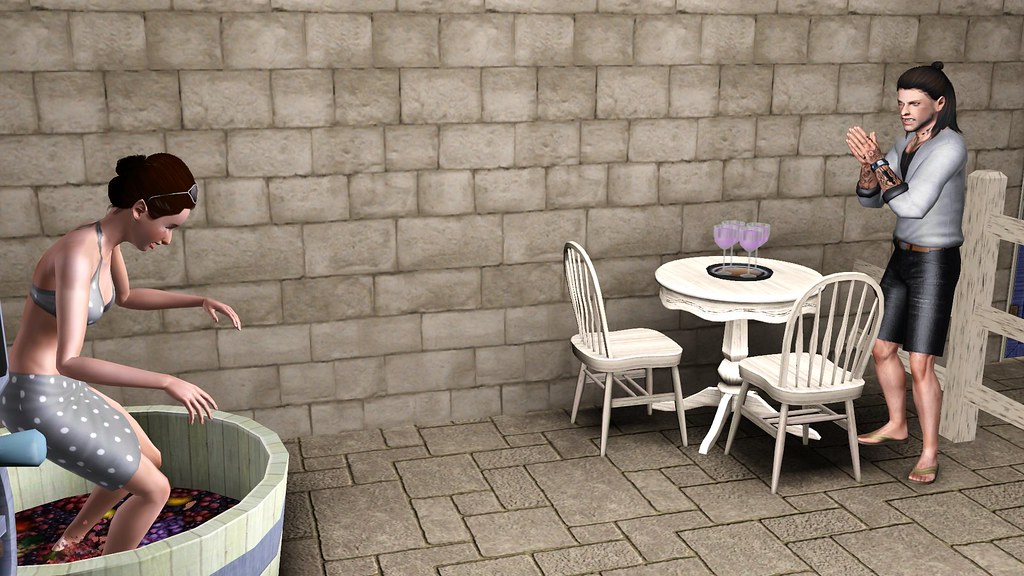 After our excitement with the hedgehog, we went to the winery.  I mean, we were trying to catch a hedgehog in the middle of the day.  We were sober.  We needed an excuse for being weird.

“You could help, Lucian!”

“I could, but I already opened a bottle of wine and it would be lonely if nobody sat here drinking it.” 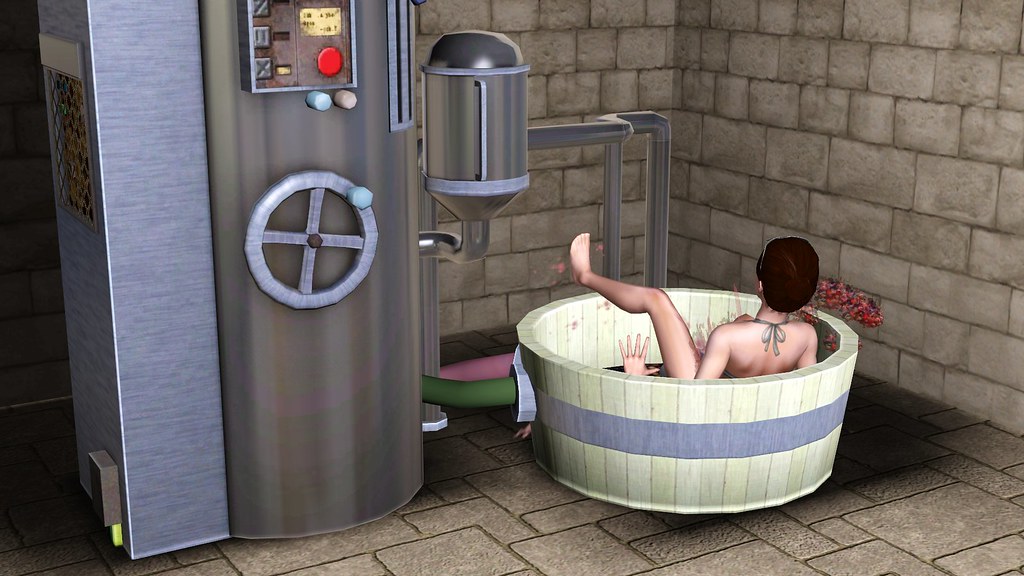 It was about that time that I not-so-gracefully fell on my ass.  I said some things.  It was not a proud moment. 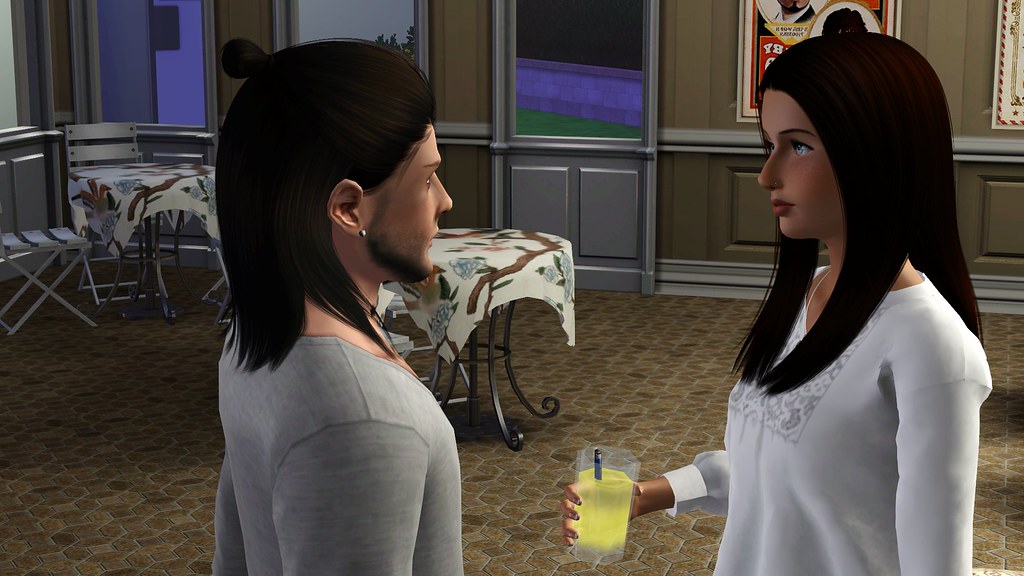 Lucian brought me some of the wine that I made.  It was damn good wine.  I couldn’t think of a good name for my wine so my husband named it…Booty Juice.

Pretty sure we aren’t allowed to return. 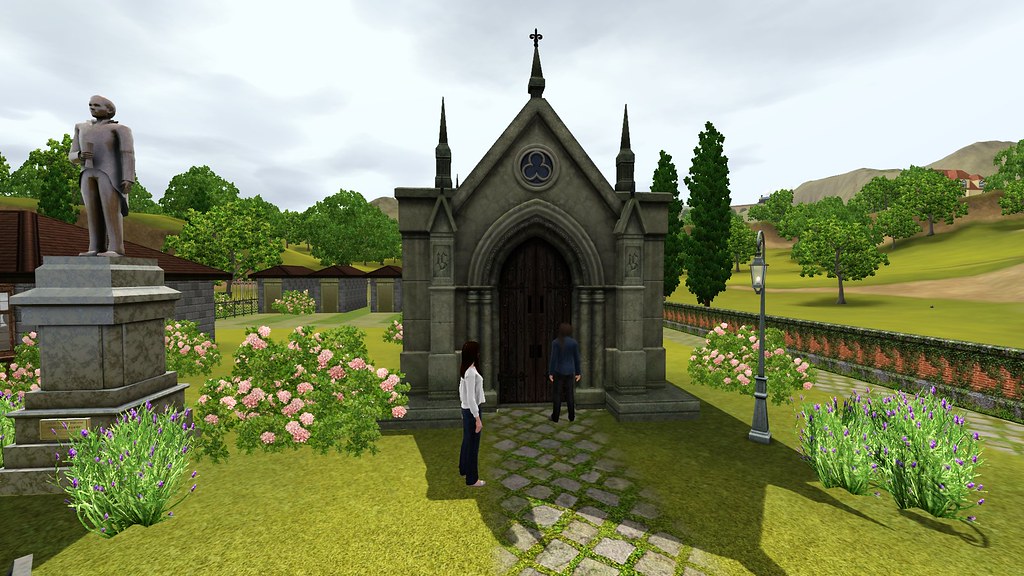 Our last day was finally upon us.  We still had so much to do!  I hardly felt rested with the anxiety of seeing everything sitting on my chest.  Regardless, we had a day to seize so we headed off to the catacombs.  They were neat, but I could have done without the death and despair.  I guess they wouldn’t be catacombs without it though. 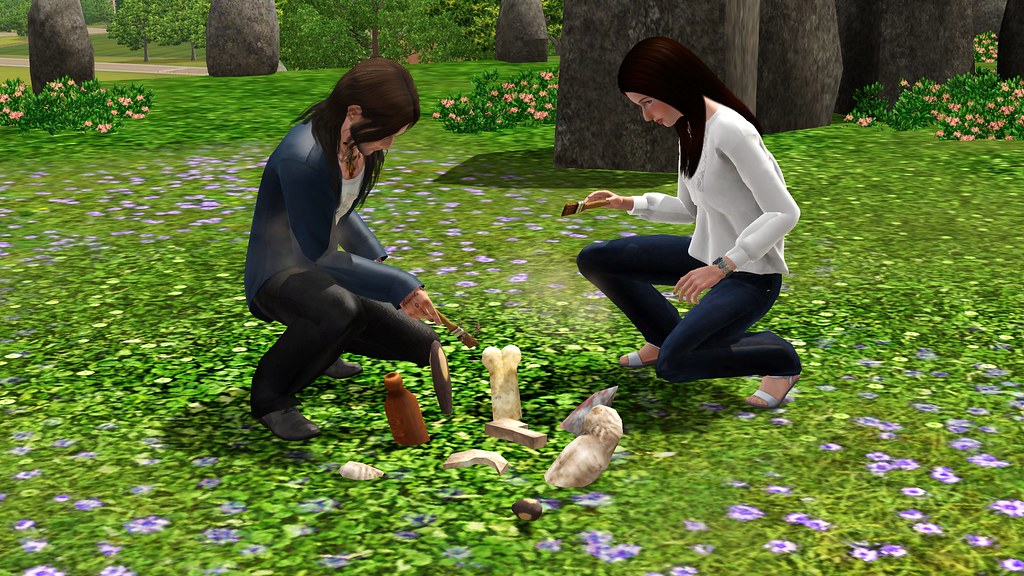 After the catacombs we decided to dig up some relics at an open dig site.  We found some vases but nothing super exciting.  I don’t know what I thought I would find.  A lost civilization?  Either way we had fun and got to take some neat things back home. 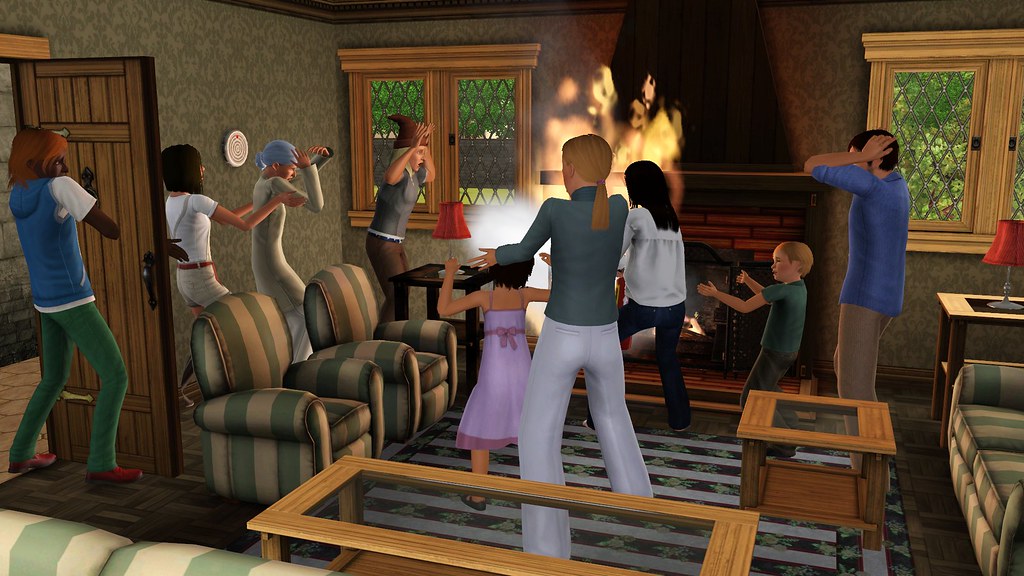 When we stopped back at the resort, we found it on fire!  This wasn’t even the first time.  It was the FIFTH time since we arrived.

For some strange reason, everyone stood around yelling and carrying on rather than dealing with the fire.  Not wanting my shit to go up in flames, I grabbed the fire extinguisher and went at it.  I was able to get the fire out, but Lucian and I decided to spend our last night camping out rather than risk dying in a resort. 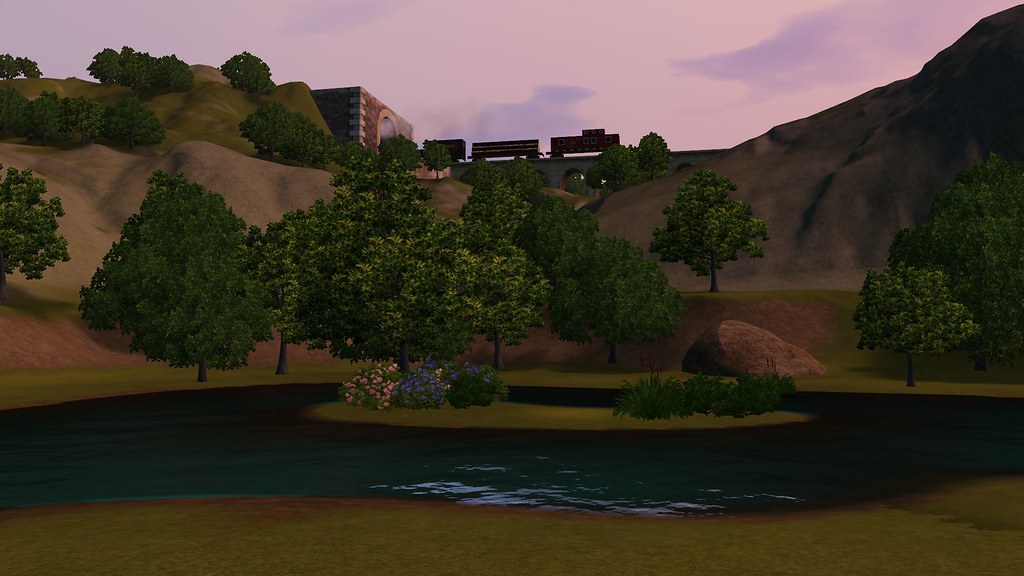 We found an adorable little lake and made it our home for the night. 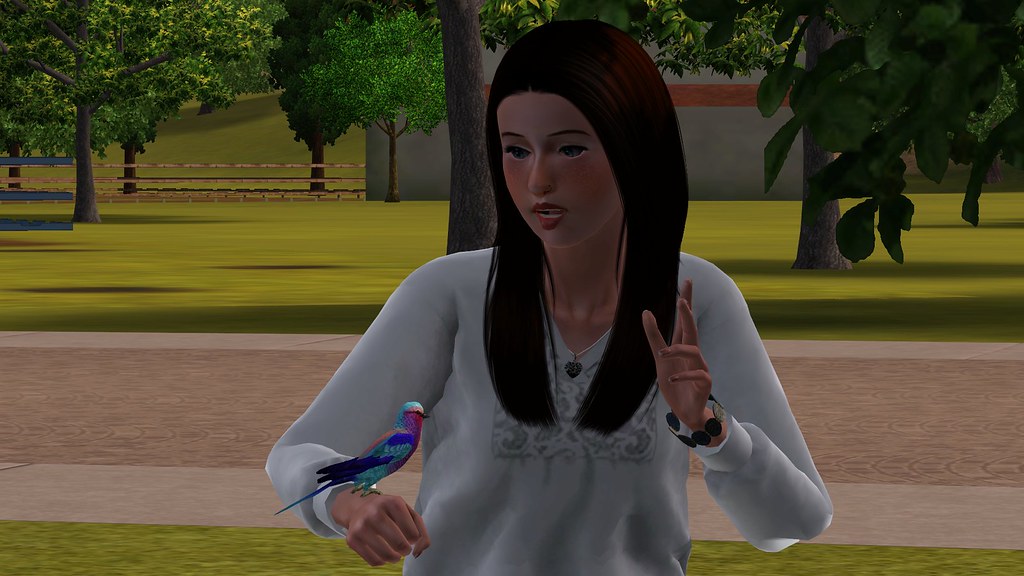 I even got myself a new familiar.  He’s a beautiful little thing with the most amazing voice.  I think he and I will be great friends going forward. 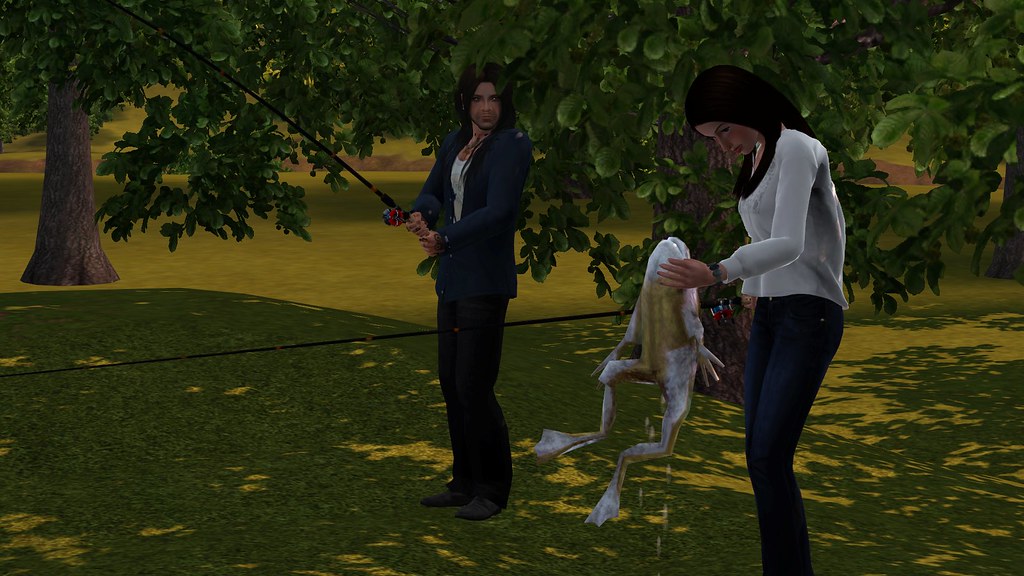 Before long, I was hungry.  Lucian had the great idea that we should fish for our dinner.  I have never done this despite the fact that my Dad and brothers are master anglers.  But I gave it a shot.

I caught a bigger frog than Lucian.  He was a little shocked since he, too, is a master angler. 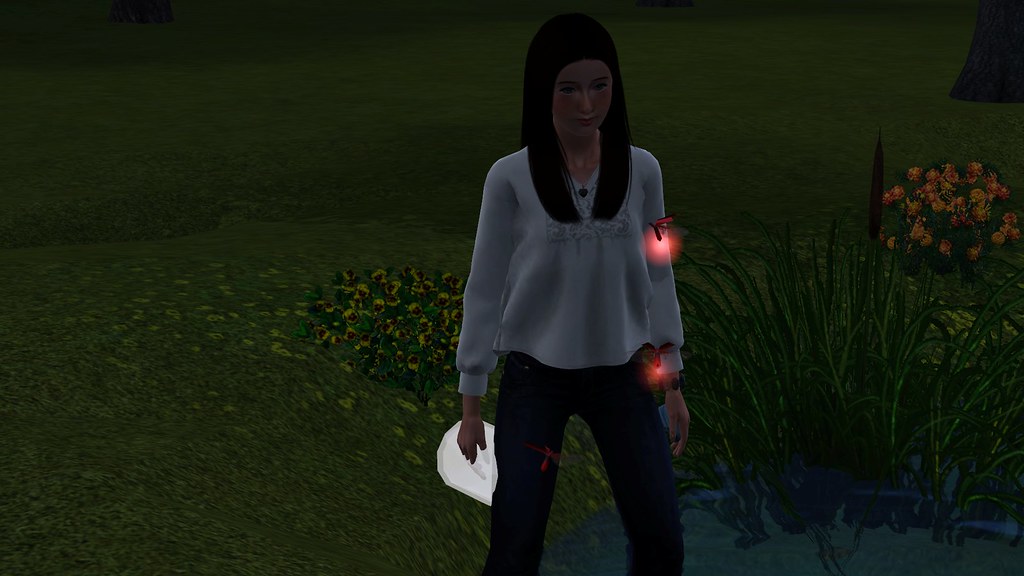 While Lucian set up the fire and the tent, I did girly things.  I ran around and caught lightening bugs like a child.  I was going to have to be an adult tomorrow so I was going to enjoy my time now, damn it! 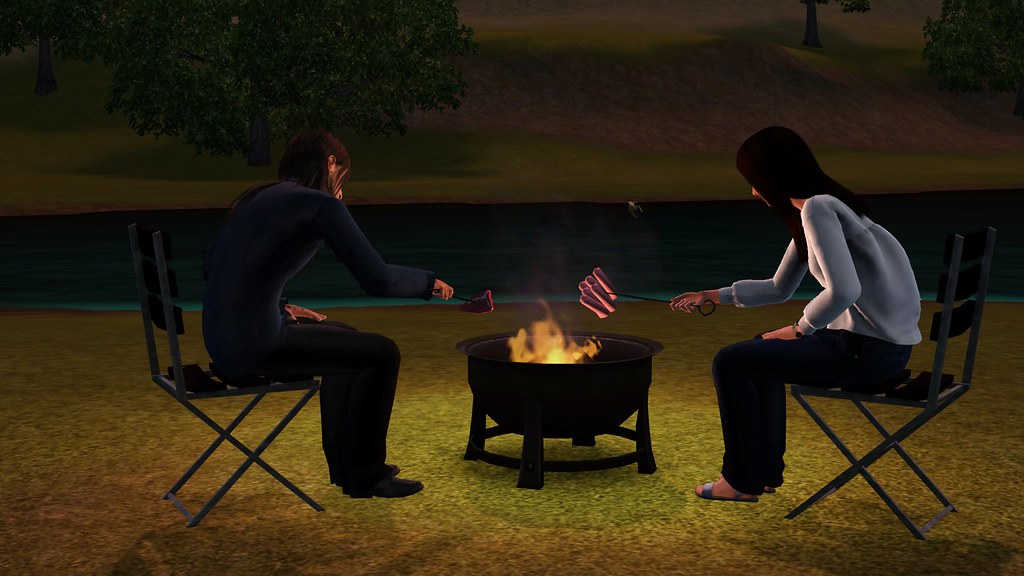 Even though I caught some awesome frogs and fish earlier, I decided that hot dogs were the way to go for dinner. 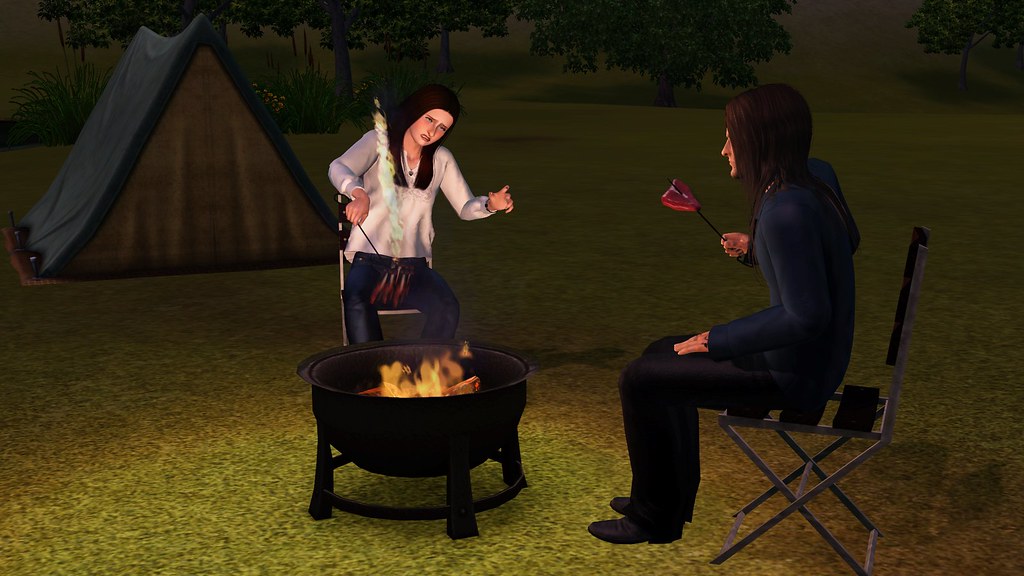 I immediately caught my food on fire while Lucian carefully grilled his fish.  I ate fish for dinner but only after Lucian promised to skin and gut it himself.  I hope Violet was being more campy than I was! 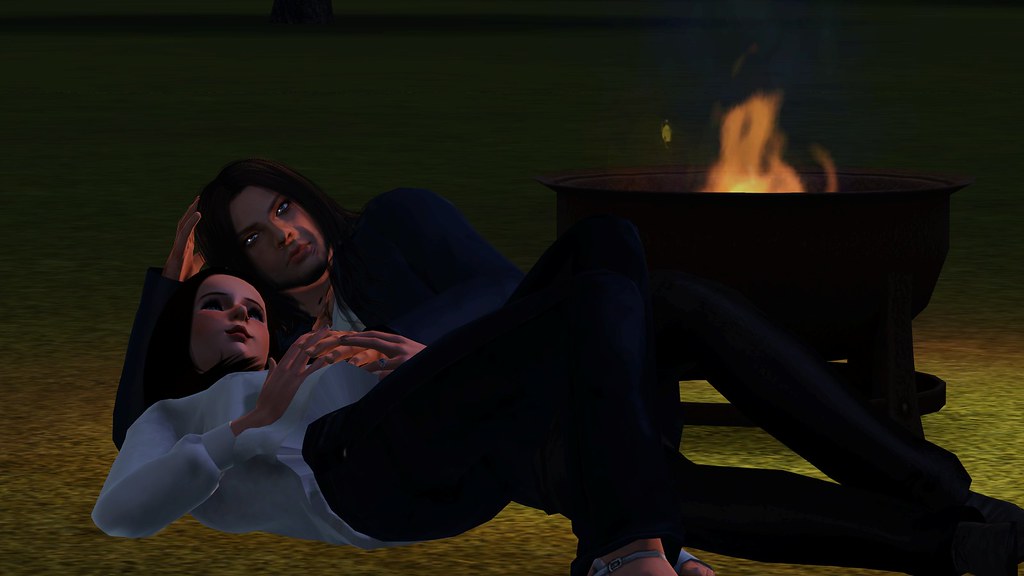 “So, back to what I wanted to say yesterday.”  Lucian was very far away tonight.  “You’ve only been away from Violet for two weeks.  If I turn you, she’s going to die, Danielle.  She’ll be gone for centuries.  I know firsthand.  I won’t let you have that pain, Dani.”

“What are you saying, Lucian?”  I felt my chest tighten. 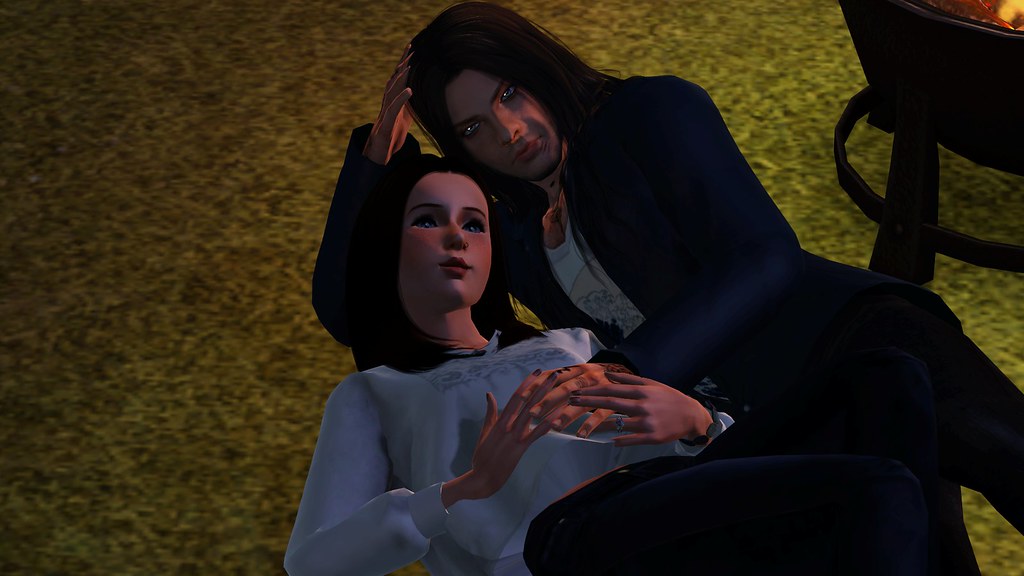 “Lucian,” I was thinking outloud, “have you ever thought about becoming mortal?”

“All the fucking time, Babe.”  He smiled to himself.  “But I’ve been around for nearly 1000 years and I have yet to find the antidote to the curse.  And believe me, I’ve looked high and low for that one.” 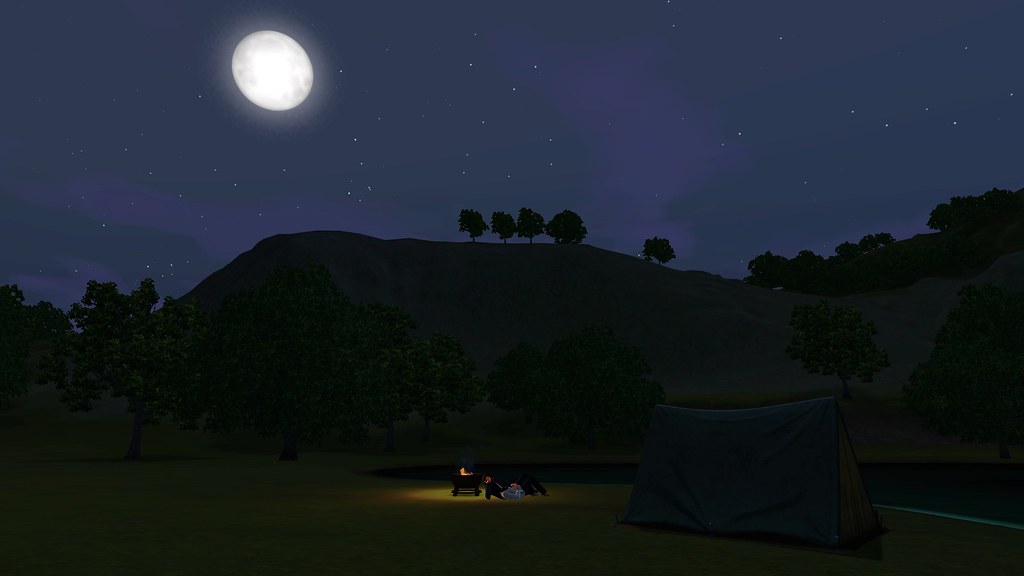 “Well, you don’t have my great-grandma’s spell book.  She was a powerful fairy and alchemist in her day.  If anyone can crack the code it’s her.  Between that spell book and my mom and my aunt’s powers, we can bring you to life for sure.”

“If they can do it, I’ll turn for you and Violet.  Don’t blame me for not getting my hopes up though.”

“I’ll call my Aunt Liv as soon as we return.”

We drifted off under the full moon of France.