Dani and Lucian talk about their pasts and the future.

Lucian had arrived home not long after I’d fallen asleep so I missed my chance to angrily accuse him of having an affair using a false name.  It was just as well since the truth was almost worse.

“And ever since my brothers and I escaped the fire that killed my mom, we’ve moved from town to town hiding out and changing our names.  We have to move every generation or so, people get suspicious when they remember seeing you hang out with their grandfather 60 years prior but you haven’t aged a day.  My brothers are here in town too.  Maybe you can meet them some day.  Don’t take it personally if they won’t meet you.  They are wary of mortals.”

Lucian tensed beside me.  “Yes.  Her name was Bianca.  We lived in Florence near her family.  She –” he cleared his throat, “she died a long time ago.  She was mortal.  We had two children: Caterina and Giorgio.  Also mortal.  I haven’t allowed myself to get close to another mortal woman, or any woman really, since I lost Bianca.”

“Jesus, Lucian, I didn’t know.  Um…are you Declan or Lucian?”  I asked as I snuggled closer to him.

He paused before he answered.  “Right now, most people know me as Dr. Declan Hale.  However, I was born Lucian Orfeo in 1199.” 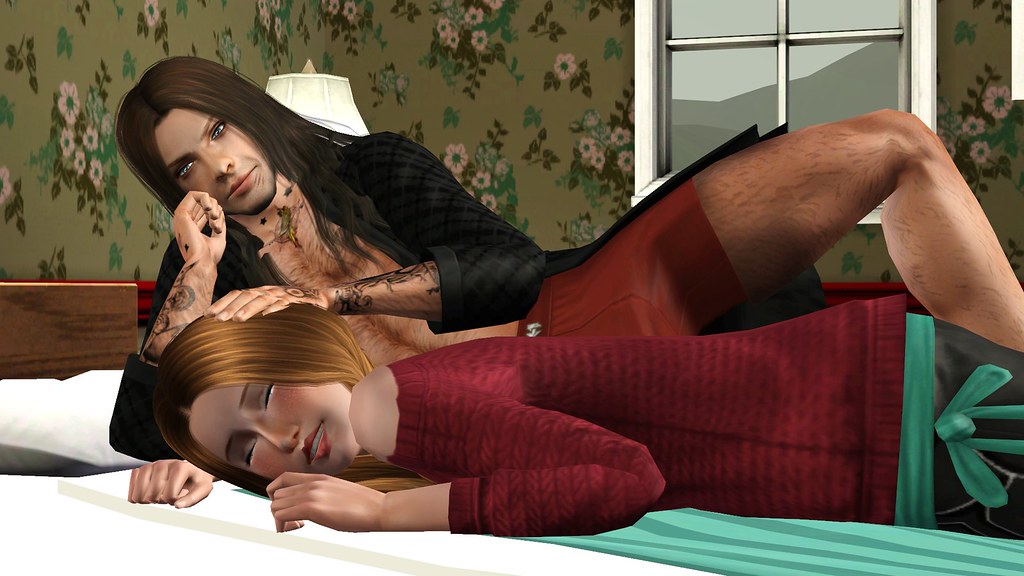 “You know, that date should phase me but it’s really not all that bothersome.  My great-grandma is a fairy after all!”

“So she’s older than me then?” 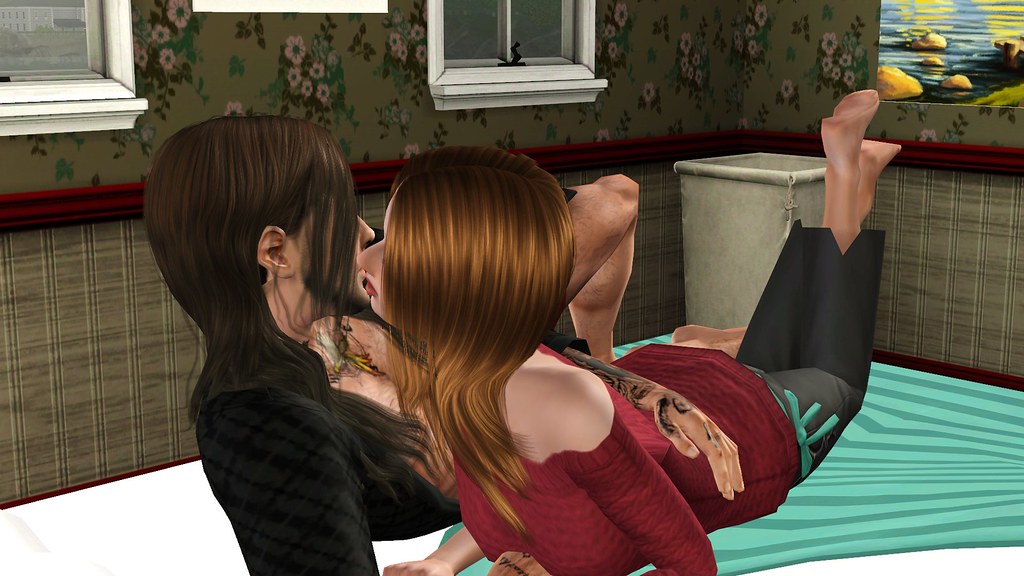 “Huh, I’m older than your great-grandma.  Well, that’s a first for me!”  He pulled me to him and kissed me.  “I should have told you sooner about my past, Dani.  I’m sorry I kept you in the dark.”

“Shh…it doesn’t really matter,” I pulled away from his kiss.  “I knew you had something deep and dark inside you.  If I’ve only learned one thing from my mother, it’s that we all have our secrets.”  I kissed him again.  “Violet will be awake soon so we should make good use of the time we have now…” 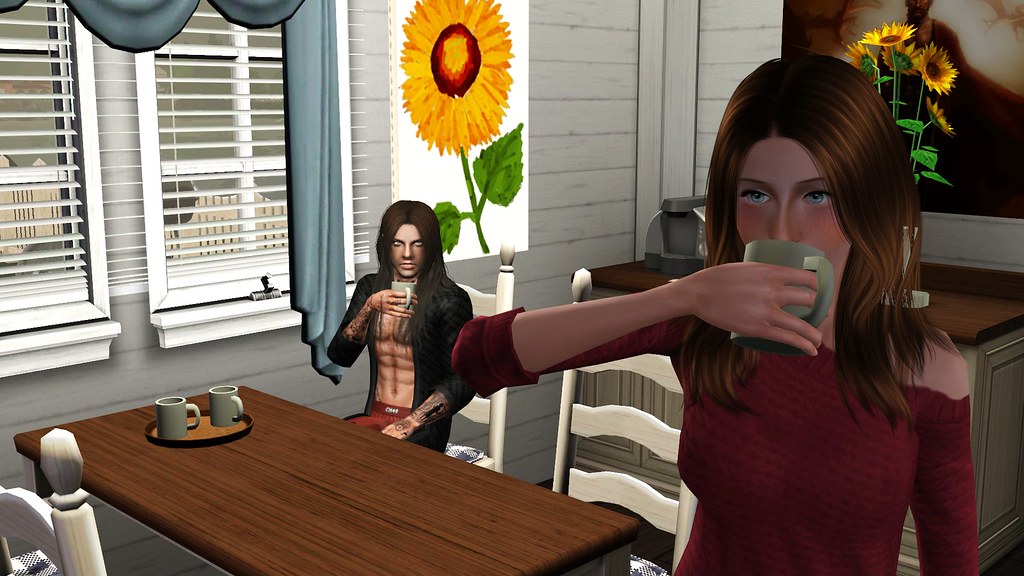 “I meant to ask you how the party went!  Sorry, I would have asked sooner but lack of coffee and your distractions.”

“Lucian, can we not do this?”  I slammed my coffee cup down on the counter and stormed out of the room.  I was not processing the news about my father all that well. 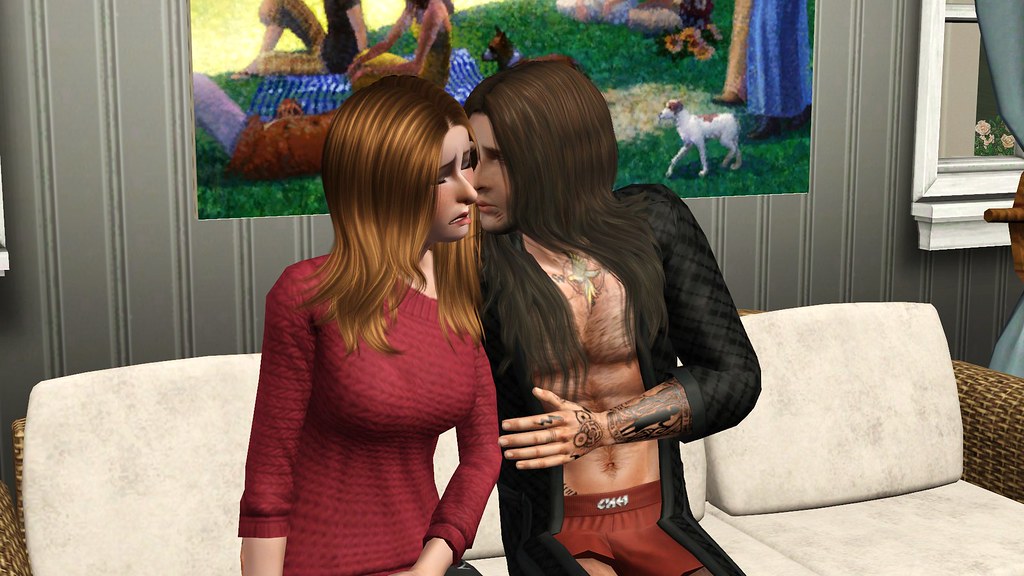 I slumped on the couch because sitting was too much work.  Lucian seemed to think that everything was not as ok as I was making it out to be.  Imagine that.

“My dad.  He’s — something is wrong with him.  Has been for a long time, I guess.  His brain.  I don’t know?”  I broke down in sobs while Lucian held me and whispered in my ear.

“At the party he made passes at Willow and Sonia.  Um, and my parents had to move out of their house because of a fire.  My mom tried to make it out to be nothing but Annie said Dad was storing newspapers in the oven because he forgot where the recycling can was.  THEY DON’T EVEN HAVE ONE!”

“He kissed my brother’s first wife, like 16 years ago.  I guess Aiden got pretty mad at him and punched him out.  My dad — he hit his head on the pool deck.  Do you think it’s brain damage?  I mean, is he hurt or just a terrible cheating jerk?”  I had an idea.  “LUCIAN!  You’re a neurologist!  Will you look at him!?” 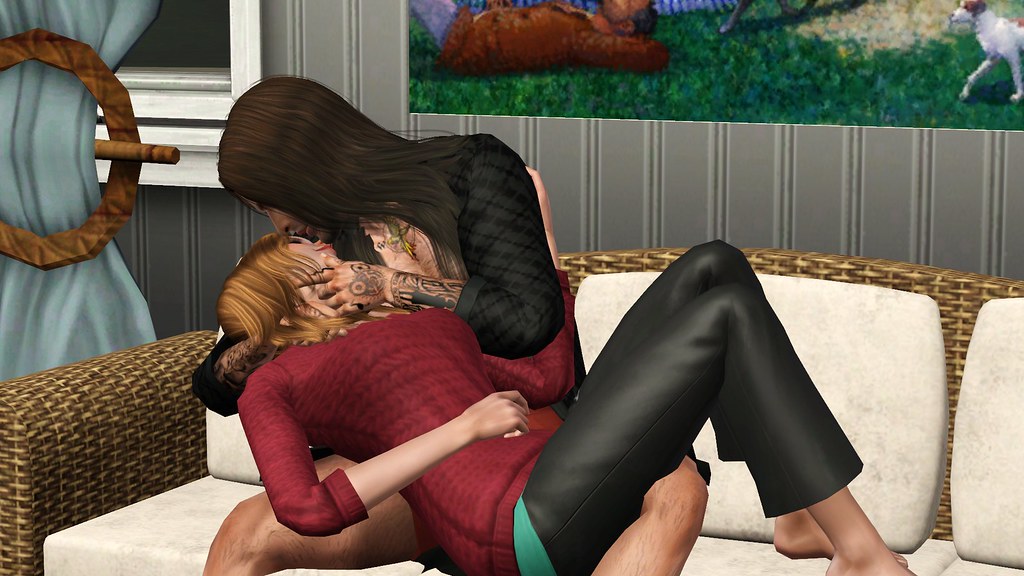 “Oh, honey.  I can’t.  I’m a pediatric doctor.  I could look for major brain anomalies but I won’t know what to look for on a deeper level.”

“Well, bummer.”  I sighed.  Lucian scooped me up into his lap and kissed me.

“Hold on now.  I know someone who can help.  He’s my mentor and I was gonna have him meet you anyway.  He’s the whole reason I became a doctor.  I’ll make a call.  Go outside and play with Violet.  Breathe, Dani.  It’ll be fine.”

“Good news, ladies!  Your dad has an appointment tomorrow.  Once we know what we are fighting, we can plan our attack!  We will make this plan over dinner at the Flying Fish.” 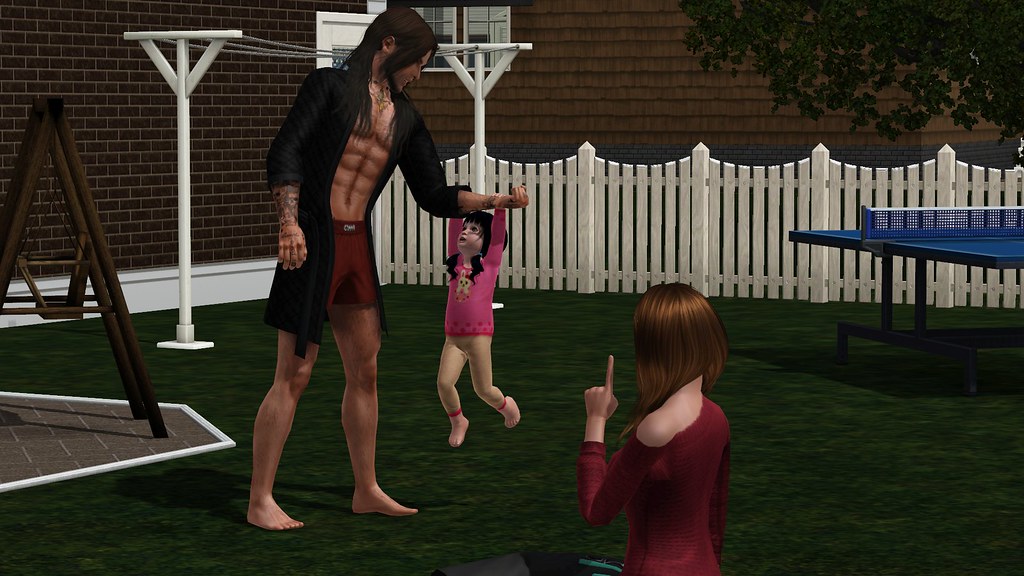 “Up!  Up!  Fly me, Daddy!”  Violet rushed over and grabbed Lucian by the arm.  This daddy thing was new.

“Daddy, eh?  Alright, we can do that.  Hang on Miss Thang!”  I smiled and thought we could certainly call Lucian Violet’s daddy.

“One thing though, honey.  He’s gonna regale you with stories about ‘the patient that started it all!’  Humor the old man, ok?”  Lucian started speaking with a mock gravelly voice as he waved his arms around for emphasis flinging Violet around as he did it.  “It was a dark and stormy night.  Literally!  That’s what caused the crash, ya know.  Sad story really, a newlywed — a brilliant neurosurgeon in her own right — and her husband.  He died instantly but she held on.  Hardly knew what she looked like thought the swelling.   She was pregnant but lost the baby due to the trauma.” 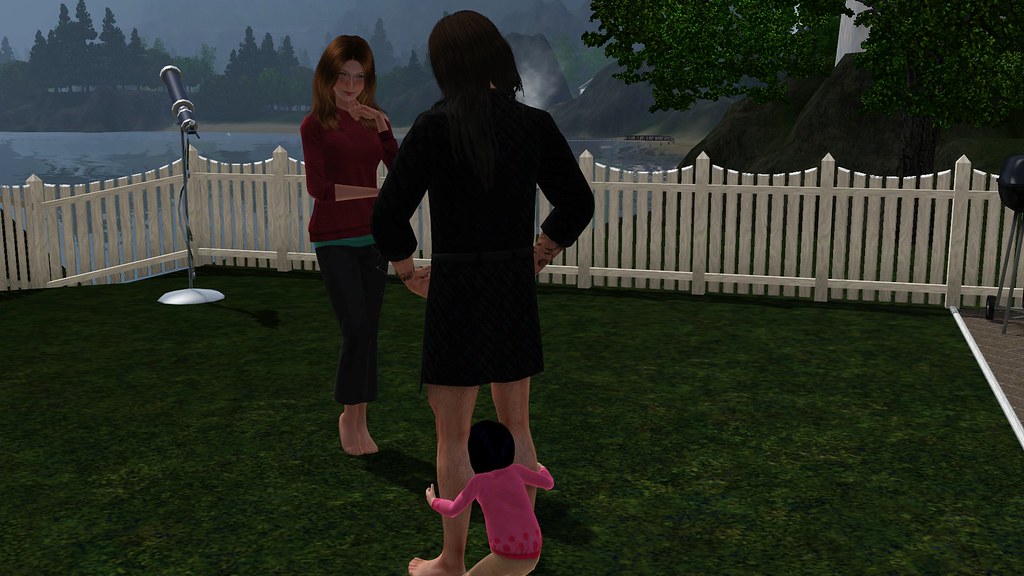 “Everyone thinks they know the story, Dani.  They never do.”  He plopped Violet on the ground and stared at me, hands on hips, clearly annoyed that I’d broken into his scathing rendition.

“Let me try.  She was in a coma, a deep coma.  Very little brain activity.  They were sure she would die but since she didn’t need a ventilator they kept treating her.  And then one day she just…woke up.  She was completely fine except for the shock of being in a coma for 18 months.  She checked herself out of the hospital, which I believe was called Whispering Pines, and was never heard from again.”

“Uh…yeah actually.  Dani, how do you know that story?”

“Because my mom, Penny McNamara, was once Dr. Penelope Sutton.”  Lucian just stared at me wide-eyed and open mouth.  “Which can only mean that your mentor is the doctor who treated my mom.  What’s his name, Lucian?” 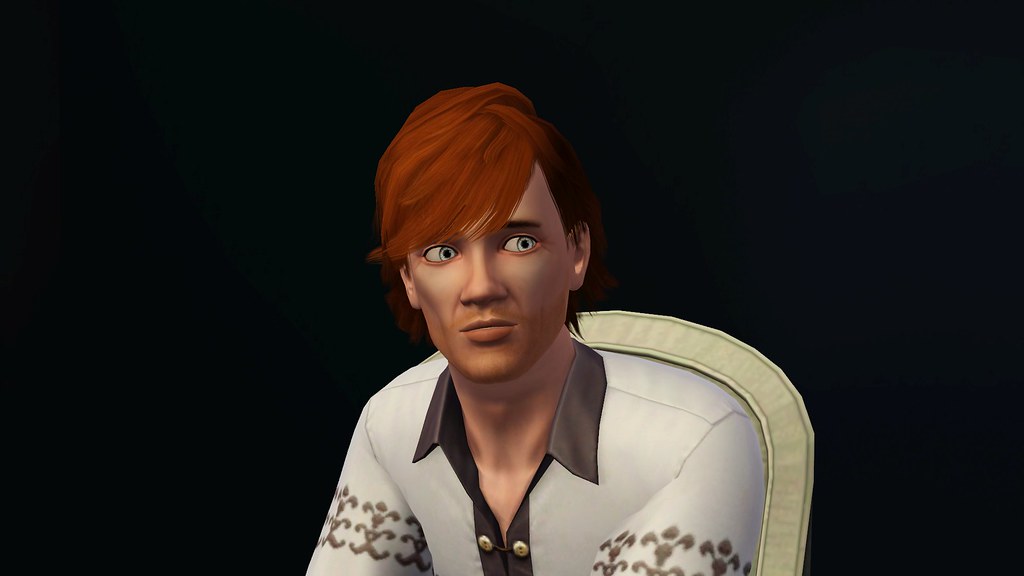 Welp…shit’s about to get real.