Note from SweetPoyzin: Sorry for the delay.  Enjoy! 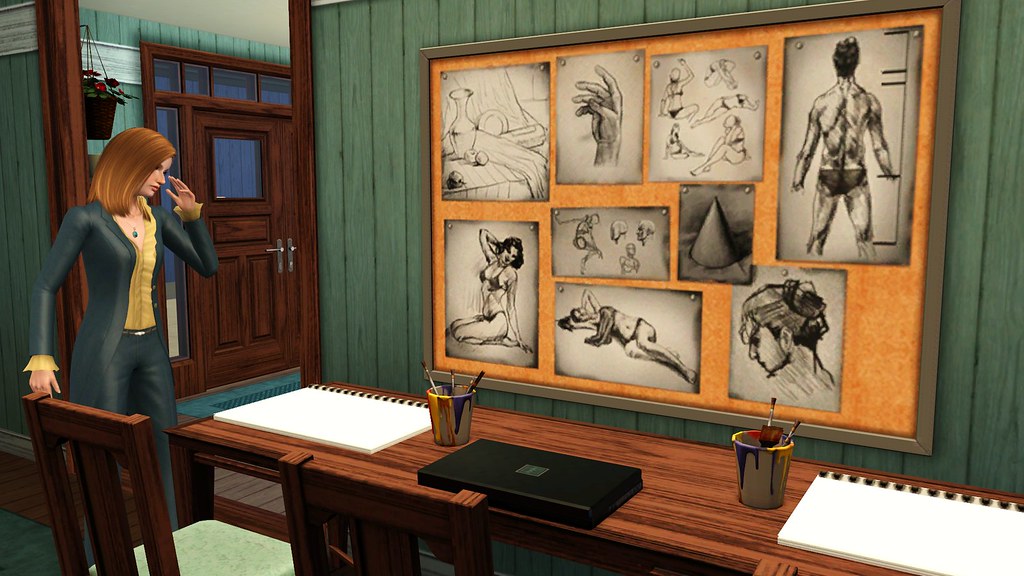 A few months had passed since I started my job at the art dealer and I’d been promoted a couple of times.  Now I got to choose the art that we were to sell.  Oddly enough, it was pretty easy because most people who think they are artists are not.

I was pondering over our latest batch of submissions when the receptionist hollered at me from the lobby.  “DANIELLE!  TELEPHONE!”

“Dani!  It’s Willow.  There’s been an accident!  Sonia is with Violet at the hospital.  Hurry!” 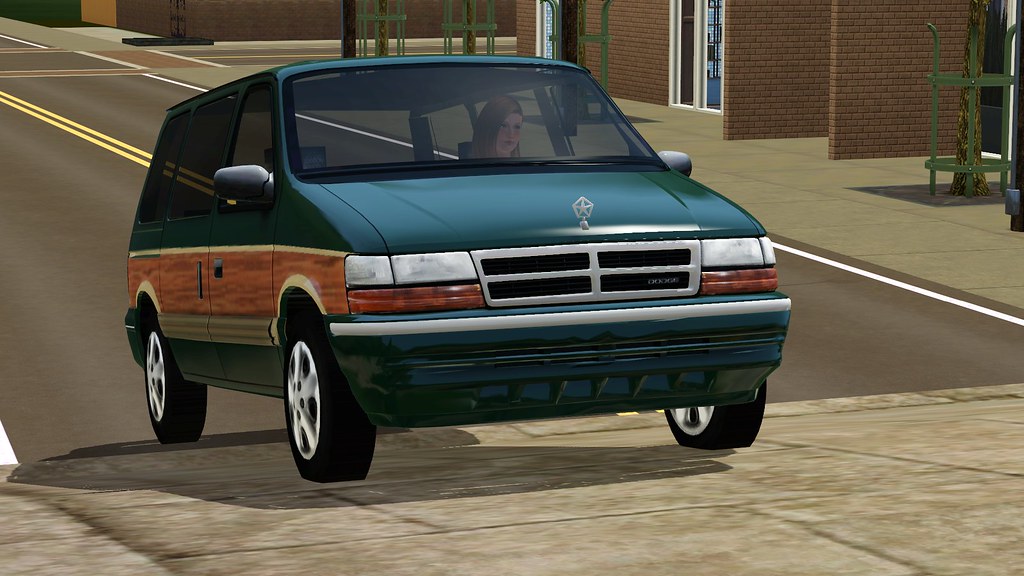 I didn’t need specifics.  The hows and the whys and the whens and wheres don’t matter when you get that call.  I jumped in my old van and floored it.  I still barely hit 50mph, but that was probably a good thing given my frayed nerves. 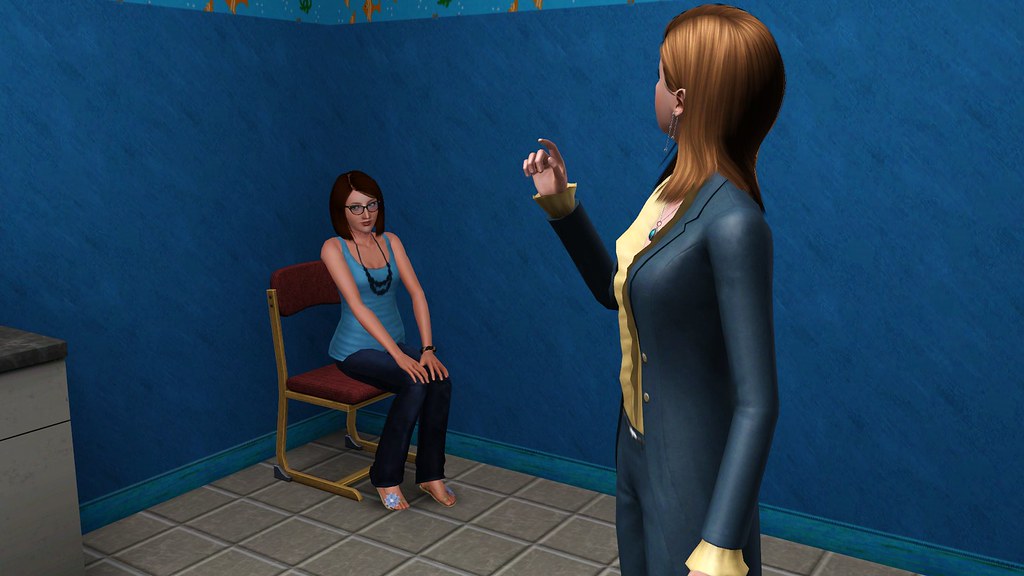 The front desk ushered me to the pediatric ward and I burst into the room.

“SONIA!  WHERE’S MY KID!?”  She didn’t answer, just tilted her head to the right.  I turned around and saw… 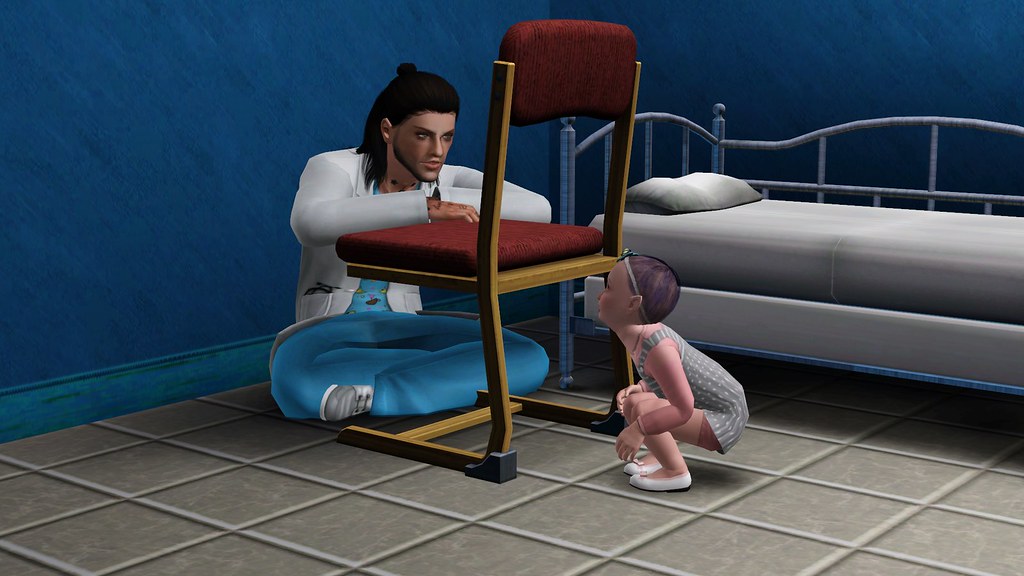 Violet.  She was fine.  In fact, she was full of giggles while playing peek-a-boo with this weird ass nurse. 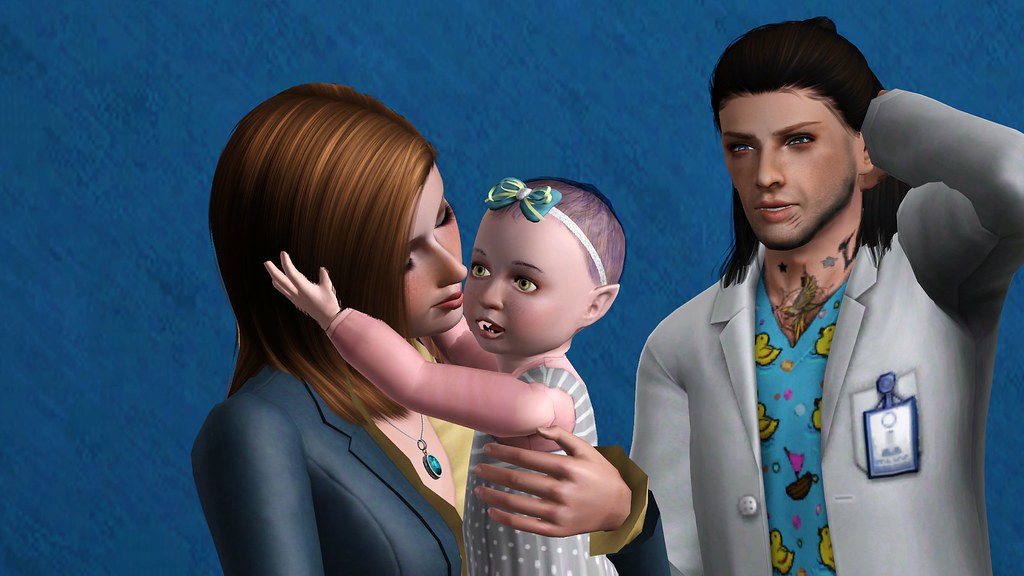 “BEANIE!  Oh, baby, I’m sorry!”  I gave her what must have been close to a thousand kisses.  I kissed her sweet little face until she actually had the audacity to push me away!  “Nurse, could you get the doctor?  I’d like to talk to him.” 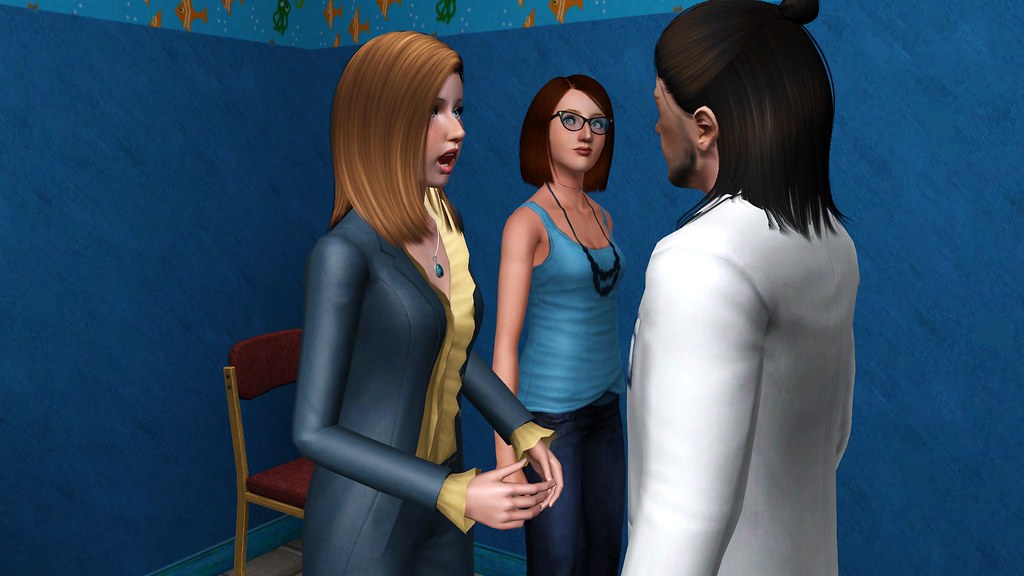 “Don’t look the part.  I know, I get that a lot.”  He smiled at me with those god-awful fangs.

“Uhm, right.  Also, I’m Ms. McNamara.  Vi’s father isn’t in the picture.”  Why I felt the need to insert that into the conversation I’ll never know but there it was, out in the open.

“My apologies, Ms. McNamara.”  He smiled again.  “Anyway, I’m releasing Violet.  Her scans and x-rays came back clear and her blood work didn’t raise any concerns either.  She does appear to have a cookie addiction but in the grand scheme of things, she’s completely fine.”

“Dr. Hale.  Thank you.  We’d better go now.”  I almost added before I say something stupid again but I caught myself just in time.

After we were safely out of Dr. Hale’s earshot, I tore into Sonia.

“What the hell did you think you were doing!?  Taking my kid to that man!?”

“Uh, your kid fell down the stairs and smacked her head pretty hard on the floor!  I had to take her somewhere and it turns out Dr. Hale is a pretty famous pediatric brain surgeon so we won the lottery on that one!”

“Did you see him though!”  I screeched back.

“Ok, well next time your kid gets hurt I’ll just wait until I can get a look-book of area doctors.  Then I’ll wait longer for you to pick one out who matches your weird standards!”

We went back and forth like this the entire drive home.  Willow literally had to jump in between the two of us or we might have resorted to blows. 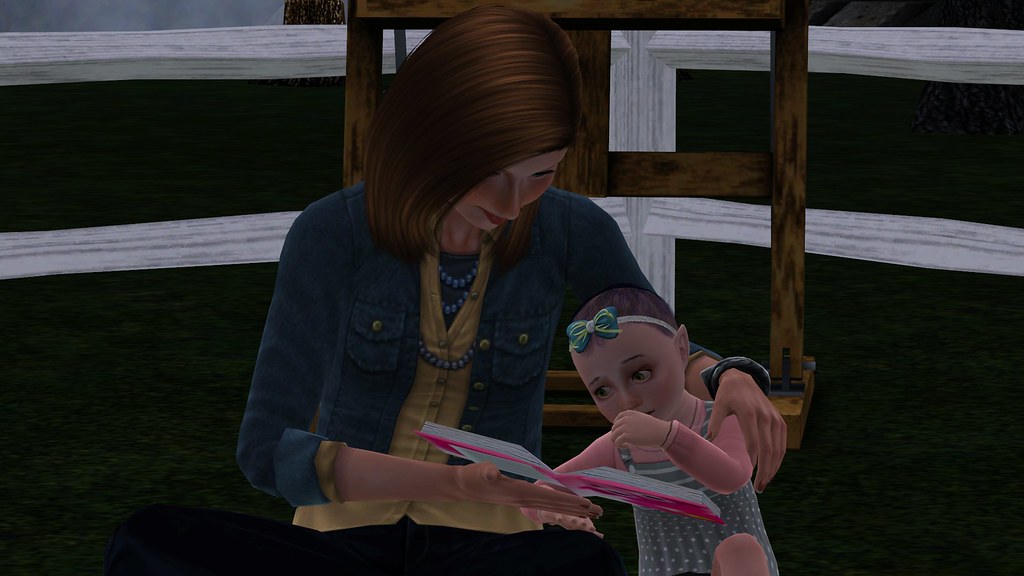 I came to my senses later that night and resolved to apologize to Sonia.  My emotions got the better of me and I took my fear of losing Violet out on Sonia.  I spent the evening with Vi just to put my fears at ease.  It turns out the weirdo doc was right.  She’s fine. 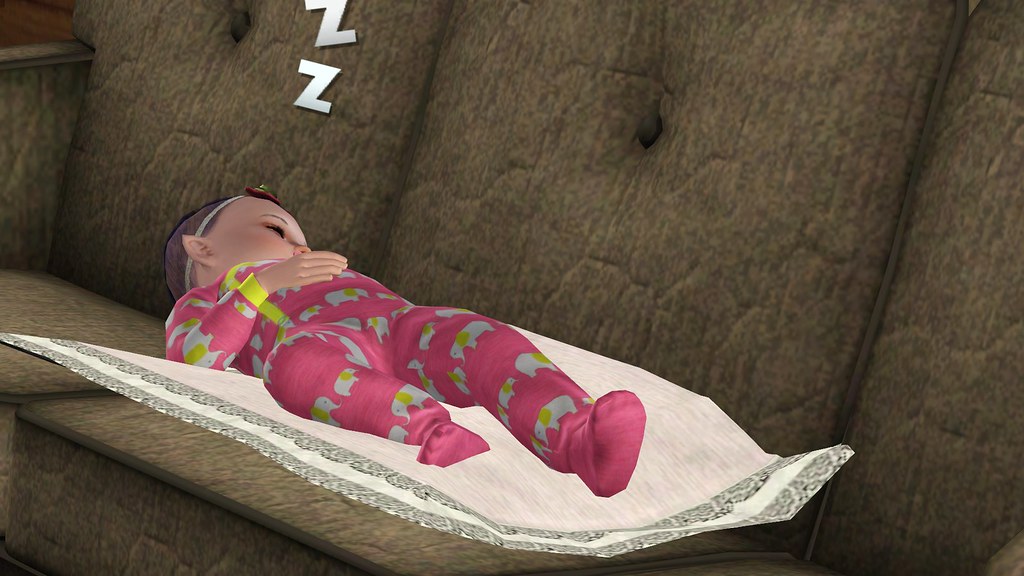 Still, I couldn’t bear to part with her and I let her sleep on the sofa while I cleaned the house a bit.  At 9:30 my phone rang and I stepped outside so I wouldn’t wake Vi. 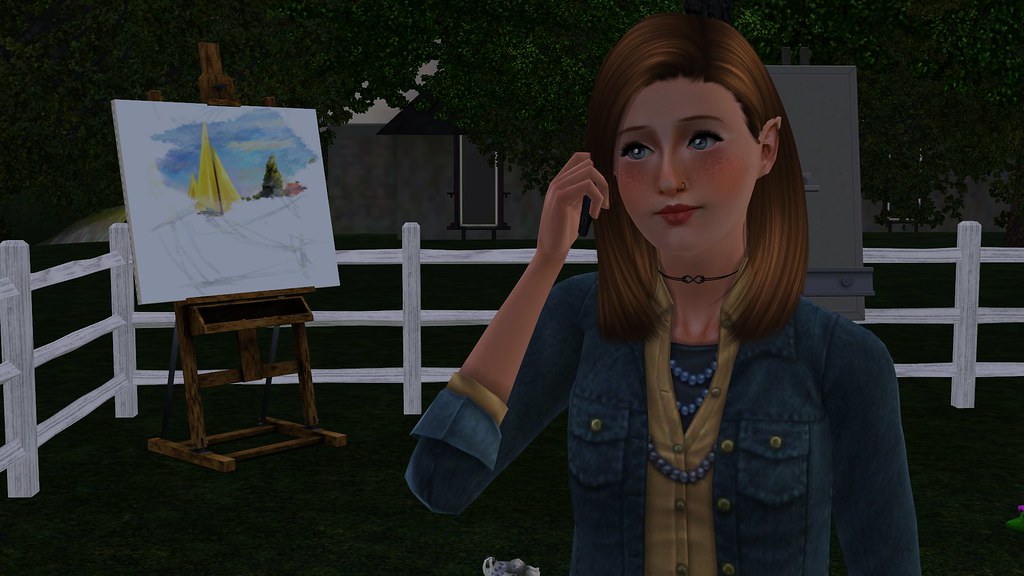 “Oh!  She’s fine, Dr. Hale!  She played all evening and then fell asleep on the couch.”

“Of course not!  I’m watching her now.”  This was a weird call to say the least.

I didn’t even know how to answer that.  So I told him I’d get back to him.  Which was a brilliant answer.  Oy. 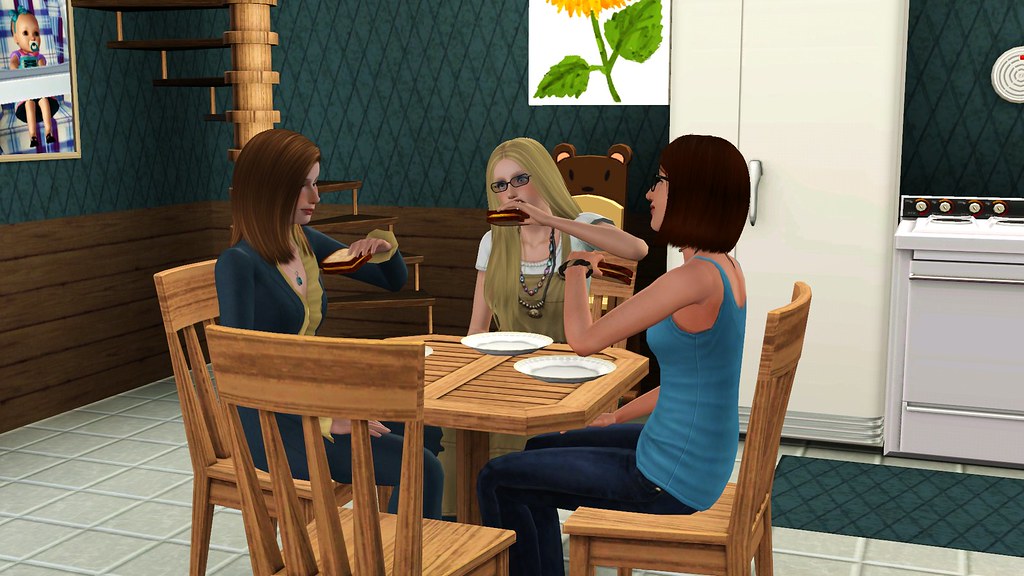 The next morning over breakfast PB&J (don’t judge, we’re still squeaking by), I asked the girls what they thought.

“Do it.”  Sonia chimed in.  “I mean, I watched the whole awkward scene yesterday.  I was worried I’d have to cover Vi’s eyes while you two went at it on the counter.”

“Wow.  Thanks for that vision, Sonia.”  Willow grimaced, “but if it’s as bad as she says it is, then yeah, you should meet up with him.” 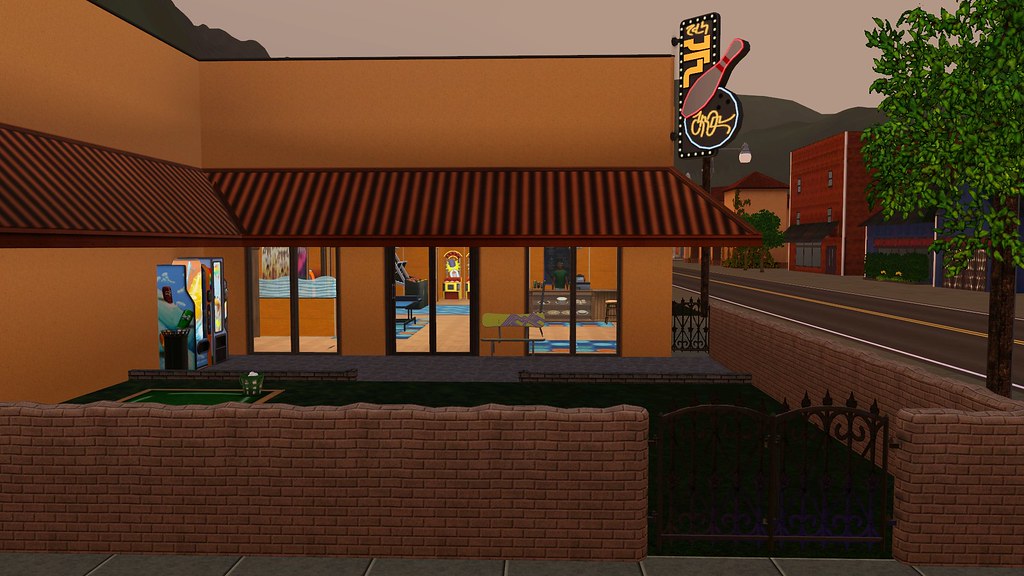 I decided to tell him to meet at the arcade.  It was literally across the street from the house so Sonia and Willow could “rescue” me if the date was awful. 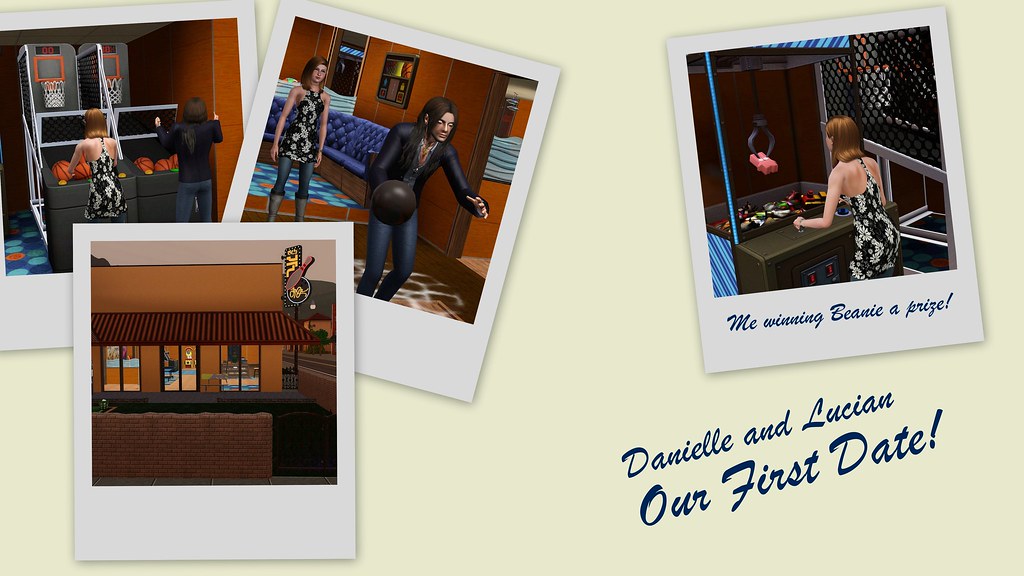 It wasn’t awful at all.  In fact, I made a scrapbook page like some lovesick tween.  This would be totally normal if I actually scrapbooked.

He’d better call because if I spent $150 on scrapbook materials and this is the only page I make, I’m gonna be seriously pissed.

Notes:
Lucian Hale is modeled off of bmit’s creation Derek Hale.  I changed his hair, clothes, occult status, and gave him the scar.  Many thanks to Bee for allowing me to modify her sim!