Note from SweetPoyzin: Sorry if any of this is incoherent.  Painkillers. 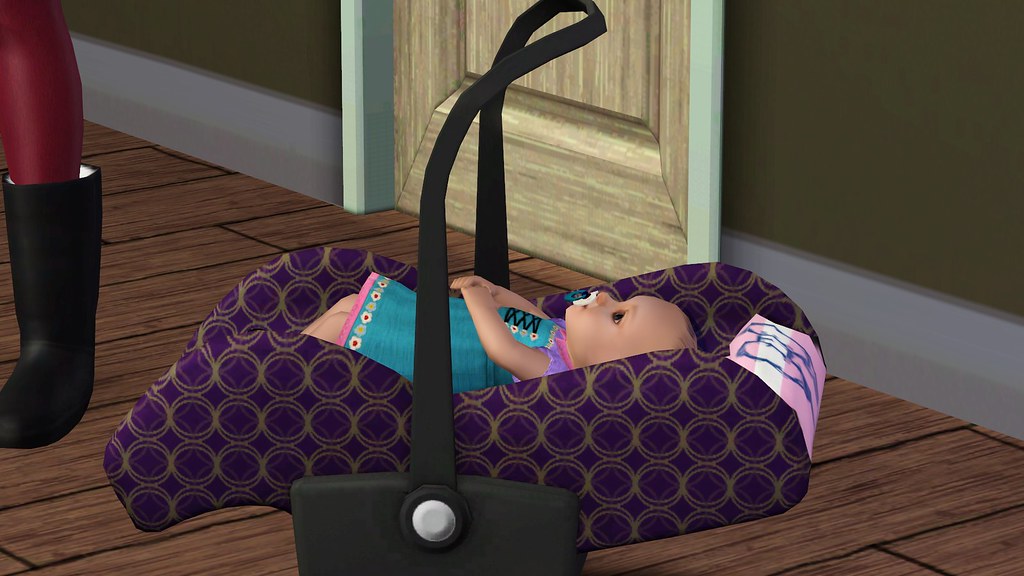 “Mom?  Dad?  Hello?”  I wandered around the foyer trying to find someone.  You’d think that they would have been excited about my homecoming but everyone seemed to be out. 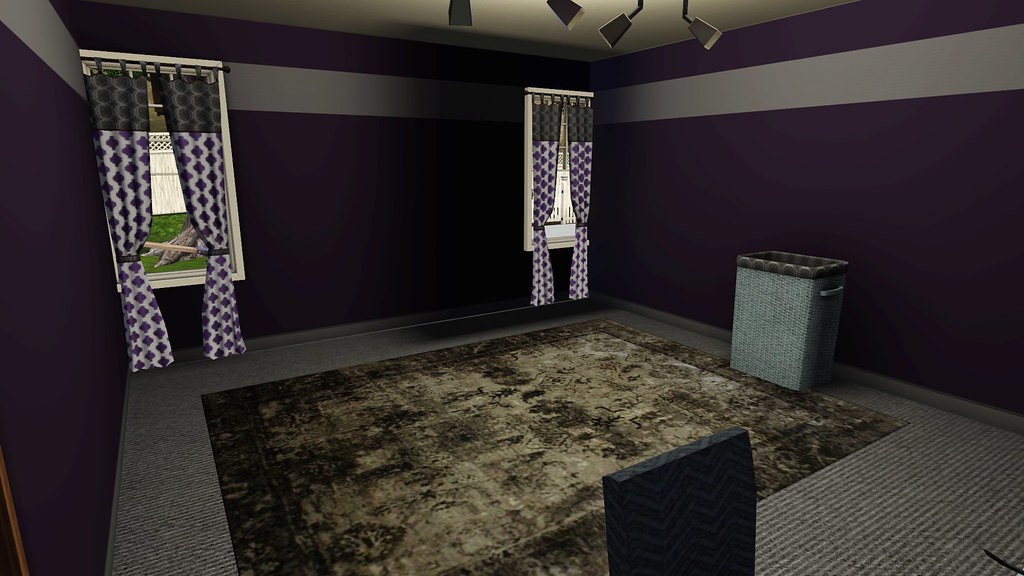 I decided to take Violet and lay down for a bit.  There was only one problem…all my stuff was gone.  Of course I immediately assumed the worst: they knew I had gotten knocked up and they threw me out of the house without telling me. 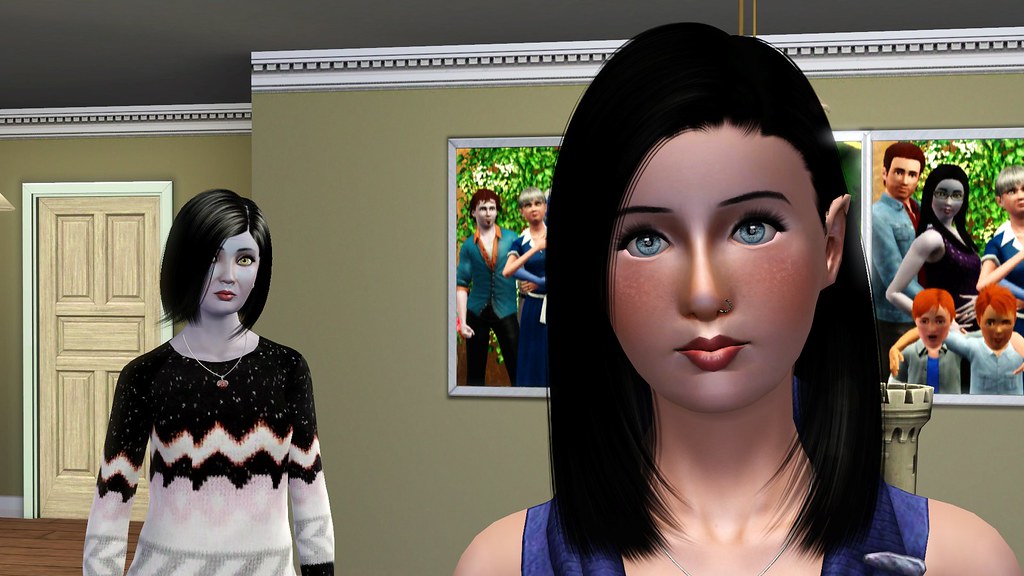 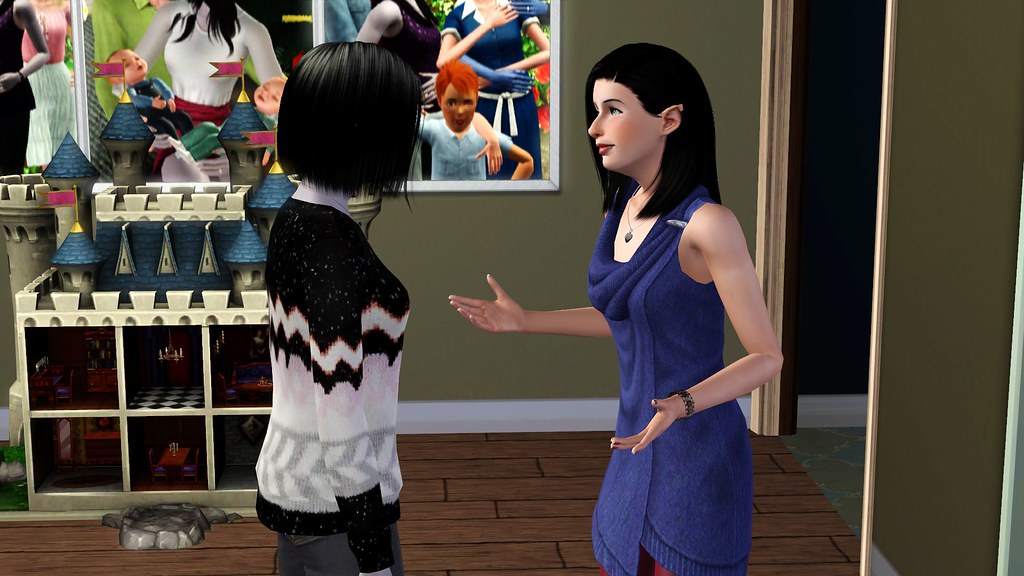 I spun clear around and launched into an explanation. 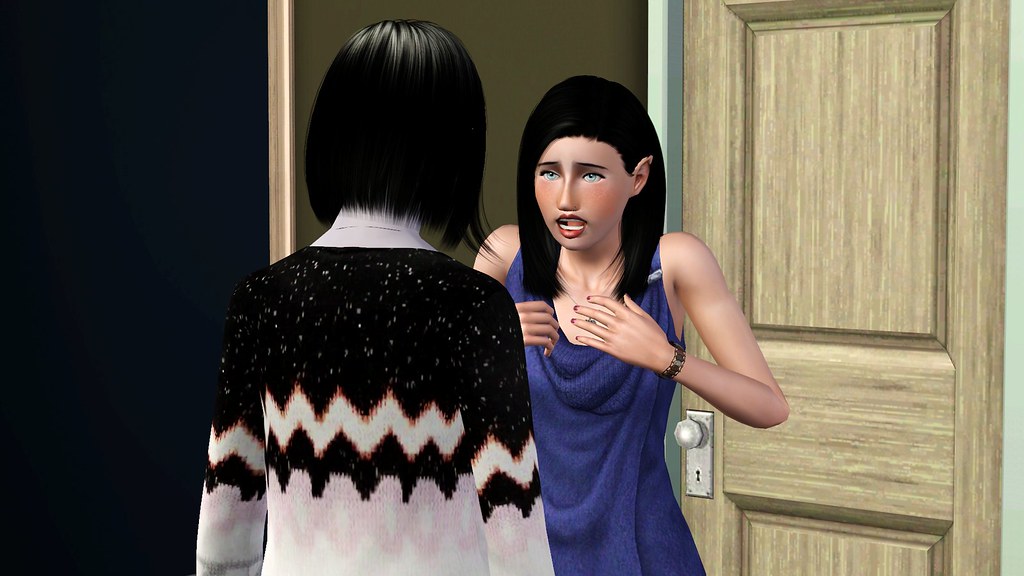 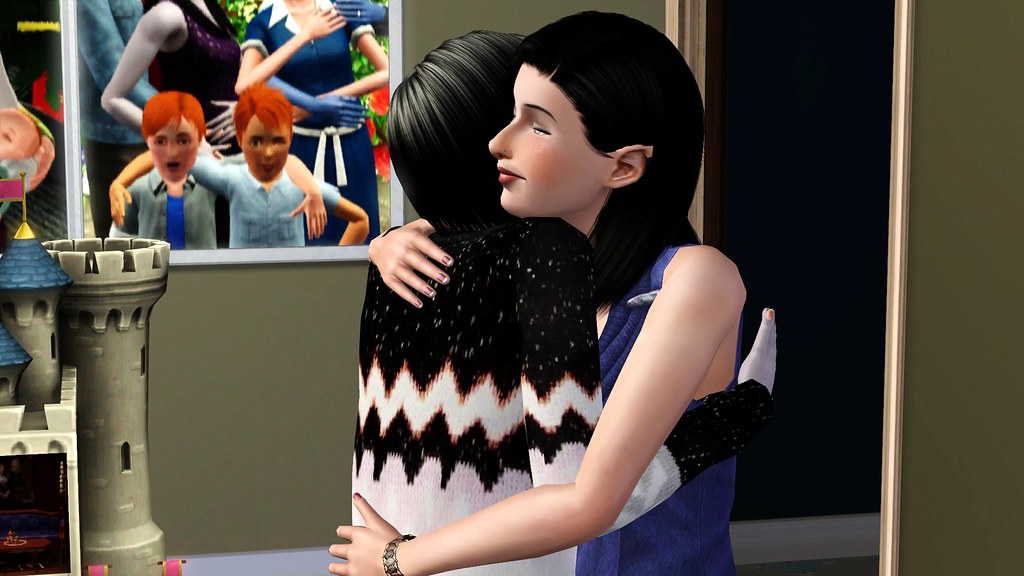 “Oh, Ellie Jayne,” Mom grabbed me and hugged me a little too tighly, “we’ll always love you.  Even when you do something ridiculous like run away.  You know, you’re not the first woman in this family to do that.” 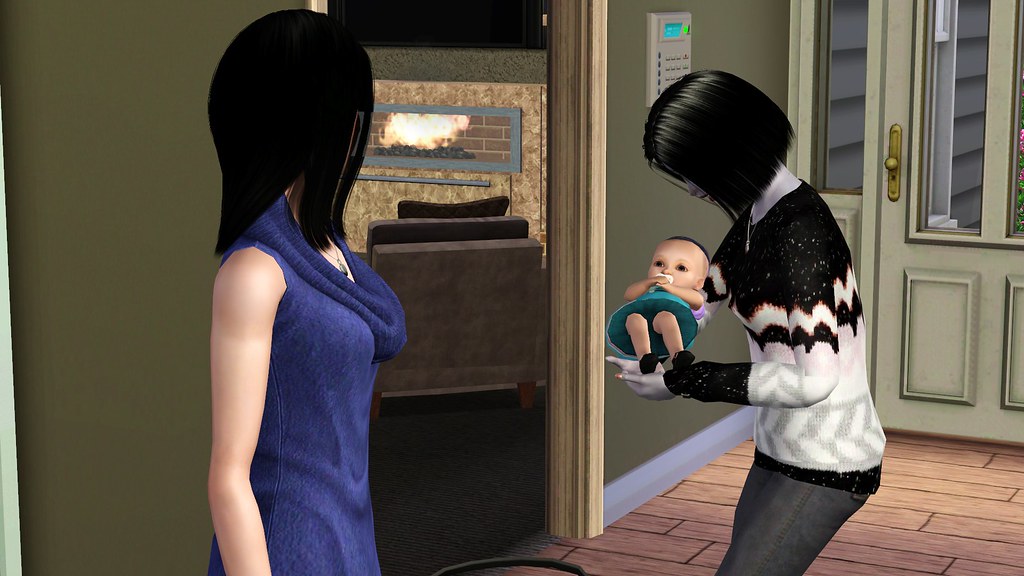 “Don’t be silly, of course not.  More on that later, dear.  First, can — can I hold my granddaughter?”

“Of course, Mommy.  Her name is Violet Grace.” 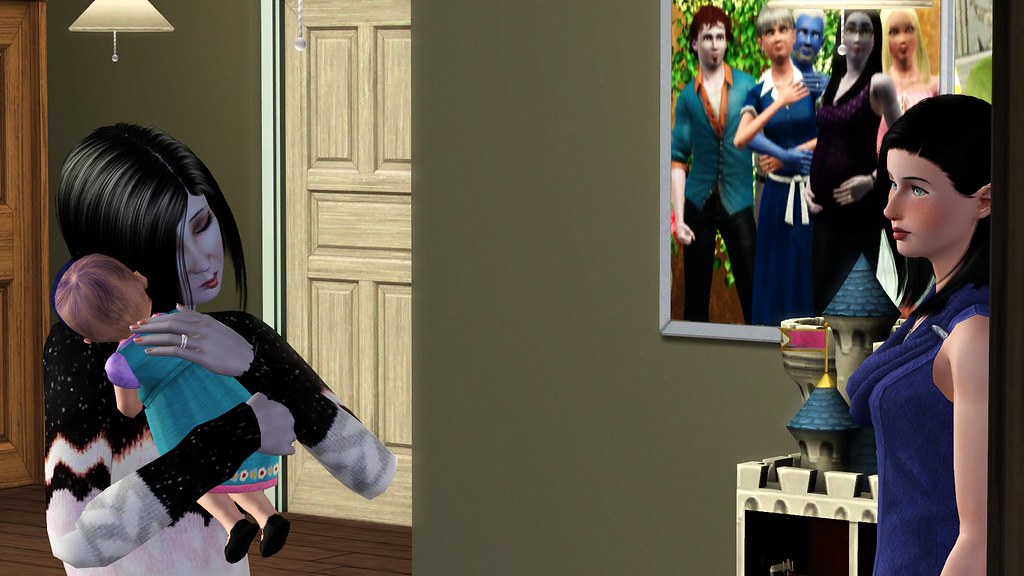 Watching my mom hold my daughter was amazing.  I wasn’t entirely sure I was forgiven for running off.  I’d have to ask about the other escapees later.  I didn’t have much time to ruminate on that before Annie came running in.

“MY TURN!  Can I hold the baby, Dani?  Pleeeeeeeease!” 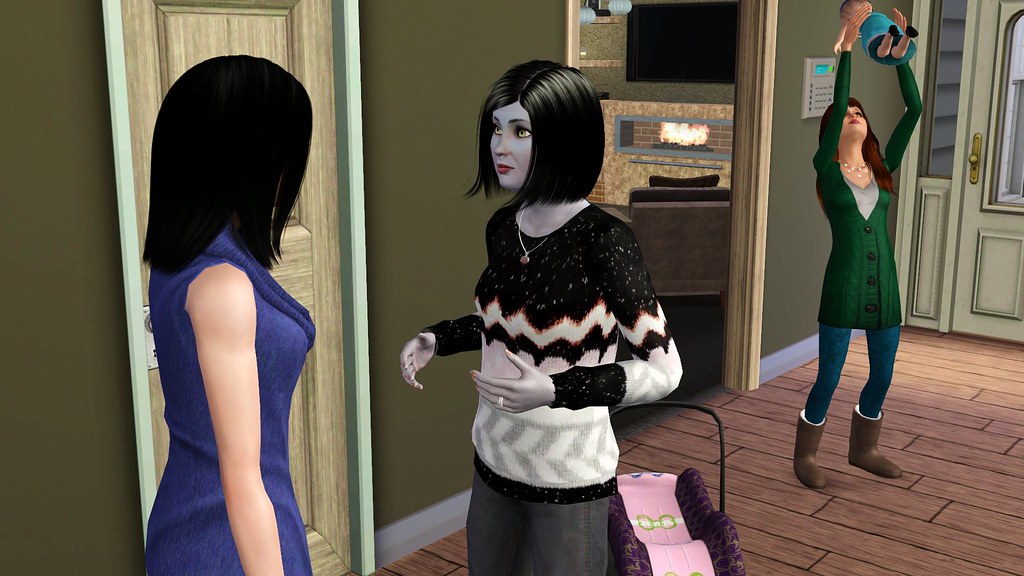 “That’s a great idea, Ellie Jayne.  Annie can babysit.  Your dad and I have something to show you next door.”

“Alright.  JESUS!  Don’t drop my kid, Annie!”  I was horrified to see my sister tossing my baby in the air.

“I got this Dani!  I babysit for Owen and Aiden all the time now!”  That did not make me feel any better. 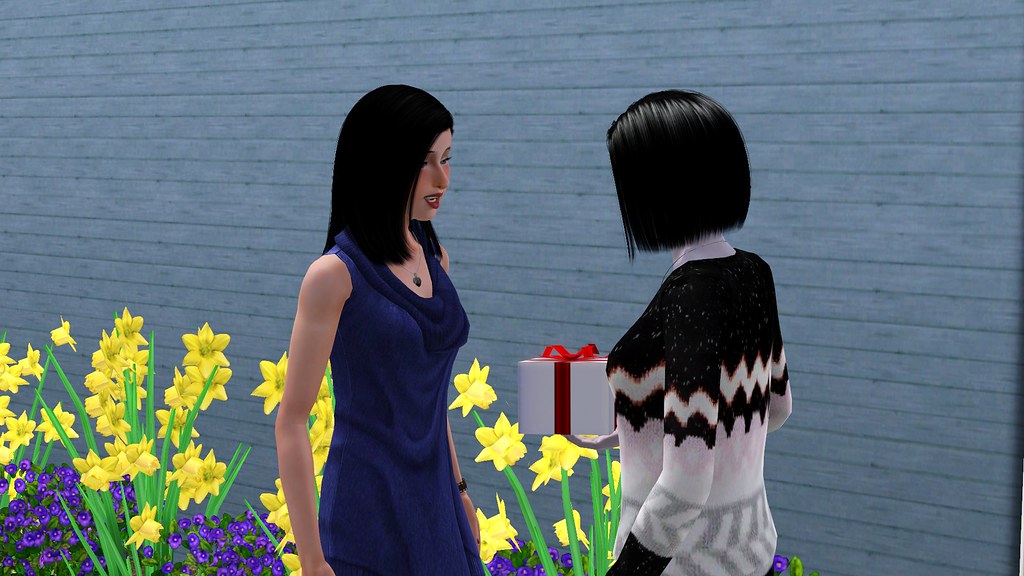 We wandered next door where I new house had popped up.  It was a cute little blue thing with a large yard and a pond.

“Here are your keys, Ellie Jayne.”

“Your father and I built it.  We bought both Aiden and Owen houses when they married.  We wanted you to have the same.  Since you’re right next door, I can come over and watch the baby while you go to class.  We’ll keep the arrangement as long as you’re in school.” 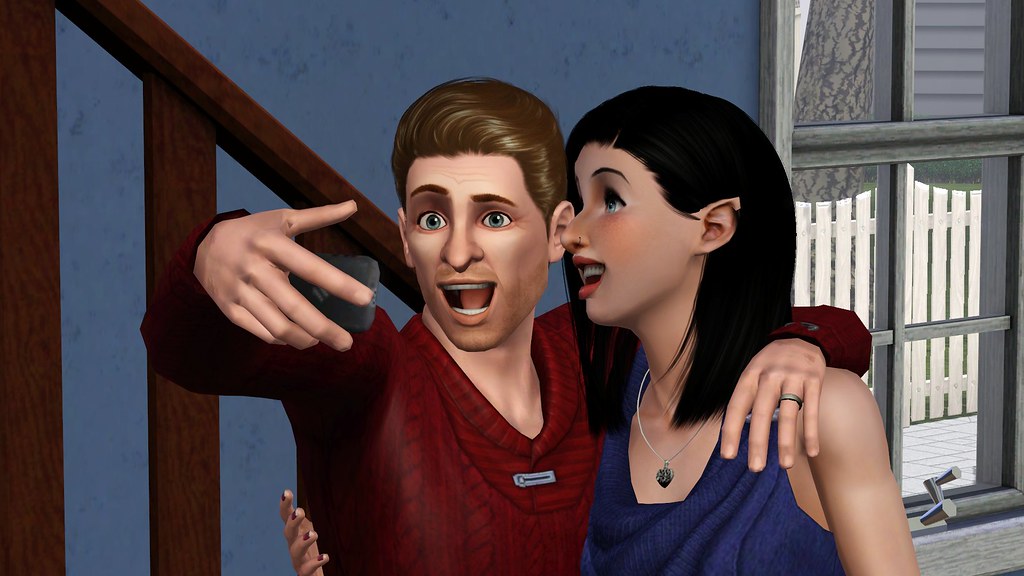 Dad greeted me as soon as I got inside.  By greeted I mean he grabbed me and immediately started taking selfies. 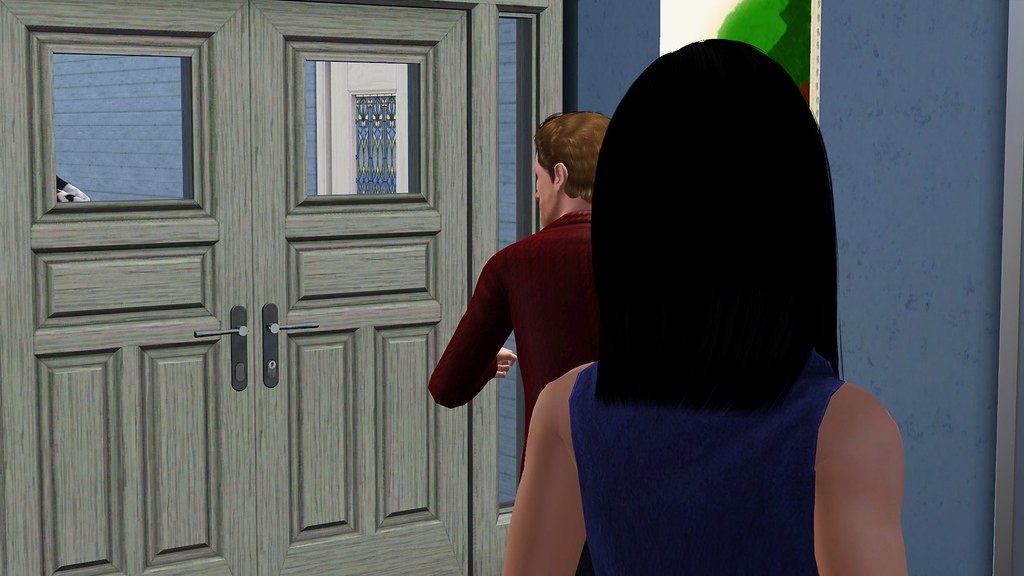 Duh, I thought.  Whatever. 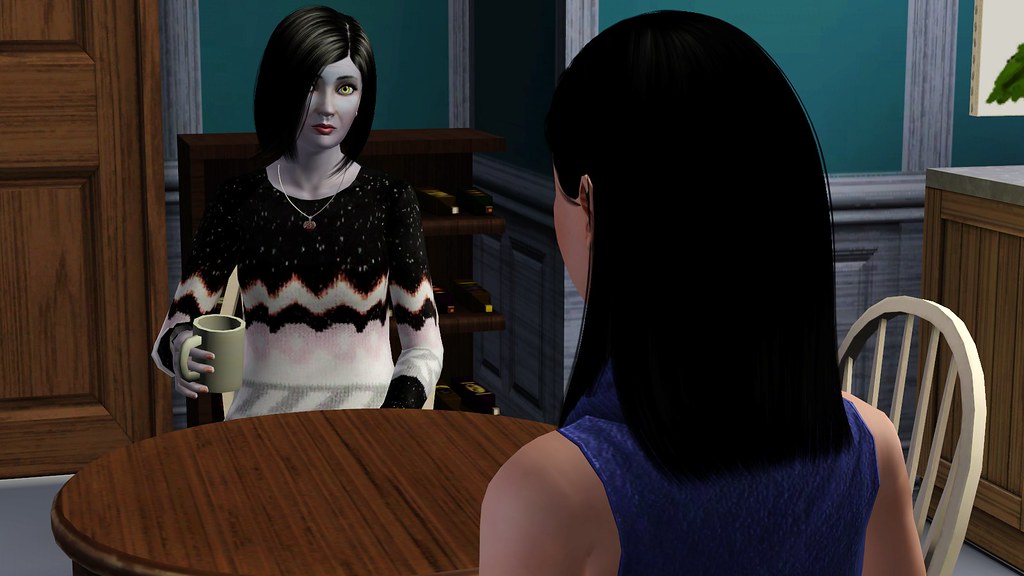 “Honey, come sit down and have some coffee with me.  I have some things I need to tell you.”

Grandpa was right.  Apparently, there was a lot to my mother that I didn’t know.  She spun a tale about three husbands, a coma, siblings that I never knew.  It was insane, the kind of story that was meant for a book, not real life. 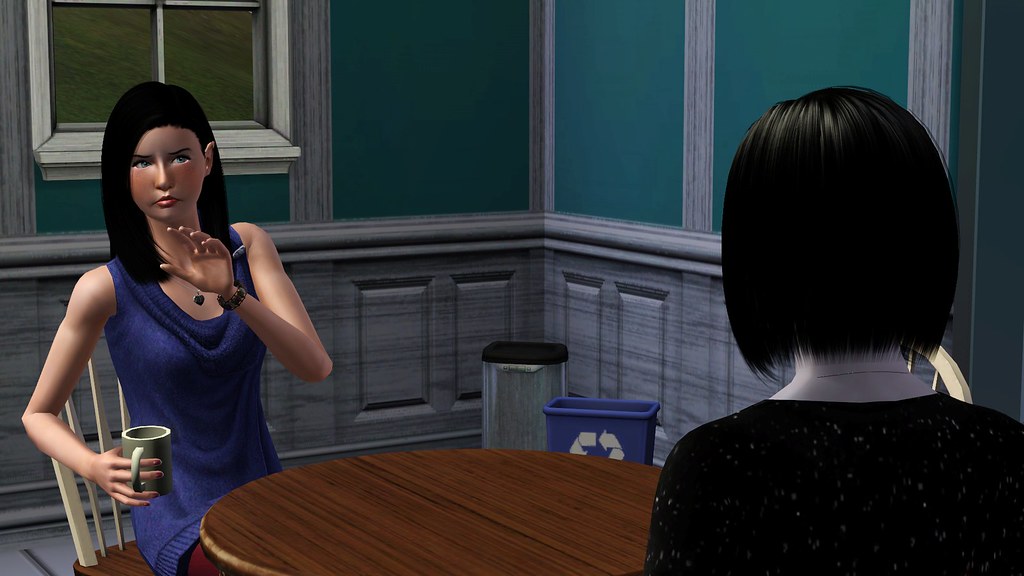 “And then after I woke up from the coma and found out my marriage and children never existed, I ran away myself.  All the way to Meadow Glen where you and your brothers were born.  So you see, Ellie Jayne, the apple didn’t fall far from the tree.  We’re runners.  When something goes wrong and we don’t know how to deal, we run.”

I could not believe that my mother and I were this much alike.  It was a little bit mind boggling.  I kept trying to say something but what could I say?  My mother had lived a life more difficult that I could have dreamed of.  Luckily she was expecting my babbling response.

“You don’t have to say anything now.  In fact, I have to pop home and get dinner on the table and you have a little one to care for.  We’ll be right next door if you need us.  Call any time, Ellie Jayne.  We love you.”

And then she left me alone with my baby for the first time ever. 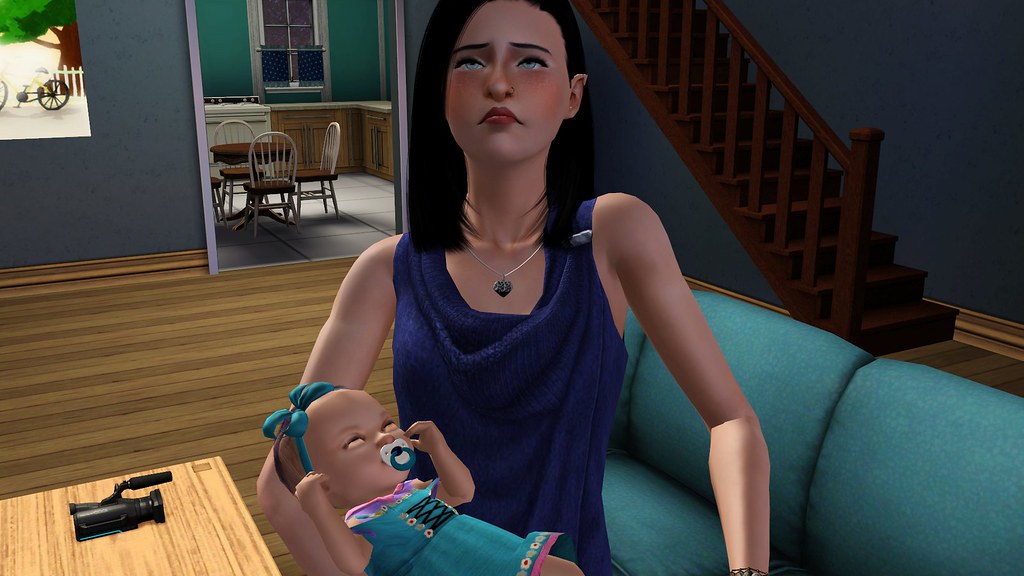 Naturally, Beanie took this moment to heart and decided to scream bloody murder. 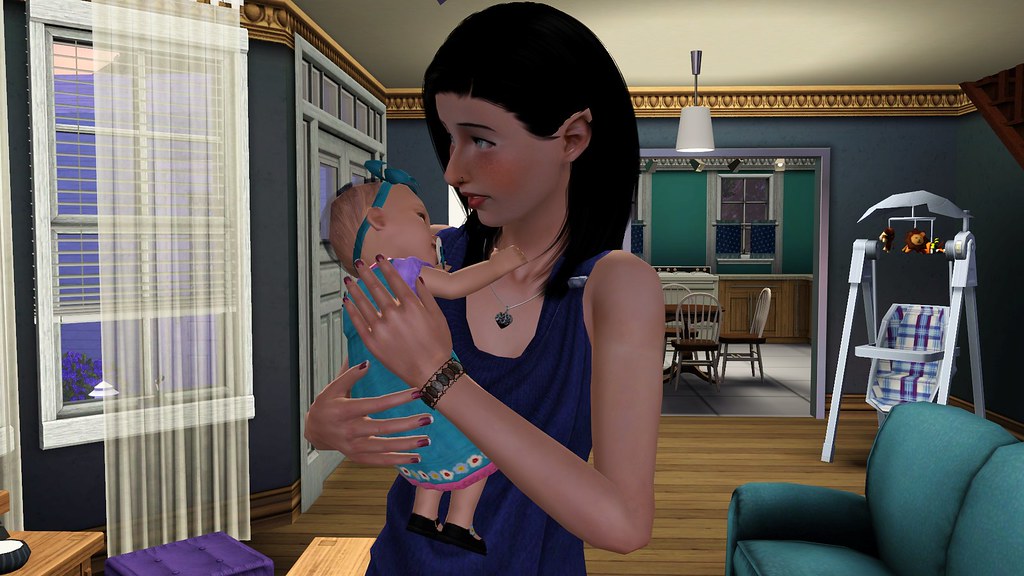 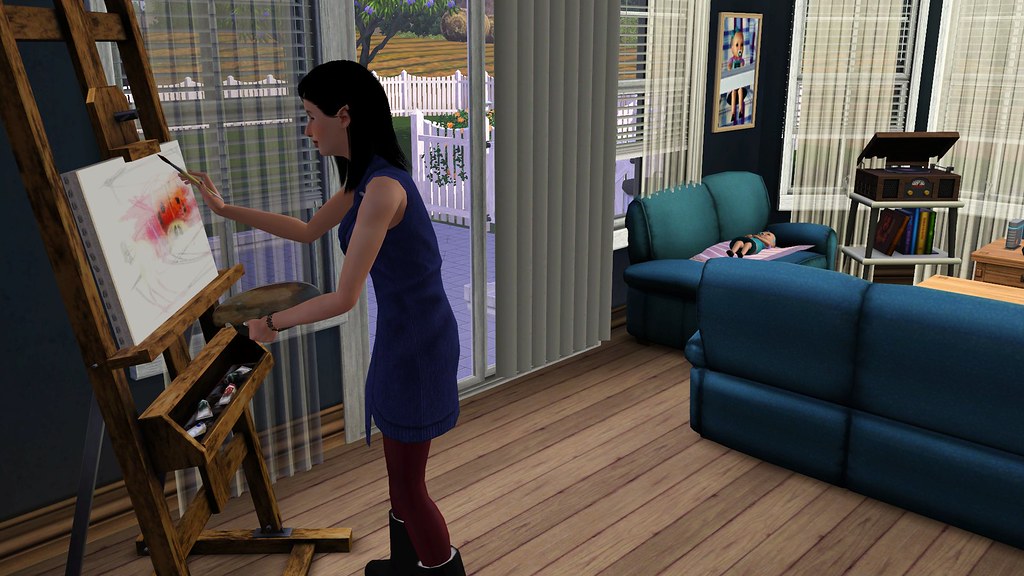 Either way it worked and she went down for a short nap on the couch.  I was able to jump start a painting for her room. 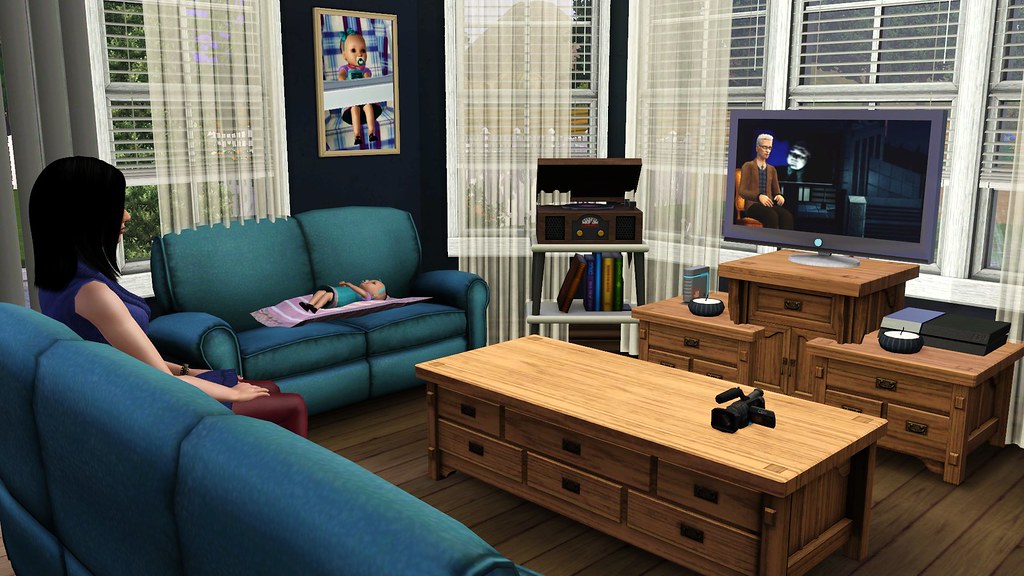 Then I got bored.  Living on my own was less exciting than I thought.  There was nobody to talk to except Beanie and she was great at listening but not very good on the conversation end of things.  So we just chilled and watched horror movies on TV. 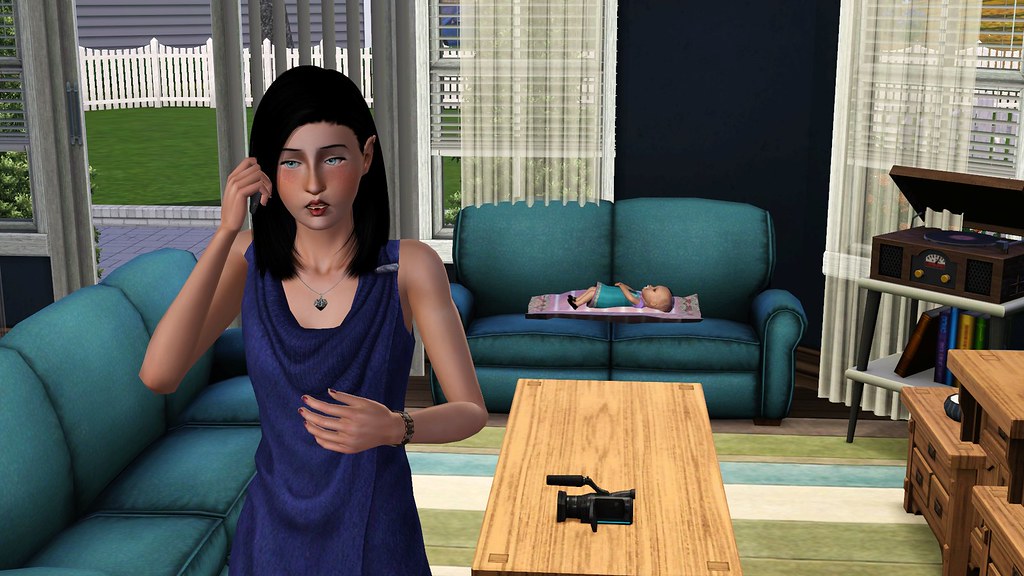 Dinner time rolled around and I realized that I have to buy my own groceries now.  Which I had not done.  I called the pizza man instead. 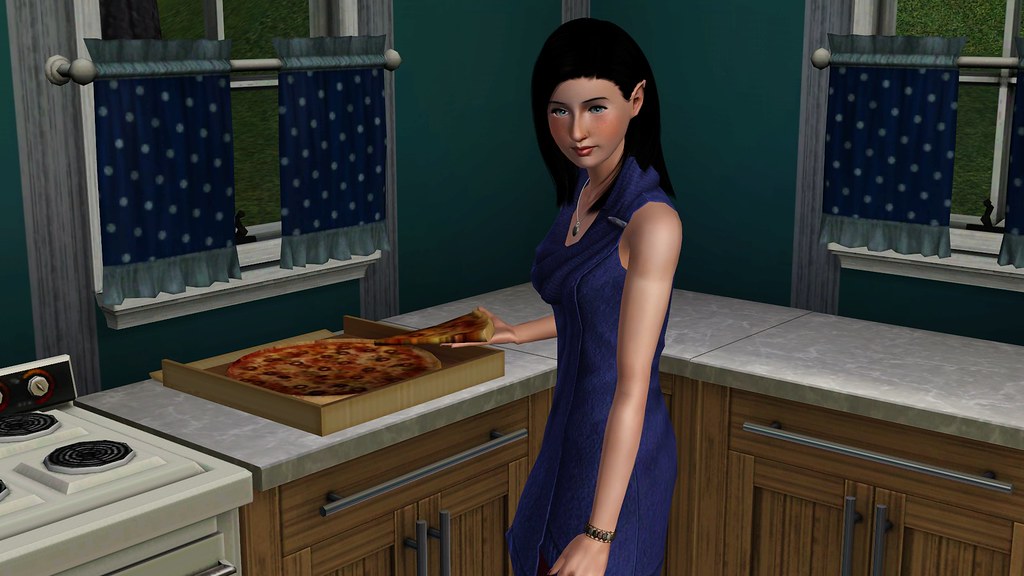 After eating pizza alone in my kitchen (over the sink I might add), I decided that tomorrow would require some grownup adventures, like buying dishes and groceries. 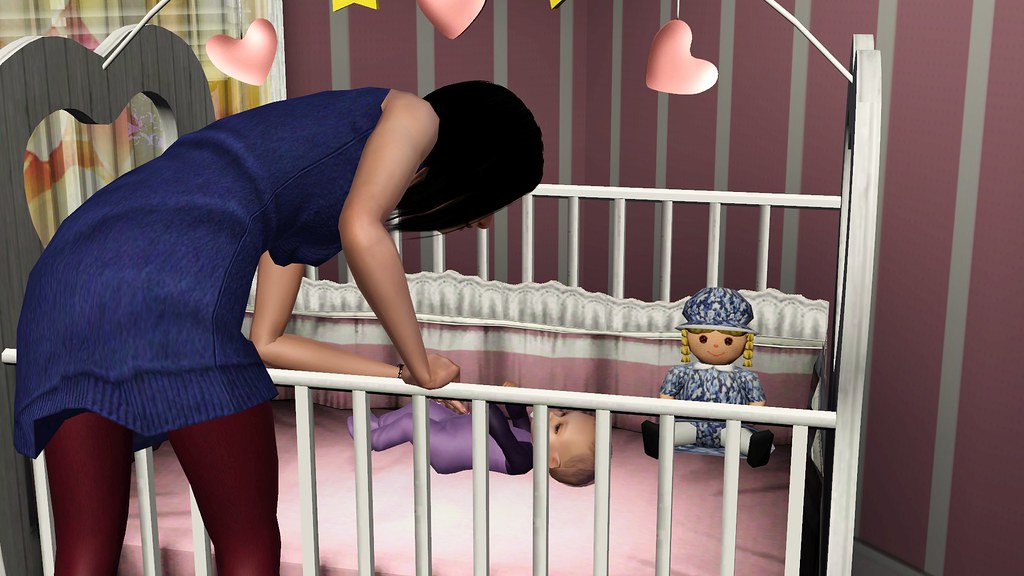 I tucked Violet into bed for the first time in our own house.

“You’re going to be a big girl and sleep through the night tonight, aren’t you!” 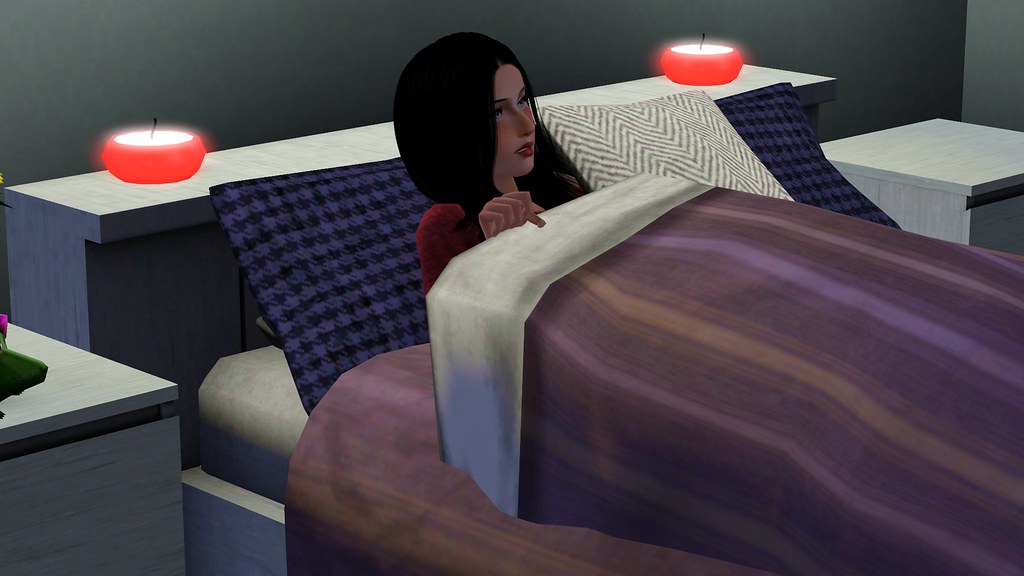 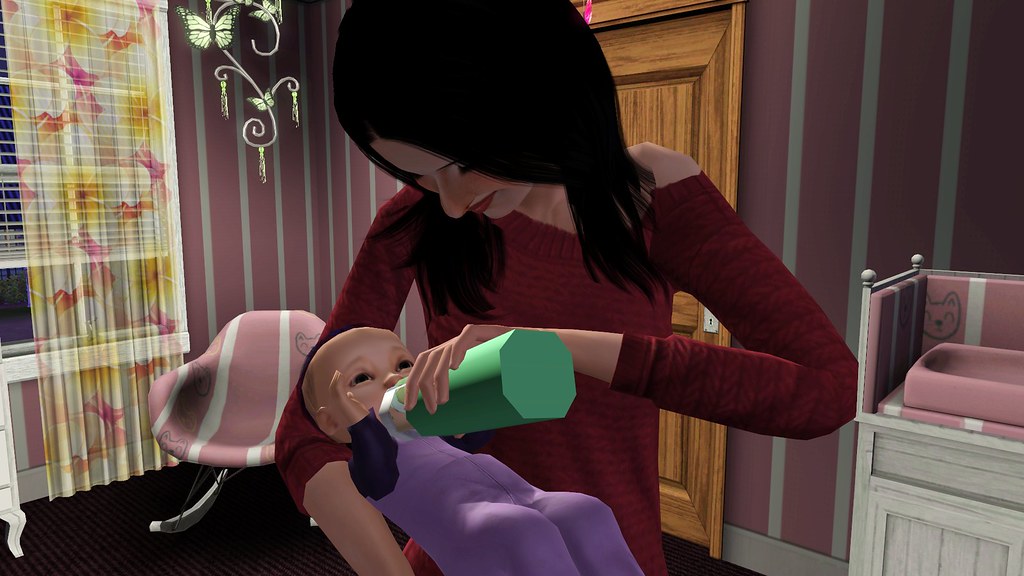 We were up four times that first night.  This was going to hurt come morning but I couldn’t be happier.